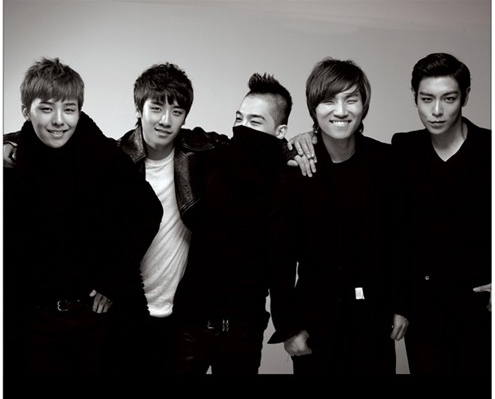 Finally…..  YG Entertainment has announced that Big Bang‘s comeback album will be released on February 24, 2011.  After an absence of almost two years on the Kpop scene (as a group), Big Bang will release their as of yet unnamed album the day before the opening of their 2011 Big Show Concerts which will be on February 25th – 27th at Seoul’s Olympic Gymnastics Stadium.

Their comeback performances will then be at the Big Show Concerts instead of on any music programs.  The reasoning behind this was that after making fans wait for so long they thought that their fans deserved to be the first to see their comeback.  Also, the time they are alotted on the music programs is limited, so they would only be able to perform two (maybe three à la 2NE1) songs on a show.  After making fans wait so long, they thought that if their comeback was at the concerts they would be able to show fans all their new songs instead of just a few.

YGE went on to state that Big Bang is anxious to show fans how much they have grown and developed since their last promotions.  Other than the material off of their new album, songs from the GDTOP sub-unit and from Seungri‘s new solo album will be featured.