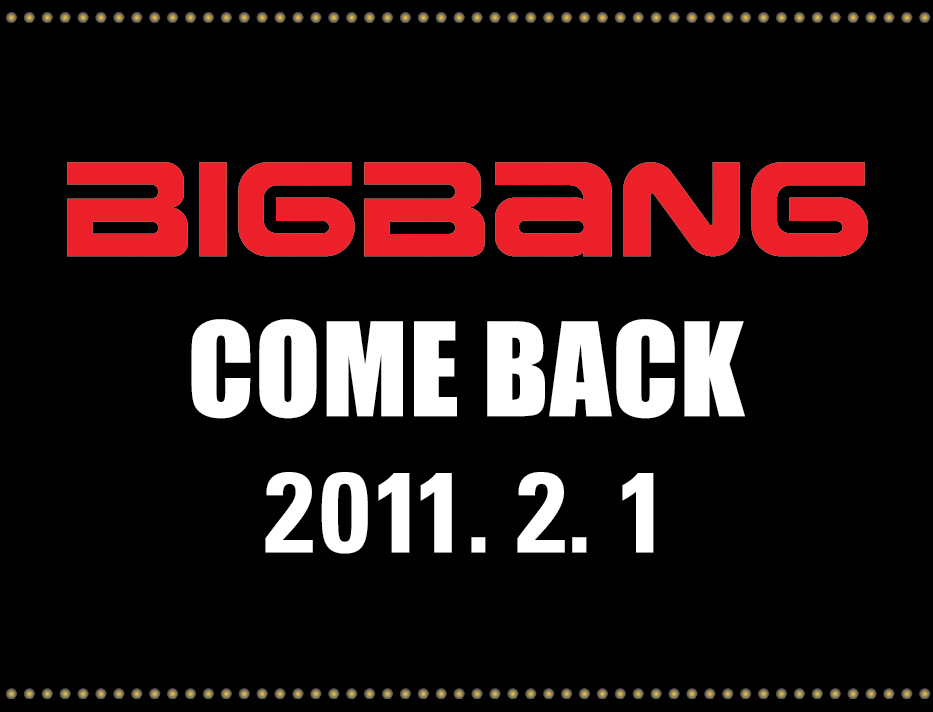 The good news is we have a confirmed comeback date from YG Entertainment, the bad news is that it’s about 2 months later than expected.  The countdown on YGLife revealed the comeback date for Big Bang will be on February 1, 2011.  There is more good news though, and for all the good coming out with the bad, I’m willing to wait.

Many have been wondering what was going on with G-Dragon and T.O.P.‘s High High party the wait is over.  The rapping duo of Big Bang will be releasing a full length album.  I guess T.O.P.’s album morphed into a GD/T.O.P. album, I’m not complaining, just saying.  The single/title track for the album will be released on December 15th with the full album dropping on the 24th, Merry Christmas VIPs from YG Claus. 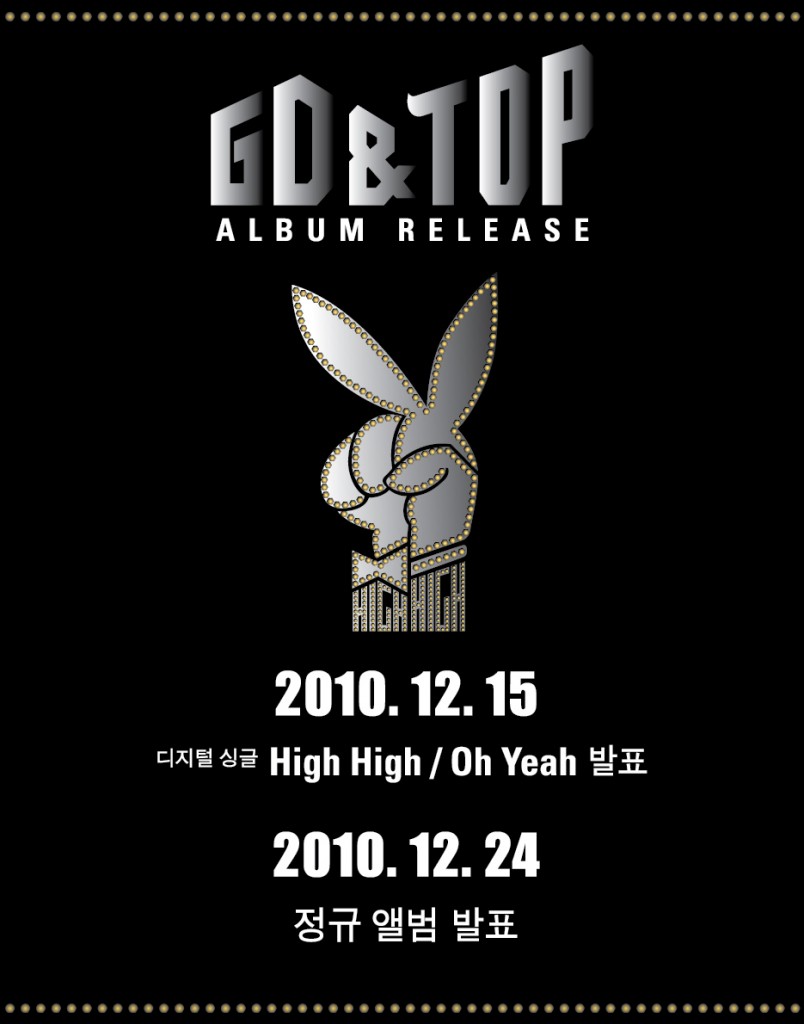 The tracklist for the G-Dragon & T.O.P. collab album has also been released.  It consists of 11 songs including T.O.P.’s previously released “Turn It Up.”  What is impressive though, is that all of the songs’ lyrics were written by G-Dragon and/or T.O.P. and they also had a hand in composing all the songs along with Teddy and E. Knock (fka Kush). 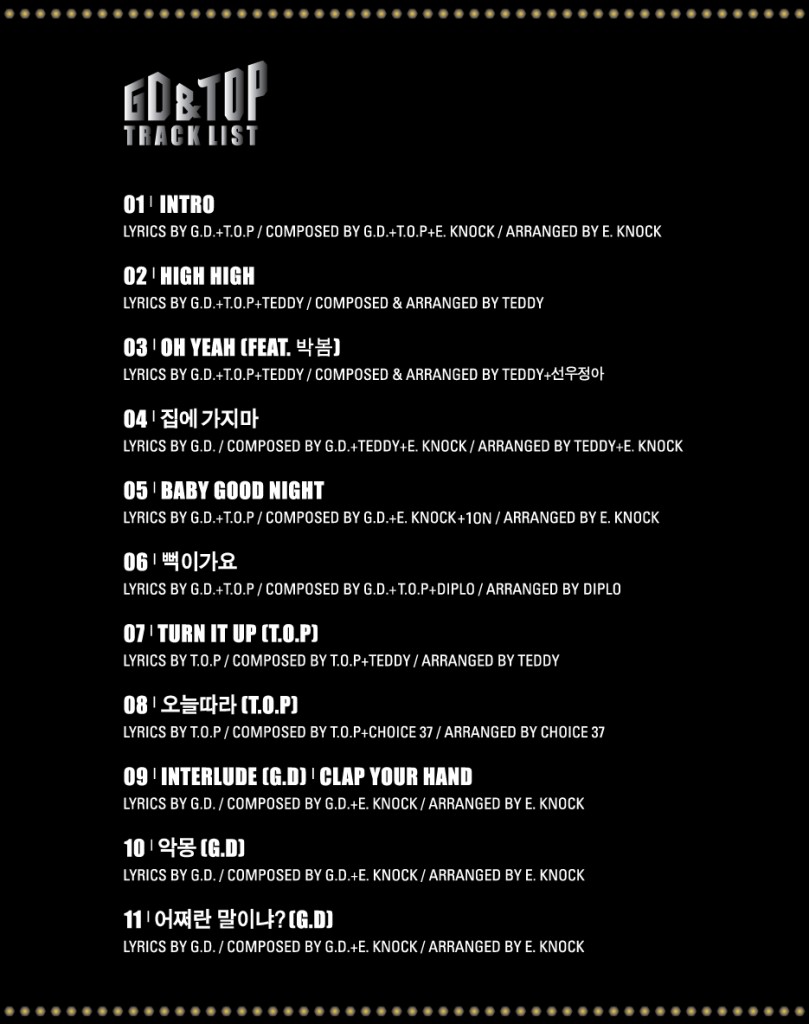 Maknae Seungri hasn’t been idle either and will be releasing a solo digital single on January 3rd. 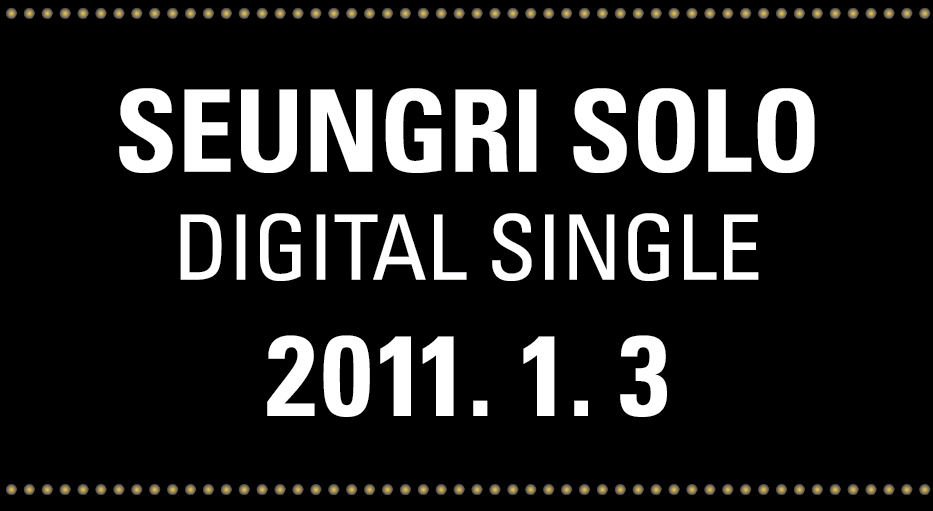 So, there you go Big Bang fans you’re covered with something new for the next three months.  I’m a little disappointed at the delay, but it’s a given with YG, no?  I also rather wait a couple of months and get an album they completed to their satisfaction, than a rushed one.  It’s been two years, what’s another couple of months?  Now all I need to know is when Daesung‘s album is coming out, but I’m sure with all the work he’s doing on his upcoming drama What’s Up? the album must be on hold.