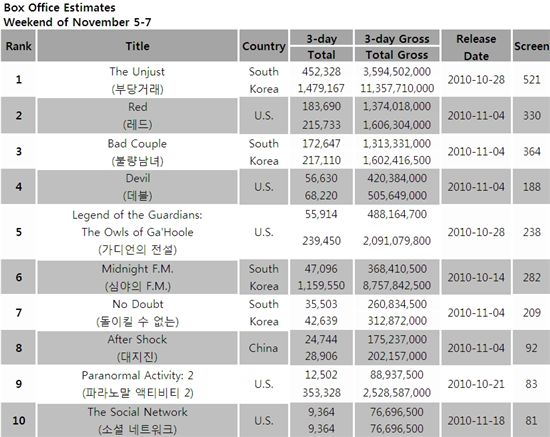 Weekend box office numbers are out, and it looks like 2 Korean films hit top five, while the rest are made up of American films. Sitting pretty at first place is “The Unjust,” starring Hwang Jeong-min and Ryu Seung-bum. It’s described as an action thriller that revolves around widespread corruption in a prosecutor’s office. Sounds…pretty standard. “The Unjust” brought in about 400,000 viewers over the weekend, earning about $4 million won.

Rounding out top five are Red (US), Bad Couple (S. Korea), Devil (US), and Legend of the Guardians: the Owls of Ga’hoole (US). 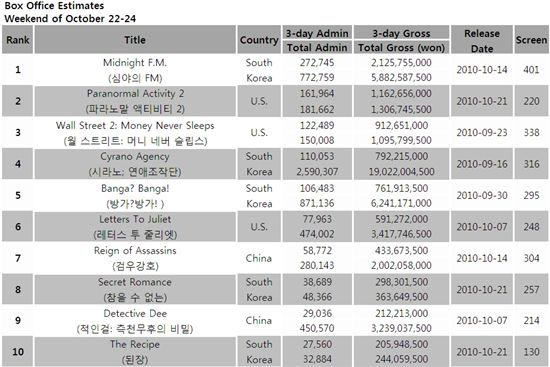