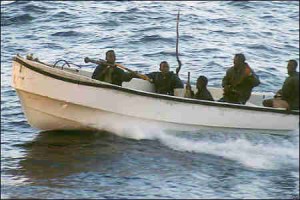 After seven months, Somali pirates have finally released South Korea’s Samho Dream tanker. The ship was carrying over 170 million dollars worth of oil and a  24  member crew (5 Korean, 19 Filipino). The Somali pirates broke bank after receiving a ransom of $9.5 million. The tanker was hijacked in the Indian Ocean on April 4th while on its way to the U.S. from Iraq. South Korea’s foreign ministry will comment on the condition of the tanker once the crew is completely safe. The Samho Dream is now being taken to the United States.