f(x) to come back in December! 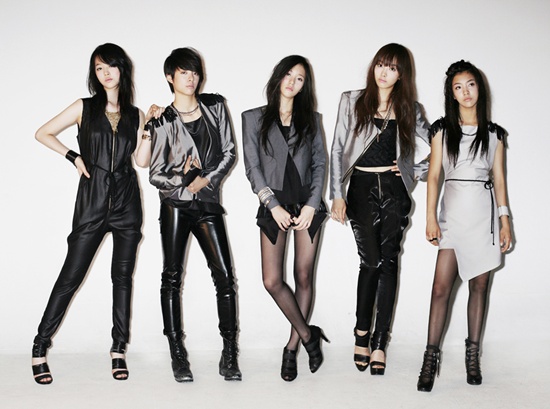 How exciting! The girls of f(x) will be coming back on December 2 with their second mini-album. Their title track is composed by E-Tribe and Yoo Young-jin, which means that it will be awesome.

E-Tribe are the guys behind Super Junior’s “It’s You,” SNSD’s “Gee,” Hyori’s “U Go Girl,” just to name a few. Yoo Young-jin, as I’m sure you know, has created most of SM’s earlier SMP title tracks, including DBSK’s “O,” “Rising Sun,” Super Junior’s “Don’t Don,” and most recently DBSK’s “Hey! Don’t Bring Me Down.”

Another song off the album is said to have been composed by Japan’s legend, Ayumi Hamasaki. There will be a Japanese track (I’m guessing that’s the one Ayumi composed?) and a Chinese track.

No news yet on Amber‘s participation, but here’s to hoping they come back a full five.