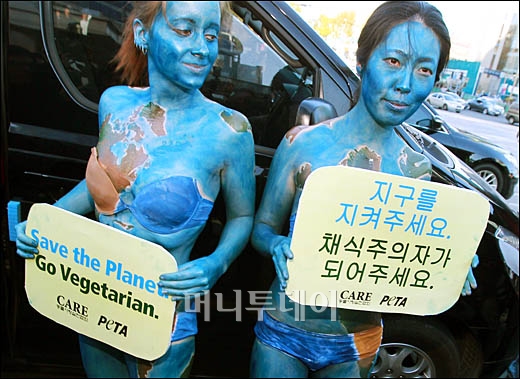 With the G20 summit approaching on November 11th, security is high and the protests have begun.  Two women protesting near Seoul COEX, where the summit will take place, for Peta got a lot of attention due to their attire.  When I first saw these pics I though it was some kind of Avatar fan cosplay.  Upon further review, I found that these ladies were protesting for Peta with signs that read “Save the Planet.  Go Vegetarian.” and wearing just their underwear and some paint.  The women painted themselves blue and strategically placed cut outs of the continents on parts of their bodies. 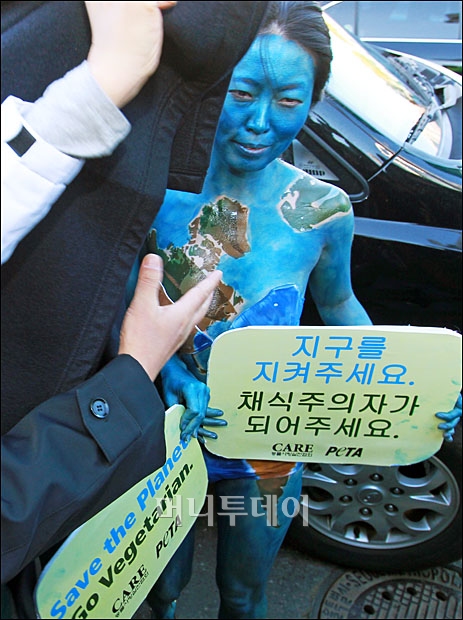 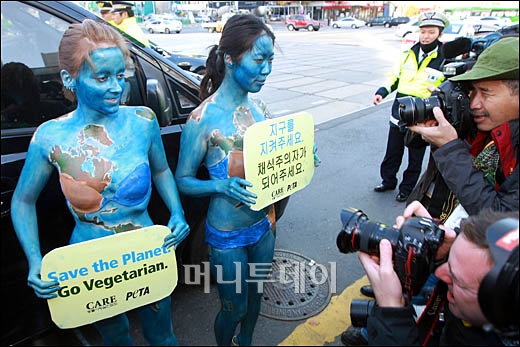 Needless to say, the police  (they brought in policewomen to remove them) moved in, covered up the ladies, and escorted them to jail. 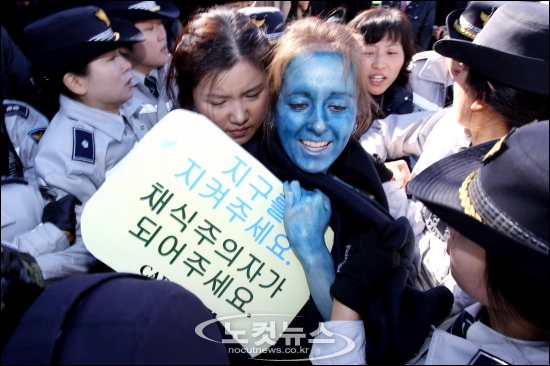 The G20 summit will bring in 10,000 participants with 32 world leaders including Barack Obama attending.  South Korea’s security is on high alert for the summit to prevent any disturbance.  Other than their unpredictable neighbors to the North, the ROK needs to be prepared to control protests from within.  Labor unions and civic groups have also begun protesting the delayed free trade agreement between the ROK and the US, and the need to improve labor rights. 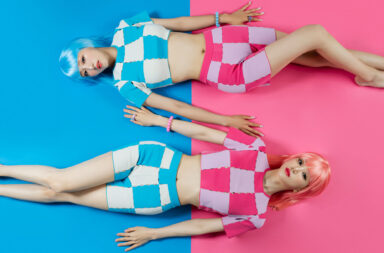