Perfume Is Coming To The MAMAs 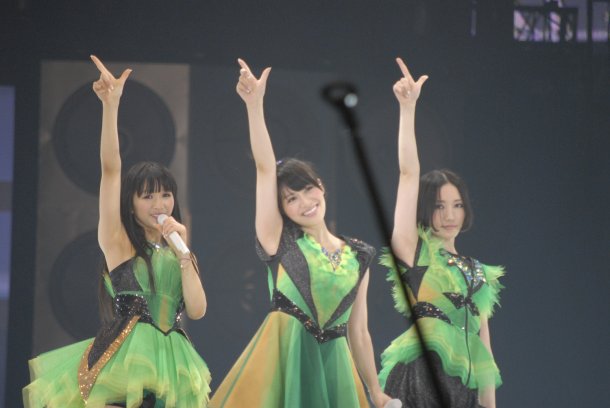 After successfully performing to a sold out crowd at the Tokyo Dome, techno pop trio Perfume will represent Japan by performing live at the 2010 Mnet Asian Music Awards in Macau. This will be the group’s first live performance outside their native Japan. Their special stage at the Venetian Macao-Resort-Hotel will also be broadcast live back  in Japan on MUSIC ON! TV.

Besides her ability to burst into tears at the drop of  a hat, member A-chan (center) is also known to be a very big fan of Korean culture. Here is an old video of her giving her personal review of the K-drama Stairway To Heaven and expressing her love of actor Kwon Sang Woo. She also attended one of Big Bang’s Electric Love tour performances in Japan.