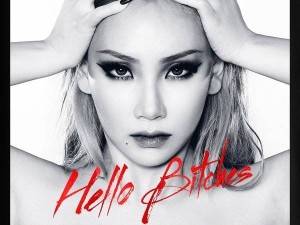 By the time this roundtable is published, the 2015 MAMAs will have taken place in Hong Kong. And while seeing every act attending receiving an award is nice, a lot of us tune in for the performances and special stages. This year sees a lot of boy groups and female soloists performing at MAMA, with Psy and CL even holding their respective comeback stages during the ceremony.

In the lead up to this year’s show on Wednesday, we reminisced about our favorite MAMAs performances from years past.

What are some of your favorite MAMAs performances?

Pat: Before MAMA was even masquerading itself with its international awards, there was MKMF. I bring this up because it was during MKMF that my all time favorite award show performance took place: TVXQ‘s 2008 performance. The throwback songs, followed by “Wrong Number” and “Mirotic” were epic and showed why they are truly the kings at the height of power back then. Also, BoA‘s 2005 performance of “Girls on Top” saved someone’s life, I swear.

In more recent years, my favorites have been Beast‘s performance of “Fiction,” 2NE1‘s performance of “Lonely” and “I Am The Best,” and BTS‘ performance last year. Lively, unforgettable, and truly showed the best of their capability; not to mention it was different from their usual music show performances.

Willis: Bringing it back to MKMF in 2008, I really enjoyed the collaborations during that year’s awards. The Wonder Girls and 2pm had a marvelous joint stage and Big Bang and Lee Hyori brought the house down. I mean come on, the Wonder Girls are dancing tango with the members of 2pm. You got to love the partner work there and also the disco version of “Nobody” was in their wheelhouse. Also, while Big Bang are sure to put on a show at this year’s MAMAs, who could forget how Lee Hyori spiced things up by collaborating with each individual Big Bang member during that 2008 stage?

I guess I really am a fan of collaboration stages because I still remember the 2009 MAMAs when Yoon Mi-rae was on stage with a few other female MCs, Miryo, Jiyoon, Hyuna, and Baby J. While the rapping that was displayed varied across the board, I remember getting extremely hyped, when Yoon Mi-rae rose from the stage below and started performing. She turned a performance that was falling flat into a memorable one.

Lastly, I have to give props to Miss A, who created something exciting each time they performed at the MAMA Awards in 2010 and 2011. They definitely showed just how much stage presence and performance ability each member has in their repertoire during those moments on the MAMA stage. From showcasing their sharp and flexible dance moves and adding Jia‘s rap in Chinese to please the Macau audience in 2010 to their utilization of fan dancing and poles to highlight the breadth of their showmanship in 2011, they know how to put on a show to remember.

Chelsea: At this point in my K-pop life, a lot of end of the year awards show performances have blended together. I’m amazed that Willis is able to remember back to 2008!

One of my all-time favorite performances was EXO’s 2013 MAMA Beauty and the Beast stage. Even as an EXO-L, I’ll be the first to admit the stage was a bit too long, but it was still entertaining to watch with all the stage levels and multiple dance breaks. I also really appreciated the attempt at a plot to tie the songs together. Most importantly, the “Growl” remix/breakdown they performed is still one of my favorites and the choreography was pretty impressive.

Another favorite was last year’s Seo Taiji stage. Quiet Night was one of my favorite albums of 2014 so it was awesome to see both Seo Taiji and IU perform “Sogyeokdong” before he rocked out with “Christmalo.win.” “Come back home” with Zico and Vasco also rounded out the stage really nicely. Seo Taiji is a k-pop legend, and that single stage encompassed such a range of his musical abilities and styles in under fifteen minutes — which is pretty incredible.

Honorable mention goes to SHINee and EXO’s joint 2012 stage if only for the fact that it was kind of amazing (read: amusing) to watch seventeen sets of limbs attempt the “Lucifer” choreography at the same time.

Gaya: This disco version of “Nobody” is absolutely fantastic, thank you Willis for introducing that into my life.

I tend to remember MAMA stages for the wrong reasons (like SM trying to squeeze in on John Legend‘s performance last year, that female rapper stage Tasha had to save), but there are a few that I enjoyed.

2011’s Singapore ceremony was my first MAMA, and I remember being completely enamoured by miss A and 2NE1’s performances. Miss A gave an incredibly athletic performance of “Good-bye Baby.” Sure, they were lipsyncing, but the dedication to the theme makes up for it.

I always love seeing how ballads are staged, and I liked the ‘glass’ boxes 2NE1 was in during “Lonely.” Another ballad stage I loved was Taeyang‘s “Eyes Nose Lips,” with the pretty light display hovering over him. And while it’s not as epic as their collab with Lee Hyori, I love how Big Bang’s Monster In Me from 2012 used “Crayon” to introduce the other members before GD himself started off “Fantastic Baby.”

Sarah: I think the 2011 MAMA’s were my overall favorite. So many excellent performances that year, including Super Junior‘s completely over-the-top medley. Beast’s orchestral rendition of Fiction, ft. Hyuna, was also particularly enjoyable. I think they did an especially good job of referencing Troublemaker without needing to put in a full section of the song. I also loved watching Troublemaker‘s 2013 MAMA performance, titled Gangs of Hong Kong. I guess I’m a sucker for the dramatic renditions.

Speaking of which, EXO’s New Age of EXO from last year was spectacular. The slower songs, the smoothed out, almost acoustic beat they went for for Overdose, the white lace suit coats that gave them such a lovely sensual image, and Kai‘s solo. Kai’s dancing truly gives me life. I look forward to the MAMA’s all year long just to see what new ideas they can all come up with, and that performance of EXO’s was new in all the right ways and the old that we love just as much.

Gaya: Lord Shisus descending from Heaven to save us.

Cjontai: There are moments, rather than full performances I cherish from the MAMAs. I will never forget seeing 2NE1 rise up like phoenixes for their 2011 stage of “I Am the Best.” That pause in the middle was perfect and when CL did her part and smirked at the audience — my heart was stolen.

2013 was quite the year for me and my friends. We were staying up specifically for Big Bang’s stage, but that ceremony is painfully long. I think it was four hours in when we were ready to call it quits and then Rain pops up on the screen. I think there may have been muffled screaming since I didn’t want to wake anyone in the house. That performance energized us long enough for Big Bang, which was also well worth the sleep deprivation.

Still, nothing will ever replace the slightly traumatizing experience I had last year for the 2014 MAMAs when Block B and BTS had their dance battle. Two of my favorite groups were on stage together, and I nearly fell off my bed. Jimin had the nerve to strip and reveal the title of BTS’ next album in a tattoo on his body. Zico and Rap Monster reunited from their underground days as leaders of their respective groups for a rap battle. Then they all came together for Black Eyed Peas‘ “Let’s Get It Started,” which sadly had to be edited out later due to copyright. My eyeballs will never forget that specific performance, and I hope to be blown away by this year’s MAMAs again.