[Bites] JYJ in the US, Park Min-young in Paris and Yoo Ah-in in Thailand

Cringe all you want, I’ve still gone ahead with making a post-SKKS Thursday trio of news bits. :)

First off, I’m sure many of you have been aware of JYJ‘s numerous Twitter updates. I wonder how many kitties they have. Collectively. 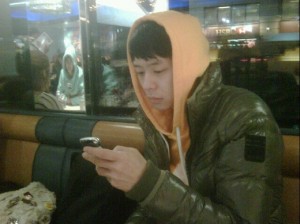 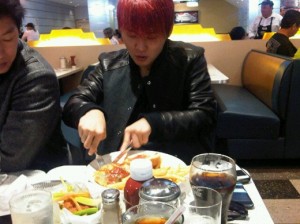 Anyhoo everyone else has been lapping it up. So… the boys are stationed in NY for the moment and they all had a turn at becoming each other’s paparazzo. Junsu secretly snaps a photo of Yoochun and tweets it: Here’s Yoochun, in a restaurant in New York. Secretly uploaded… Yoochun returns the favor with a picture of Junsu eating: Junsu ya ^^. Jaejoong was snapped in another tweet by Yoochun. 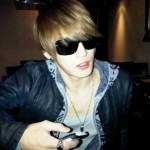 The boys are set to return home for two concerts on the 27th and 28th. They’ll be held at the Jamsil Olympic Stadium where new songs are to be showcased. (MoneyToday)

Next up, we have Park Min-young taking it easy in Paris. She tweeted a picture of herself bumming around: Having a coffee in a café often frequented by Antoine de Saint-Exupéry – “les deux magots” – and making plans for today! 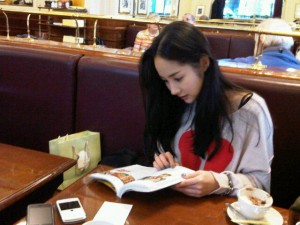 News reports say she left for France on November 5th for a photoshoot. Hopefully we’ll be able to see the spread in a magazine soon. (sweetestMY @ Twitter)

Last piece of the trio is about everyone’s favorite Geol-oh in what look’s like the Land of a Thousand Smiles. Also supposedly there for a photoshoot, Yoo Ah-in had a few candid poses to share. Since revealing the pictures, fans have been squirmish over a conspicuous pack of ciggies, sending comments that he should care more for his health. In fact, one of the pictures you see here, of him lying down in a questionable position (is that a guitar?), was apparently removed from his manager’s Twitter account. 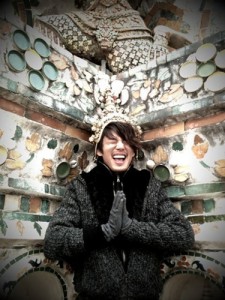 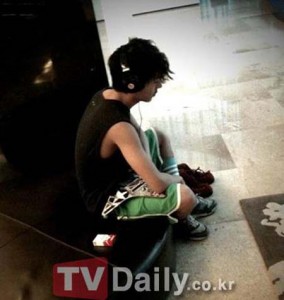 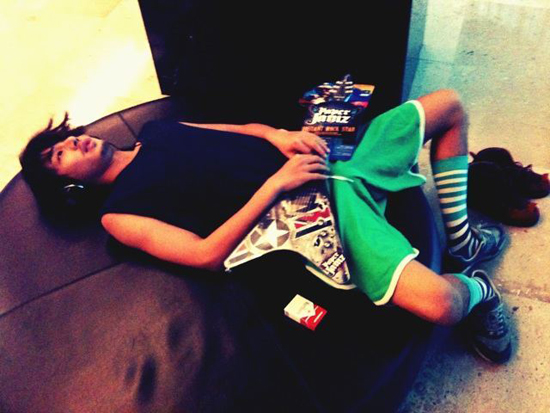 I for one am against the cigs. Why ruin your body like that? Oh well. Still, I’m looking forward to whatever shoot he has in store for us! (JTN)