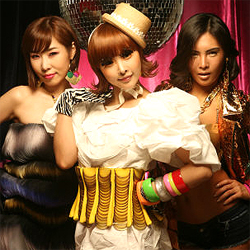 It was reported today that 25-year-old Lee Hye Rin, former member of girl group SSEN, committed suicide on October 23rd. If the name “SSEN” looks unfamiliar, it’s because sadly the group did not achieve very much success when it debuted in 2008. Statements from purported friends have indicated Hye Rin suffered from depression following her activities with SSEN.

For those of you  keeping track, South Korea currently has the highest suicide rate in the world, with many notable celebrities among the victims: actress Choi Jin-sil in 2008,  her brother, actor Choi Jin-young this year, actor Ahn Jae-hwan in 2008, singer Park Yong-ha, and actress and singer U-Nee.

Also, for those of you  closely following the case of burgeoning ‘Boys Over Flowers’ actress Jang Ja-yeon, who committed suicide in 2009, Extra Korea! has a good summary of recent events here. Ja-yeon’s allegedly abusive former manager currently faces a maximum of one year in jail.

How many deaths will it take? Speaking from experience, depression effects many people in different forms and there is no shame in getting help for it. Hopefully others will realize this as well.