Since Jang Ja-yeon‘s case came to light, the way female celebrities are handled by their companies has become a rather sensitive issue. 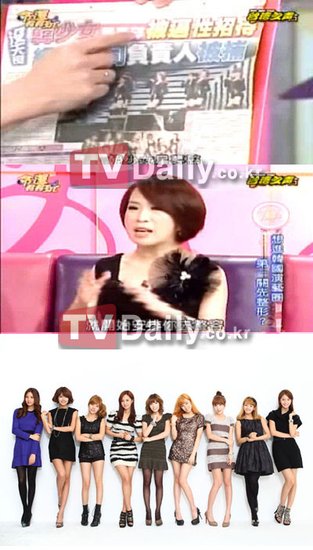 A Taiwanese talkshow on fortune-telling, “Super Lucky (命運好好玩)” under broadcasting station JET TV, decided to pick up on this for the theme of their program, which aired on November 2nd. Possibly, by way of Taiwanese sones, SM Entertainment was alerted to the misrepresentative use of a Girls’ Generation picture in a local news report. To translate loosely, the headline reads as “Young Korean Girls Forced To Be Sexual Escorts – Agency Representatives Caught”.

Logically, SM Ent became infuriated and immediately requested for an official apology. JET TV has yet to respond. 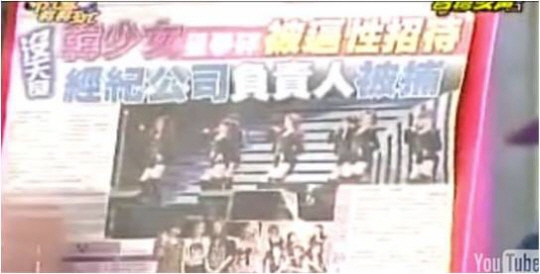 Well, this was all well and good until I looked at the footage. A host flips out a board with a news article tacked to it – I understand this is how a few Taiwanese shows conduct certain segments. The camera zooms in and we see SNSD and two other girl group photos included. A guest on the show proceeds to elaborate on the underlying difficulties that each girl faces in order to propel herself forward to stardom. Although she does generalize the situation, the gist is there. There had been no direct allegation that SM was mistreating SNSD. If there must be someone to blame, by all means launch it at the tabloid writers.

What’s interesting about this little hooha is that for SM to be overreacting, they could be turning this into something else. And yes, I’m sure this is another one of their ploys to cover up the failed injunction.