My Girlfriend is a Gumiho's shocking ending? 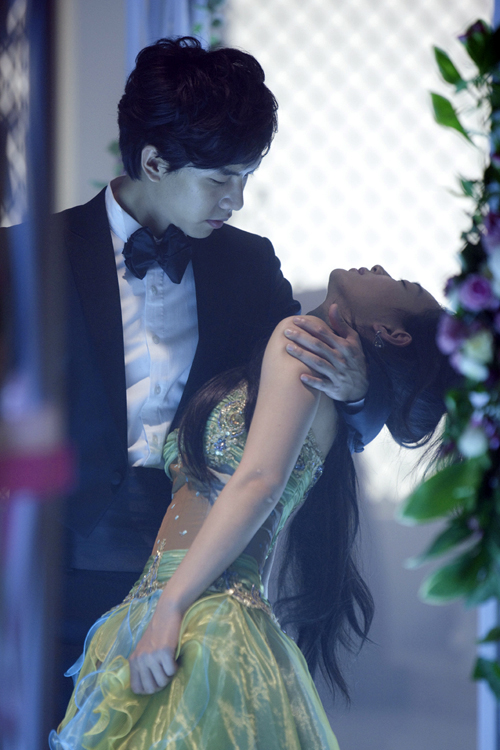 We’ll have to wait until the finale ends next week to find out because the drama’s writers and the PD have issued a gag order on all cast and crew.  Some are speculating that there will be a sad ending (what?!  Hong sisters, no!).  If you watched last week’s episode, you know that Mi-ho (Shin Mina) has finally found out that Dae-woong (Lee Seung-gi) will die if he gives her back the fox bead, so she has to figure out what she will do.  It seems like the Hong sisters are going all Harry Potter “…and either must die at the hand of the other for neither can live while the other survives….” on us. But in that case one person was evil, okay well, Mi-ho is kind of a monster, but not evil if she can help it.

It’s even being said that the Hong Sisters are considering re-writing the ending that they previously planned *gasp*.  I hope that means someone who was going to die before isn’t now.  Because seriously, if they kill someone off and that dead person at the end of the drama isn’t Eun Hye-in (Park Soo-jin), I’m going to be seriously pissed.  I love Dae-woong, Mi-ho, and Dong-joo (Noh Min-woo) too much to see them die, even if a couple of them have lived for a few hundred years.

The finale of My Girlfriend is a Gumiho is scheduled to air next Thursday, September 30th.  With the Baker King ending last week and MGIAG ending next week, Playful kiss might actually get an increase in viewership.  So far, the drama has been getting ratings around 3% (which is close to a record low), but it was up against Baker King which was getting ratings in the high 40s and MGIAG which was receiving ratings in the mid teens.  It never had much of a chance and although not perfect, the drama is entertaining.  Hopefully, it can get more of a foothold in the ratings, next up after Baker King is Rain‘s return to Kdramas Runaway which debuts on the 29th.