Doo-joon was inspired by Big Bang 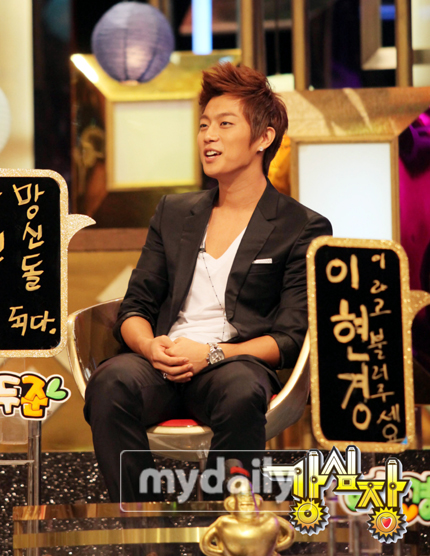 On the latest edition on Strong Heart, Beast‘s Yoon Doo-joon confessed that he became a singer because of Big Bang.  When asked to elaborate, Doo-joon told everyone that all throughout his schooling from elementary to high school, he was a soccer player.  He was even good enough to be on the National Soccer Team 2, so why did he quit sports?

Doo-joon said that he was only familiar with Japanese singers when he was young and never even thought of being a singer.  Until he saw Big Bang.  He watched Big Bang’s pre-debut reality show and was shocked to see average students be turned into superstars, he was moved.  Doo-joon went on to share his own debut story with the Strong Heart MCs, guests, and audience.