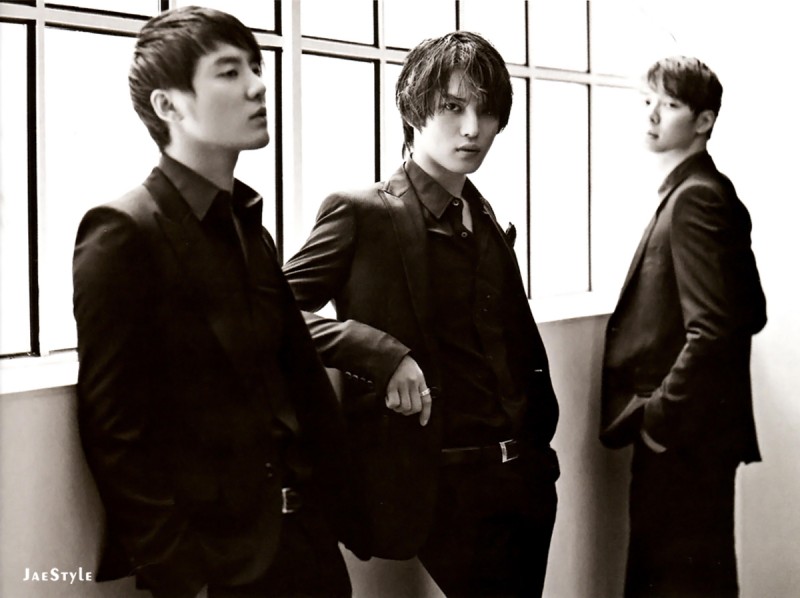 Thought the DBSK lawsuit fiasco was over? ‘Course not.

The DBSK trio of Jaejoong, Yoochun, and Junsu (JYJ, JUNSU/JEJUNG/YUCHUN, whatever) has put their Japanese activities on hold due to – wait for it – more legal issues with their new management company, the Korea-based CJeS Entertainment.

According to reports, a CJeS representative’s father is a leader of a criminal organization. This representative was found using his father’s position to commit blackmail and extortion against artists under CJeS Entertainment. The same representative is said to have also served a prison sentence at some time.

It is uncertain whether or not the representative has definite ties to the criminal organization right now, but all of the above allegations were proven to be true by the authorities.

In light of this, Avex has expressed its concern with continuing to work with JYJ. The company has also considered the fact that the trio’s lawsuit with SM Entertainment has yet to close. With the way the case is progressing, it is highly probable that the trio’s contract with Avex will soon be declared invalid. In light of all these concerns, Avex has announced that it will no longer be supporting JYJ’s activities in Japan for the time being.

According to Avex, JYJ will complete their remaining scheduled activities before getting the (temporary!) chop. Avex also notes that despite the changes in their contract with JYJ, Avex’s relationship with Tohoshinki (which is technically on a ‘hiatus’ right now) has not changed.

Man, can’t these dudes ever catch a break? The impact of this decision may not be too detrimental to JYJ’s future plans, considering the rumors of the trio making a Korean comeback by the end of the year. However, Japan has served to be a safe haven for the trio, due to SM’s power to block any efforts by the trio to advance in the Korean market. SM recently attempted to keep JYJ’s song on the Sungkyunkwan Scandal OST from being released to the public. I don’t really know how they were able to do that. Then again, SM’s always been quite the enigma…

Additionally, it also appears that East Asia Entertainment (who will theoretically manage JYJ’s China/Taiwan activities) and Warner Bros Korea (who is producing their upcoming[?] Korean album) are sister companies of Avex. But with Avex now out of the picture…

Yeah, I don’t even know anymore.