A Taste from the Baker King 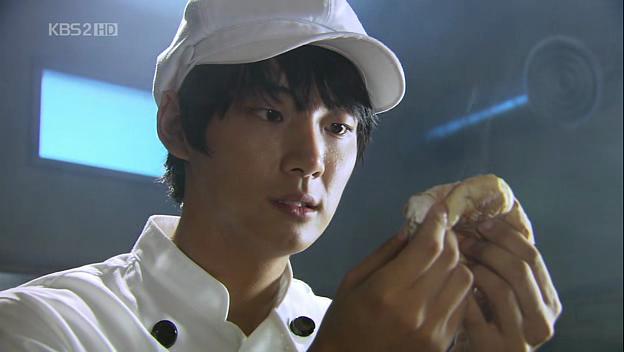 If you’ve been watching the “National Drama” Baker King, Kim Tak-gu (aka Bread, Love, and Dreams) which has been approaching 50% viewership in ratings, you’ve heard of the “Most Filling Bread in the World.”  That was the mission given to Tak-gu (the excellent Yoon Shi-yoon) and his fellow competitors for the first phase of their competition to receive a certificate of recognition from their Master at the Pal Bong Bakery.  Tak-gu passed the stage with his humble Barley Rice Bread which was inspired by a mother and son who he met at a street market. 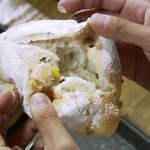 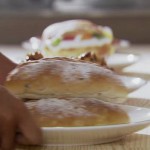 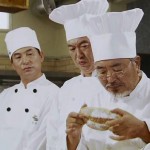 I was fortunate enough to get a taste of Tak-gu’s “Most Filling Bread in the World” courtesy of a friend who just returned from South Korea.  She knew I had been watching the drama and saw the Barley Rice Bread “as seen on the drama Baker King, Kim Tak-gu” on sale at a Paris Baguette Bakery.  Lucky me, she found out that the bread was also on sale at the bakery’s outlet in the Incheon International Airport, so she picked up a couple of loaves of bread and some other goodies to bring home as she left the country.  Here’s what my Barley Rice Bread looked like. 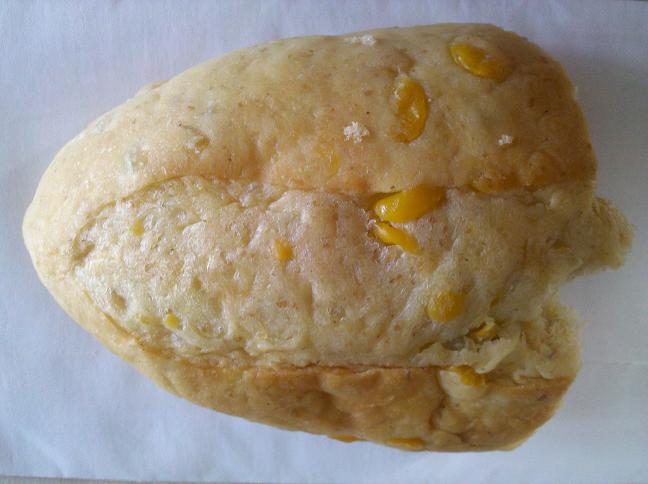 I’m sure the bread would have tasted fantastic when it was hot, but even though I ate mine a day later it still was quite tasty.  The bread itself is more like a wheat roll and the texture is a little chewy, but it was still quite soft although not as crusty as I expected.  The corn threw me a little, have you ever had bread with kernels of corn in it?  Overall it was very good and it was fun to experience a part of one of my favorite dramas.

Here’s a look at some of the other goodies I was able to try from Paris Baguette. 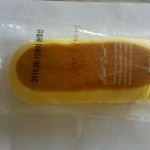 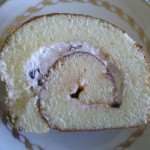 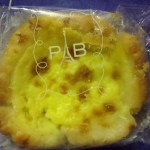 The first item is a sweet potato cake, it was very soft and sweet potato-y and melted in your mouth. The second was a silky roll cake filled with cream and raisins and it was to die for.  The last was an egg tart (that got a little smashed in transit) that tasted very much like those egg tarts you can get at a dim sum place, but sweeter.  After enjoying all of these delicacies from afar I became interested in finding out more about Paris Baguette, so I did a little research. 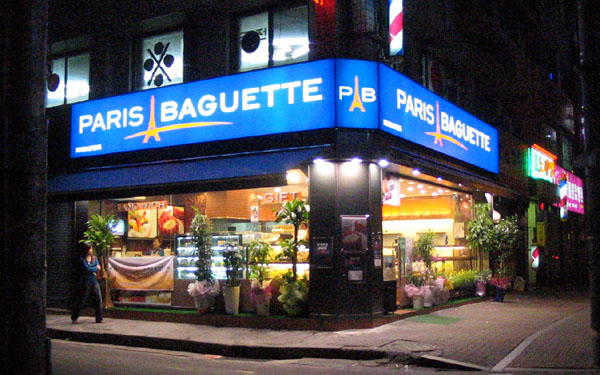 Paris Baguette provides the baked goods for the drama Baker King, Kim Tak-gu.  In fact, the drama is said to be loosely based on the life of Paris Baguette‘s president, Heo Young In.  The company opened its first store in 1988 and now has over 1,700 locations which includes 30 in China and 10 in the US (California, New York, New Jersey, and Pennsylvania).  It is currently Korea’s #1 bakery franchise, has won several awards for its quality and innovation in food manufacturing, and was integral in the establishment of the first Korean-French Institute of Baking.  If you’re interested in learning more about the bakery or seeing any more of their delectables try visiting their home page or their US site.  I’m dying to try one of those beautiful cakes you always see someone getting for their birthday in the Kdramas.  Those of you in Cali, NY, NJ, or PA are lucky… you don’t need a friend going to Korea for a chance to sample a taste from one of your favorite Kdrama. 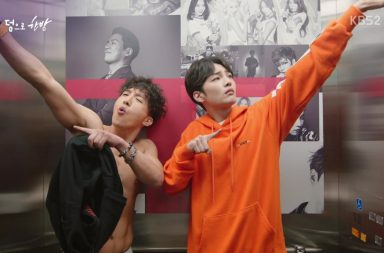 Heating Up But Losing Steam: Prime Minister and I, Episodes 10-13 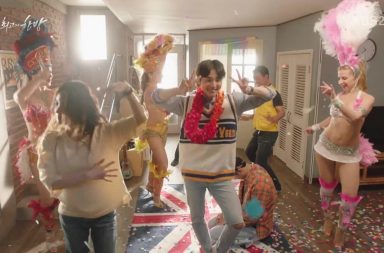