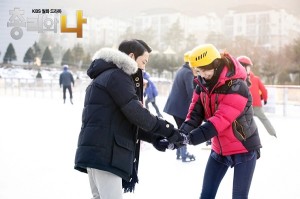 Scandal? What dating scandal? As far as I can see, Yoona‘s temporarily married to Lee Bum-soo and nothing, not even Lee Seung-gi, can stop that from happening. The New Year brought unexpected news along with an additional episode for Prime Minister and I, upping the episode count up to 17 in order to end properly on a Tuesday after losing a episode slot to the KBS Drama Awards. Episodes 5 through 9 continued the contract marriage joy ride, introducing complications and turning them every which way, leaving us with measly previews to suffice until the next week.

Instead, thus far, the drama has managed to unite political undertones and past drama with the primary romantic storyline, working to bring a family together while combating opposition. Da-jung and Yul have developed a comfortable banter in most scenes as both become accustomed to the other’s presence as a daily fixture. At the root of their relationship is respect and commitment to their contract marriage which allows them to trust each other to not purposely jeopardize the situation: a type of confidence that helps solidify their interactions and quicken their sentiments for one another. Some of the more touching moments were Yul’s kendo lesson to urge Da-jung to find a way to play her strengths as she faces the other prominent women and Da-jung’s simple advice for Yul’s decision about environmental matters. That type of rapport makes this couple the one you’re rooting for. 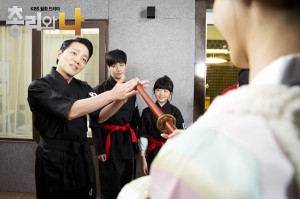 Within these five episodes, Kang In-ho’s storyline had the largest boost. First, In-ho’s confession to Da-jung was the bundle of heart-quickening regret that you’d expect. That boy drops hints everywhere he goes, so that spoken revelation paired with Da-jung’s obvious affection for Yul was not a good combination. Their awkwardness in meetings after is heavy with tension. It’s fortunate that In-ho doesn’t take extra steps to force his feelings on her, rather accepting that he’s on the sidelines even if he wishes it were otherwise. In addition, In-ho’s plot against Yul became unhinged as Park Jun-ki (Ryu Jin) threw him out for the chance to reveal a cheating scandal. In-ho’s actions after this are up in the air: his allegiances could change or remain the same depending on his conviction and need to take down Yul.

One of the largest reveals was regarding Yul’s late wife and implied that she may have been cheating on Yul with In-ho’s brother prior to her death. There are only snippets thus far — In-ho’s dramatic mention of “that woman” and Yul’s clandestine photos of the two meeting — which brings to the table, if not cheating, something shady and untoward having happened. That segues nicely into mentions of Yul’s largest regret. As an upstanding politician that has been following a strict and moral lifestyle as far as the audience can see, the idea of having something that he so much regrets opens up so many possibilities as to the extent of his actions to cause the regret. 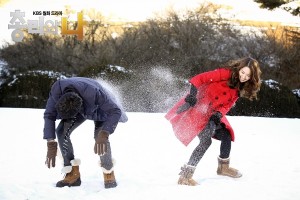 As comic relief, the reporters of Scandal News and of Korea News are ever providing their meddlesome selves both as distractions and plot elements. Don’t tell me you didn’t enjoy Reporter Byun Woo-chul‘s personal daydream about how his magnificent reveal would go down. While Minister Park Jun-ki takes on the Prime Minister, there’s another battle between reporters, most obviously between Korea News and Scandal News. It makes Da-jung’s origins as a journalist in a company that specializes in digging up dirt, albeit a third-rate one, all the more an important asset for whatever future media play is in store. How well the two could match up wasn’t clear until Reporter Park Hee-chul (Scandal News) made his moves in episode 9.

As for the negative aspects, Park Jun-ki is getting a short stick on the action. Thus far, he’s portrayed as an antagonist completely set against Yul because of some type of blame for his sister’s death or treatment and man pining for a woman while he’s already married to one that, though she puts on haughty airs and whines, comes across more as desperate for affection rather than annoying. There is little background to his life, outside of minor flashbacks to college days, leaving nothing to substantiate the character or give him depth. 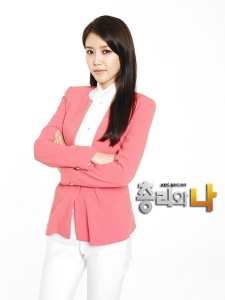 Secretary Seo Hye-joo (Chae Jung-ahn) is similarly shafted in development. Her background seems tied to Jun-ki’s, perhaps making her development also linked to his. One of the interesting comparisons is between her and Jun-ki. While the Hye-joo also has been shafted in development, both are fixated upon the Prime Minister’s late wife, the former as a reason to not like Yul and the second as an obstacle to her devotion to Yul. With these hints and more, the series is making Yul’s late wife and her activities before her death as the keys to much of the hidden emotion on several sides.

We’re a little past the halfway point, and the series, with a month left, seems like it’s just chugging along. There is much left to resolve, children to win over, and love to be confessed. But what are your thoughts on the series so far, readers? I’m personally enjoying Yul’s progress into a more interactive father and Yoon Si-yoon’s face, but do you have any favorite scenes or predictions?