Ages 19 and above allowed only! 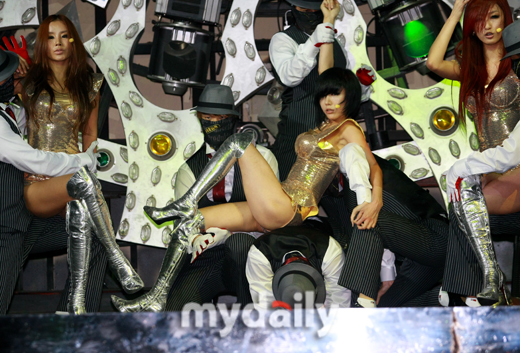 Ah my eyes! The music scene is about to witness a hell of a girl group in the Naked Girls.

The trio, made up of the infamous “Naked News” anchors, held a showcase in a Kyunggi-do club today. This is in preparation for their foray into K-pop. If not for official reporting on this, I would never have taken them seriously. I mean, who would? 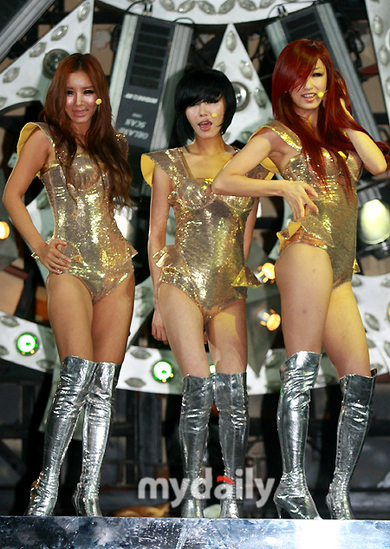 The Naked Girls are marketing themselves as a 19+ age girl group. That should probably encompass an audience of hormone-raging college boys, ahjussis, more ahjussis and oh, more ahjussis. I wouldn’t associate them with the 129238492 other girl groups competing for their share of the spotlight since clearly, Naked Girls have set themselves apart with their own demographic.

Nevertheless, there will still be something for us to nitpick about – the group name. You’d think they’d want to be more subtle with their ‘concept’. This is just plain distasteful and a borderline atrocity for the average English speaker, but I guess it doesn’t matter that much to their S.Korean audience. Now all I can think of is strippers, trash and pole-dancing all rolled into one. I’m squirmish, and not in a good way.

Well, you’ll soon have your say in this as the Naked Girls are pushing out a debut album. My interest now lies in how they’re going to promote themselves if the uppity TV stations are almost surely going to relish banning them from all music programs. Hmm… Watch out for the whole lot of skanky coming your way! 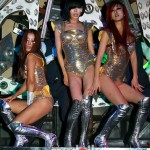 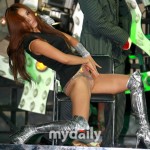 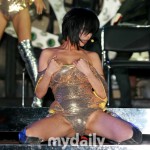 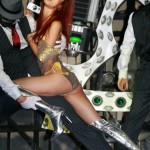 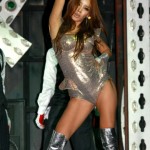 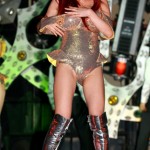 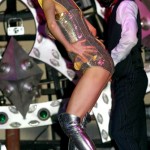 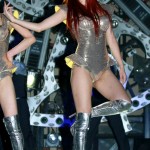