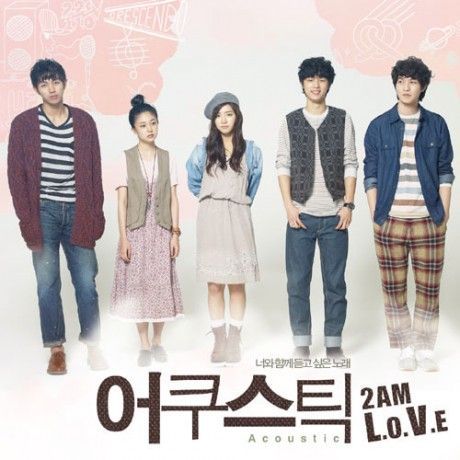 2AM has just released the digital single and MV for their new song L.O.V.E. which is featured on the OST of the indie movie Acoustic.  The movie is made up of three parts with Shin Se Kung, Baek Jin-hee and 2AM’s Seulong, and C.N. Blue‘s Lee Jung-hyun and Kang Min-hyuk starring in each of the three stories.  Check out the MV for L.O.V.E.

I’m  undecided on whether I actually like it or not.  It’s upbeat and cutesy, but I keep feeling like it should have been a song with a slower tempo,  like the song itself is conflicted.  Some of the lyrics are suspect too, one line goes “green, green, like a broccoli, you were green.”  Out of all things to write, you were green like broccoli?  I hope those lyrics have some kind of significance from the movie.

Acoustic is scheduled to debut in October at the Pusan International Film Festival.