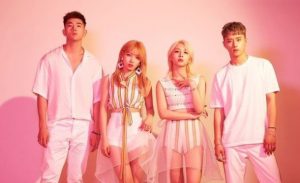 We’ve hit midsummer, the height of a season that perennially brings with it a fresh wave of bright, bubbly comebacks. With its fusion of dancehall and reggaeton, KARD’s third mini album Ride On The Wind seems perfectly positioned to take advantage of this. The EP is accompanied by a vibrant MV filled with beaches and blue sky, while the six tracks take the listener through the rush of a whirlwind summer romance.

KARD debuted with their own niche in the K-pop industry. They are one of the very few co-ed groups on the scene and launched a daring promotional strategy by playing shows in the Americas and Europe as rookies. This attracted the attention of a global audience, while their music caught the wave of the tropical house trend just as it peaked. But that craze has since faded, and KARD must sustain their lead by appealing to domestic fans – a challenge when co-ed groups have traditionally been deemed risky. 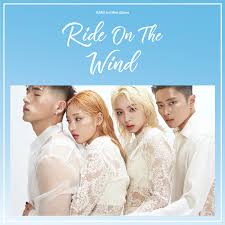 As KARD edge out of rookie-dom to find their place in an ever more saturated market, Ride On The Wind’s strategic summer vibes are almost too well-orchestrated. Through their trio of pre-debut projects followed by the release of “Hola Hola” and “You In Me”, KARD experimented with light and dark concepts, demonstrating how their co-ed dynamic complemented the playful choreography and laid-back sound typical of dancehall. Their new album frames the group in a similar format, posing the question – if KARD are determined to stick with their tried-and-tested image, how can they find a fresh way to draw listeners?

The album only presents four new songs – bookmarked by intro “Humming” and an instrumental version of the eponymous title track. This closing note feels particularly lazy – it’s not a remix of any kind, nor even an acoustic version to offer a new take on the lead single. In contrast, “Humming” is a quirky mix of whistling and smooth ad-libs backed by a sharp, groovy beat. Although not particularly memorable, it’s a great introduction to the sound of the album and the perfect way to cue the listener for what’s to come. 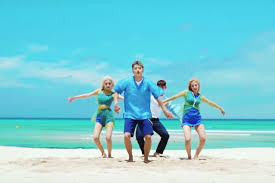 “Moonlight” is up next, and alongside “Knockin’ On My Heaven’s Door”, rounds out KARD’s foray into plunging EDM drops and distorted vocals. In “Moonlight” BM and J.Seph offer two opposing takes on the rush of a new relationship, reflecting the way KARD are splitting their appeal between east and west. The former begins the song with a smattering of English ad-libs, before riffing on the stereotypical good life imagery, similar to those used by Western artists like Bruno Mars in “That’s What I Like,” to describe the highs of first love:

We can go to sleep in Paris
Wake up in my arms in Tokyo
When it’s tough, use your imagination to bring you
To the place on the globe you’ve seen before

All right, that extensive skyline
Is beyond space and time

A different dimension fly so high then better
Paradise leggo 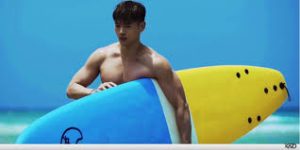 What the song brings in lyrical interest is disappointingly undercut by the production. “Moonlight” is an up-tempo track, but its jumble of electronic effects and driving beat overwhelm the members’ vocal performances. Jiwoo and Somin carry the chorus, but their voices are layered and distorted to give a distant, airy quality. While this may have been a nice touch on a softer track, it makes “Moonlight” feel overly crowded.

“Knockin’ On My Heaven’s Door” offers a more mature angle and presents an intriguing opportunity for KARD to play on their co-ed dynamic:

I wanna play with you, like yesterday
I want to come to you slowly
The thought of not loving you
Hasn’t happened at all babe, I want you 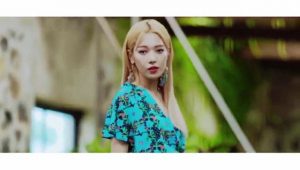 Both the male and female members share the direct lyrics, and instead of trading lines as they did in “Moonlight”, here the girls each take a chorus separately, while the song strips back its layers to let their contrasting vocal colours shine through. “Knockin’ On My Heaven’s Door” attempts to find a smooth R&B groove, but the easy flow of the verses is interrupted by a jarring, overly autotuned drop that arrives too suddenly and lasts too long. This is a track with so much potential, but its failure to stick to a solid sound produces an unbalanced end result.

Title track “Ride On The Wind” gives the members the opportunity to switch up their roles. The song opens with J.Seph swapping over to the vocal line, his voice mixed with just enough autotune to give it a smooth, mellow tone. Jiwoo takes his place as a rapper, serving a short but sweet round of bars with enough edge to make me wish KARD would mix and match their roles with every song. “Ride On The Wind” proves that the group is at their best when they work in harmony, rather than splitting off into the tired formula of the guys as rappers while the girls sing the choruses. KARD’s co-ed dynamic allows them to display a range of vocal colours other groups simply can’t offer – and its time the K-pop industry caught up with this missed potential. 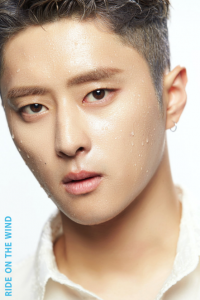 The song lives up to its title, encapsulating that smooth, ebb and flow rhythm that makes dancehall so addictive. The drop here is gentle, slotting in perfectly between the breezy mix of guitar and fluttering synths. Yet, while this is on par with KARD’s previous releases and makes for the perfect summer jam, it doesn’t build on what we’ve heard before. This isn’t necessarily a bad thing – Twice have made themselves the current reigning queens of K-pop with their bubbly pop confections, and Day6 have found their place in angst-driven soft-rock. But these groups have sought ways to experiment within their chosen niches. Up against the rapid-fire rate of K-pop comebacks, KARD’s continued reliance on their debut sound may soon wear thin.

Luckily the album finishes its set of new songs with “Dimelo”, which combines EDM with reggaeton. The lyrical blend of Korean, English, and Spanish is a brilliant way to cater to their global fanbase while paying homage to the Latin roots of the mix:

Even if there’s only a chance left, I don’t know
I’d hate to miss this moment, come to me
I’ll be more romantic so I’ll say it in Spanish
Quiero darte todo mi amor yeah 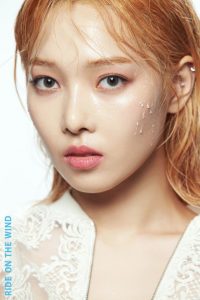 KARD have established themselves with a playful, upbeat sound, and this genre shift could be a smart way to expand their discography while continuing to draw international audiences. The production centers around a rhythmic melody fuelled by electronic effects. It’s an interesting combination, complemented by a few unexpected harmonies between singers and rappers that raise the song’s energy a notch higher. I’d love to see more of both this performance style and the reggaeton influence in KARD’s music.

At this stage in their career, four songs is a minimal output for KARD, and the half-baked feeling is furthered by the repetitive nature of their comebacks. Ride On The Wind makes a few interesting forays into autotune with mixed success, and while the experimental Latin influence in “Dimelo” is an intriguing touch, it stands out among the album’s mostly formulaic content. KARD have built themselves a strong fanbase by establishing a unique niche in K-pop, but they’ve yet to break out of their tropical house box. While Ride On The Wind offers a smattering of summery dance tracks, it ultimately feels forgettable. 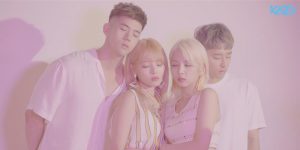 Coming from one of K-pop’s most unique groups, this seems like a wasted opportunity. It may be that DSP Media feel they’ve pushed the box far enough with the co-ed concept, and want to ground KARD’s music to appeal to domestic fans in the wake of a focus on global touring. It could be an overdone effort to sync KARD with western trends. Whatever the motives may be, KARD have the performance skills and genuine chemistry to stand the test of time. But they need to switch up their sound to keep us wanting more.