What's Wrong with Secretary Kim Ep. 13-16: A Shaky Return to Its Strengths 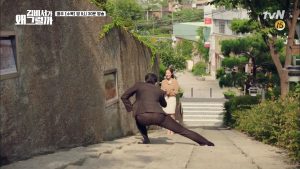 As What’s Wrong with Secretary Kim rounds up its story, the final quarter makes a much-needed recourse to some of the show’s greatest strengths: its fresh take on familiar cliches, and its focus on the main couple learning to resolve their differences in order to make their relationship work. The reiteration of these strengths, however, produces mixed results. There are some satisfying, heartfelt moments, but at other times, ideas that are great on paper are executed clumsily. The return of these features are welcome, but they are ultimately unable to mask the show’s sore lack of plot and its undeveloped potential for even more rewarding character growth and dynamics.

After the childhood kidnapping mystery wrapped up in episode 11, Secretary Kim‘s most glaring flaw became apparent: in the absence of this sub-plot, the viewer realises that there is hardly any plot left. Looking at the drama as a whole, it seems that it would’ve worked better if it had either been compacted into 12 episodes, or if the original premise of the show were developed more fully. 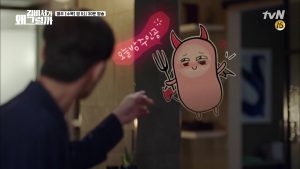 In essence, Secretary Kim is about a romantic relationship set into motion when a capable young chaebol boss, Young-joon (Park Seo-joon), is hit by a surprise resignation notice from his perfect secretary of nine years, Mi-so (Park Min-young). Mi-so is leaving this time- and energy-consuming job because she has finally settled her family’s debt, and can now focus on her own hopes and dreams for a change. While simple, this premise provides rich material for character development, whether this concerns individual characters or their relationships with each other.

As a secretary and a woman in the workplace, and as someone who secured a position higher than what she had been qualified for, Mi-so spent most of her career caving to the demands of others and over-compensating for her lack of qualifications. On the outside, she has made herself into an admirable professional, but this has come at the cost of constant self-negation. Her decision to set aside her identity as Secretary Kim in order to find her identity as Kim Mi-so is an important turning point for her.

The premise also presents the opportunity for the dynamics between the leads transform. The prospect of losing his perfect secretary makes Young-joon bend his narcissistic self over backwards to pursue Mi-so, and meet her needs for once, instead of taking her sacrifices for him for granted. The main couple’s relationship also benefits from two factors in the setup: they have an unbeatable synergy from their nine years of working together, and their chance encounter as children add interest to this already rich history that they share. 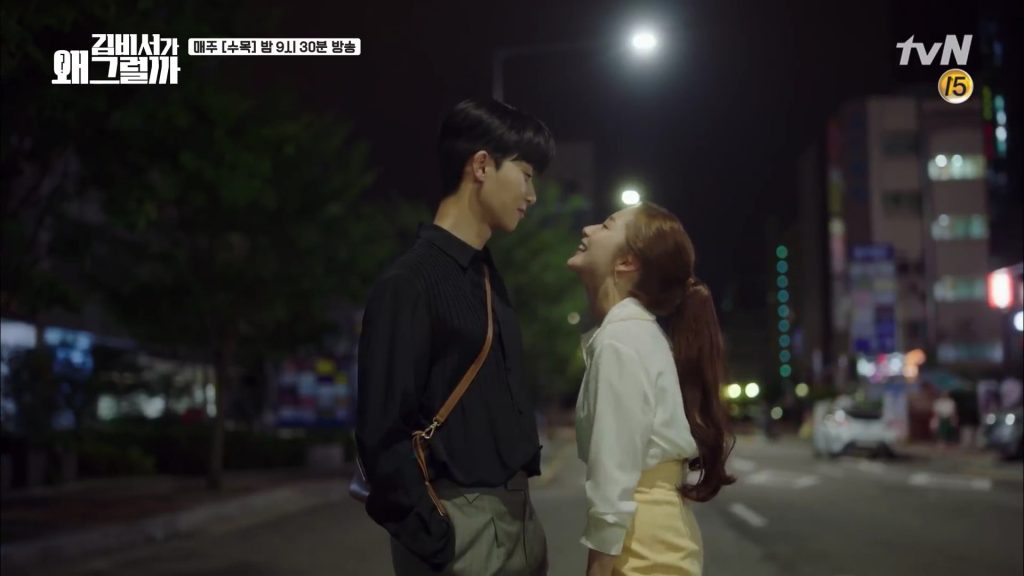 Given such promising directions for development, how did Secretary Kim end up with such a bare plot and a lack of momentum in most of the second half? The fact that it is a webtoon adaptation is what both makes and breaks the show. The source material supplies a quirky premise and unstoppable comedy that the production team has skillfully brought to life. Despite small diversions from the original story, though, the drama mostly sticks to the webtoon’s plot. The potential of the story became limited by the heavy focus on the childhood kidnapping incident, which became a cliched, drawn-out way of proving that Young-joon and Mi-so’s connection was somehow destined. 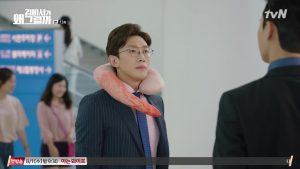 The story could have had more depth if it had focused on drawing out the solid relationship Young-joon and Mi-so forged in their nine years of working together, and showing how they developed the trust and open communication that enables them to iron out problems in their new romantic relationship. Instead, the show reaches far back to an incident that occurs in all but half a day. While the leads’ character traits, especially Young-joon’s, had emerged fairly clearly despite his young age, the pair’s shared memories from the brief encounter cannot compare with their rich history from working together through trying circumstances.

By over-emphasising the far past, and downplaying the recent past to a handful of flashbacks and one drunken (albeit hilarious and sweet) conversation between Young-joon and Mi-so’s dad (Jo Deok-hyun), Secretary Kim sells itself short. This is remedied in part by the refreshing way it turns chaebol romance cliches and rom-com tropes on their heads. Typical scenes of jealousy and over-protectiveness are given a twist when both Young-joon and Mi-so learn to see the issue from each other’s perspectives, and work out a compromise. Instead of giving in to a lavish lifestyle and accepting exorbitant gifts from her in-laws-to-be, Mi-so sticks to her principles, and instead of being mad, Young-joon and his parents respect her decision. 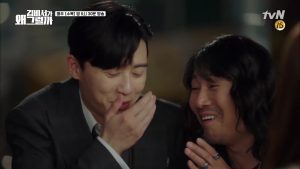 While these ideas are wonderful in theory, they are often executed clumsily, and fail to be incorporated into the narrative organically. The zippy way the show presents a conflict and resolves it within an episode worked for a while, but as the pattern repeated itself, it became more like checking items off a list. The host of problems presented in the final four episodes are serious—malicious workplace rumours targeted at Mi-so, jealousy, unequal emotional labour—but they are resolved almost too easily.

There is also often a simplistic flipping of circumstances: first, it’s Young-joon who gets jealous over Mi-so smiling at Gwi-nam (Chansung) for doing his work well, then it’s Mi-so who gets jealous over Young-joon’s friend Yu-mi (cameo by Jung Yu-mi, who was on Youn’s Kitchen with Park Seo-joon). Then it’s Young-joon who drinks himself silly and angers Mi-so, and the positions are reversed soon after. This setup, again, felt contrived rather than organic. In addition, one of the biggest issues I had with Young-joon’s “bulldozing” behaviour and tendency towards jealousy is that these traits are indicative of possessiveness, but the drama does not address them as such, choosing to portray them as cute or romantic instead. 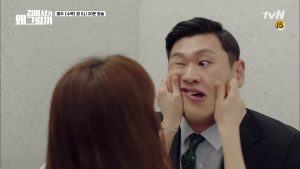 Finally, the drama renegades on ones of its most promising aspects: that of Mi-so finding out what she actually wants to do in life. Mi-so’s Secretary Kim persona is crucial to her overall identity: through a combination of chance, Young-joon’s assistance, and her own hard work, she has become extremely capable. Her competence as a secretary has no doubt given her a level of confidence that she did not have as a fresh-faced temp staff when she first started. Given this, it’s not surprising that she eventually discovered that she has been doing what she loves all along. My biggest gripe is that this process was condensed into one episode, conveniently left aside for the romance and kidnapping back story to unfold, when it could have been integrated more consistently over the course of the drama.

Overall, Secretary Kim is not without its strengths, and its popularity is largely justified. In addition to what I’ve discussed about twisting cliches and presenting open communication as key to navigating relationship conflicts, the show actually makes it a point to show that the main characters are dedicated to, and excel at, their work. Finer details like Mi-so’s modest wardrobe are in keeping with her frugality, and the writers drop little surprises, like Ji-ah’s (Pyo Ye-jin) reminder to Gwi-nam that he can put off romance for his goals, but he shouldn’t forget to love himself. Even if its rewatch value isn’t high, it’s not a show I regret picking up. It’s just that it had potential to be so much more than a fluffy rom-com, if only it had been bold enough to transcend the confines of its webtoon source.