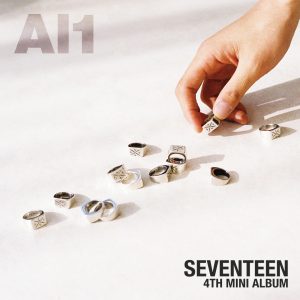 Seventeen has consistently worked towards creating and maintaining their own, unique sound: their past title tracks such as “Mansae”, “Very Nice”, and “Boom Boom” all have that energetic and lively groove that frankly just makes me want to get up and dance. However, in their latest album, the 13-membered group shows another dimension to their abilities and draw slightly away from their characteristic sound. Titled Al1, the digital version consists of six tracks, which is two less than the total on their physical album. If you’re confused about the name of the album Al1, it is actually supposed to be read as “Alone” — clever wordplay on their part!

The title track, “Don’t Wanna Cry”, is clearly inspired by the EDM and tropical house genres, which seems to be quite popular recently with many artists, not just in K-pop, but also in Western music as well. With such genres, it’s incredibly easy for a song to fall into the trap of sounding repetitive and boring, but Seventeen avoids this pitfall with the layering and the many ad-libs to create variety between the choruses. As the chorus is quite high and energetic, the verses balance this out with calmer-sounding lower pitches. Although “Don’t Wanna Cry” is extremely different from their previous title tracks — the genre and the slowed tempo give it a more mature vibe, there is still that distinctive Seventeen sound with the layering. Frankly, this track isn’t quite my cup of tea, nonetheless I do appreciate the musical elements and the intents behind it.

“Habit”, a classic ballad, continues the mature, introspective mood. The electronic synth accompaniment along with the vocal team’s strong voices makes for the perfect combination to convey the longing portrayed in the lyrics. The track is simple, yet it is just so expressive and emotional. 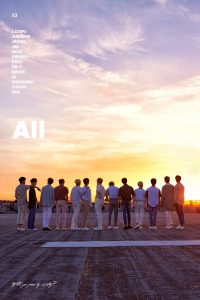 It was surprising to find out that “If I”, the third track off the album, was by the hip-hop team. Honestly, I’m not too clear on the whole team structure of Seventeen, but judging from their name, it’d be hard for anyone to make the connection between hip-hop and this track right away. The song is not of a classic “hip-hop” genre by any means, but it has its own dreamy charm to it. The dreamy aspect is definitely highlighted by the repeated “If I” in the lyrics accompanied by the light synth notes, and this soft mood is punctuated by the the strong and rhythmic rap sections, creating a unique contrast that is simply unlike many songs out there today.

“Swimming Fool”, by the performance team, is reminiscent of a classic summer jam. Whistling? Check. Lyrics that contain some form of “put your hands up”? Check. Bass drop? Check. This track takes on more of a Western sound, and its strong bass and rhythm make for an easy listen that is equally easy to groove along to.

We come to the fifth track “My I”, which is a duet by Jun and The8, two members from the China line. This is quite interesting, since it is not unheard of for foreign members to receive smaller parts in their respective groups, perhaps due to their command of the Korean language. For Seventeen to push their Chinese members in a duet, this is a great way to show inclusivity in the group and also to promote some of the foreign members as well. Aside from this, the track is a serious jam with its laid-back mood and tropical vibes. 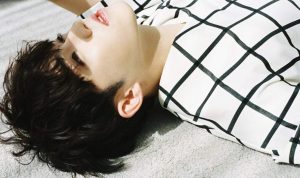 The last track off the album and easily my favourite, “Crazy Love”, begins with a sound that is eerily similar to the accompanying instrumental from Justin Bieber’s “Boyfriend” (or is that just me?). The chorus is the highlight of the song, with the repeated “Crazy Love” being seriously catchy. It’s a classic Seventeen track that is most similar to their previous tracks out of all their songs from their newest album, and could easily double as a second title track.

Seventeen did take a risk by exploring a new direction, but it was well worth the risk, as all the tracks off Al1 are gems. I appreciate how they managed to create new headway as a group with their style and sound, yet they remained true to who they were and to their past music by incorporating familiar elements into their B-sides. All in all, it’s simply a great album that’s perfect for the summertime season!