Song-wise, “Never Ever” is produced by Park Jin-young, and there appears to be strong mixed feelings on this one, but for me at least it’s a great jam. The glitching sound effects, the strong synth bass lines, and BamBam’s tongue-rolling drive the song along and sets it apart from other similar strong, pop-inspired, boy group songs that seem to be the trend lately. While many have criticised the song for its anticlimactic chorus, I would disagree — the layering of the vocal line with the synth instrumental countermelody presents an interesting twist to the sound. The climax of the song shows off some of the vocal members’ extensive range: JB’s and Youngjae’s ad-libs are beautiful (and I look forward to hearing them live on music shows!). What’s different about this title track is the line distribution and arrangement: instead of opening with Jackson rapping, this song kicks off with Yugyeom. The parts are also very fairly distributed and each member be it vocalist or rapper gets their chance to shine, which is not the case for many other groups out there. 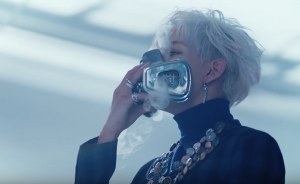 Moving on to the music video, there’s not much to see in terms of plot, at least. Building on from “Fly” and “Hard Carry”, there were many questions as to what exactly was going on in this trilogy. This music video continues the interplay of their choreography mixed with some plot advancement, but these extremely short clips do nothing to unjumble the confusion and disjointment (for example, why is Bambam in a gas mask?). For example, in “Hard Carry”, one of the main ideas presented was the members saving Jinyoung from drowning; in “Never Ever”, Jinyoung is again drowning after having crashed his car into the ocean, only this time, Mark is the only one to save him. In another scene in this new release, Youngjae uses a hammer to shatter the glass walls trapping Jinyoung in a greenhouse. In this sense, there are similar motifs of being trapped (Jinyoung) and rescue (the rest of the members) that are presented, but the bigger question of why isn’t exactly addressed.

One of the questions that many viewers, including myself, had was: is Jinyoung alive, or is he dead? The latter parts of the music video shot in a bright white room suggests that he is. The emptiness of the white room indicates a hospital setting, and when Jinyoung’s eyes snap open in the last few moments as he lies on the surgical table, it could imply that he’s waking up into reality. This may suggest that the previous scenes were all figments of imagination, and that all the instances of him being rescued symbolise the song’s bigger message of never letting their loved one go. 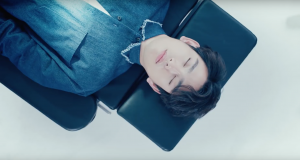 Granted, not all trilogies have to follow a plot, for example, Lovelyz’s first trilogy didn’t. In Got7’s defense, there are related elements in each of the three music videos that creates a certain degree of consistency and cohesion to the tracks.

Although the choreography and the cinematography didn’t disappoint, as snippets of their characteristic powerful and synchronised dancing were shown in time to the beat of the song, the music video overall was a letdown. There was great buildup and hype surrounding this trilogy, but it  was just one confusing thing after another. As an ahgase, I hope that their next release will be able to pick up again.