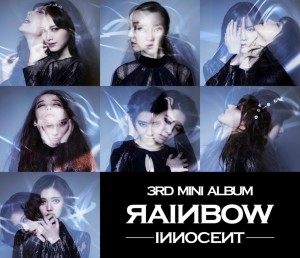 As Rainbow brings back their sexier side with their third mini album, INNOCENT, and having celebrated their 6th anniversary in November, it’s a good time to look back at the brightly-named girl group. From “Gossip Girl” to “Tell Me Tell Me,” the group has tried on many different hats in order to stake their claim as one of K-pop’s more famous groups.

In 2009, DSP Media debuted the colorfully named septet, Rainbow. Their concept: beautiful with each member having their own representative color. Their first promotional track, “Gossip Girl,” wasn’t anything new to K-pop, but it did set the stage for the first 3 years of the group’s career. The MV played up the fabulous aspect of the group; their beauty and the good fit their voices had together in choruses.

Rainbow came back a year later with the hit that defines their career: “A.” Probably the most famous – if not the most popular – song the group has released, “A” featured a catchy chorus and a controversial dance. The infamous belly-baring shirt lift, while wearing short shorts, gained quite the attention from Korean fans. When the group made their Japan debut in 2012 with “A,” some fans weren’t pleased, but Japan ate it up.

The promoted singles from their second EP, So Girls, built on the non-cute side of the group. Between the shots of the girls in luxurious settings in “To Me” and the close up glamour shots in “Sweet Dream,” Rainbow seemed to be about that high-life.

These releases also showed other sides of the group. “To Me” showed not just their power-runway-walking side, but additionally their powerful bad side. They aren’t afraid of a little revenge, whether it’s through knocking the guy out or spray-painting his car. Meanwhile, “Sweet Dream” was the group’s first promoted ballad.

If the charts are any indication, Rainbow had a solid concept that would help them game notoriety and fans. However, apparently, the powers-that-be wanted to change things up with their 2013 studio album, Rainbow Syndrome: bring out the cute!

Prior to Rainbow Syndrome’s release, Rainbow released a “top-less” image to gain attention. Surprisingly, their comeback wasn’t nearly as tantalizing. Both the “Tell Me, Tell Me” and “Sunshine” MVs featured bubbly tracks and pastels everywhere. Rainbow played up the aegyo and cute behavior, and did it effectively. Sadly for them, this change didn’t have the same amount of success as previous releases. 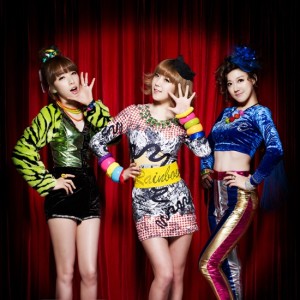 Speaking of the cute phase, it all began with Rainbow’s first sub-unit. Rainbow Pixie (SeungAh, Jisook, Hyunyoung) was DSP’s first shot at the sub-unit craze as an attempt to keep the group in the public eye. After Orange Caramel gained attention for their quirky concepts, it’s no surprise that Rainbow Pixie followed suit. Their concept showed an entirely different offering than what Rainbow could do: they weren’t just a sweet or sexy group.

However, perhaps this move by DSP was not exactly smart. The group had to face comparisons with the previously debuted Orange Caramel. The groups were different in their music – Rainbow Pixie was more of a cute spin on more typical K-pop tracks. Sadly, despite the trio’s desire to stick around, the sub-unit hasn’t made a comeback.

Instead, Rainbow BLAXX came into being last year. While Rainbow Pixie was impishly cute like their name, BLAXX (Jaekyung, Woori, SeungAh, Hyunyoung) was ultra-sexy. The issue with this is that so many other groups were also doing the sexy concepts, that it seemed a bit clichéd – even though Rainbow, as a whole, had done sexier concepts before. The group did gain a lot of attention, but sadly, it wasn’t all positive. They had to change their choreography and also got caught in the firestorm of the Korean Communications Standards Commission’s attempt to control the level of sexiness on stage. Such negativity is probably not what the group had in mind. 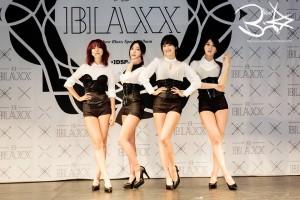 Looking at Rainbow Pixie and BLAXX promotions, it seems like these sub-units mark the concept shifts for Rainbow as a whole. After Pixie, subsequent Korean promotions consisted of cute, bright concepts – which was new for the group. Now, BLAXX brought back the group’s darker, sexy side, and INNOCENT seems to be a shift back in that direction.

Although “A” should have been the song to send Rainbow skyward, the group hasn’t been able to maintain the attention that the track received. The group has charted decently over the years, but has yet to hit number one on the charts or music shows. This is likely mostly due to DSP’s lack of effective promotion – which seems to always be the case for the label. The group has only had one full Korean album and about four promotional cycles in their 6-year tenure. That’s not nearly enough. While sunbae sister group, KARA, has become one of the premier K-pop groups, Rainbow has not come near to their level of popularity. 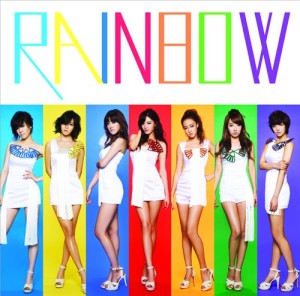 Despite this, the group has managed to keep a hand in many different activities; whether it’s acting, variety, or modeling. Others, such as Jaekyung, dabble in art, cooking, and candle-making. These are the reasons why the group maintains a presence in the minds of K-pop fans. Although, according to leader Jaekyung (in a joking way), a scandal or incidents would help raise their profile.

Rainbow has a good thing going for them: catchy hooks and distinctive point choreography. Now, they just need the right song – and promotional period – to get that big break.