There is nothing more loathed in the K-pop community than the notorious sasaeng. These sasaengs, usually young women or teen girls, are equipped with high-tech cameras and an unshakeable determination. Inconvenience or financial expenses are not a concern for them, as they travel all around Korea in relentless pursuit of idols.

Unfortunately, we are all aware of just how far they take their passion for idols, taking invasive photographs, physically harassing idols at airports and generally preventing them from living a safe, enjoyable and normal life. Some even go as far as to poison idols, harming themselves to prove their love for their favourite group, stealing idols’ belongings or leaving their soiled sanitary napkins as ‘gifts’, all in an desperate effort to be remembered by their beloved oppas.

The concept of sasaeng life is eve 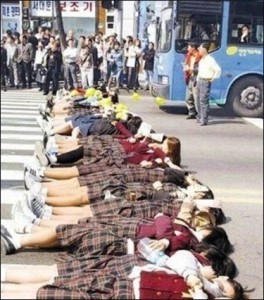 n more absurd to international fans, with many shuddering at the horror stories coming out of South Korea and its neighbouring countries. The internet erupts in indignation every time a new sasaeng incident occurs, with i-fans being some of the harshest critics of sasaengs. Many of us seem to hold a moral high-ground for not engaging in the same behaviours and also seem to believe that this is not a problem that will affect our small K-pop communities in our home countries.

One of the reasons why sasaeng activities are more common in South Korea and less so in Western countries is due to culture. Most Western societies take issues like privacy and personal space extremely seriously, and being a sasaeng will most surely get you arrested in many countries. It is understandable why sasaeng culture has flourished in South Korea, because the laws involving stalking and privacy, and also the punishment of minors, are very minimal. Therefore, sasaengs often don’t face much personal risk except for social ostracisation, allowing them to happily continue their destructive behaviours. In the case of international sasaengs, however, the laws in their own countries are often more strict. In countries such as the UK and the US, many celebrities have sued paparazzi or obsessive fans for taking invasive photos or stalking them, indicating that a strong system is well and truly in place to prosecute such people. 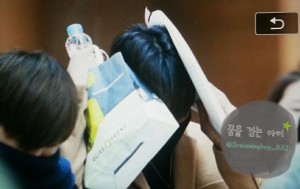 Of course, the most obvious reason why being a sasaeng is easier in South Korea is that the idols actually live and work there, making it easy to follow them. Even if an i-fan wanted to be a sasaeng and get deeply involved in idols’ lives, they would not be able to due to physical limitations. However, the inner sasaeng nature of some i-fans comes out when idols visit foreign countries. This was most recently seen in the chaos at Heathrow Airport when four Exo members landed there earlier this month. Not only was there a great deal of pushing and shoving, but some fans decided it was appropriate to link arms with the members, grab onto them, or attempt to throw gifts into their cars. Other fans, who are part of the vast majority of sane fans, can be heard yelling “Don’t touch them! Don’t hurt them!”

And of course, where there are sasaengs at the airport, there will also be sasaengs in the streets. Not only in Exo’s recent case, but in many others, the madness has extended beyond the airport, well and truly delving into sasaeng territory. I-fans have researched where idols will be staying, camped outside the hotels and then pounced at the slightest hint of movement. One can imagine that there would be nothing more unsettling for the idols than being stalked in a city that they are completely unfamiliar with. Additionally, i-fans engaging in these behaviours become a nuisance for the public as well, who must be wondering why a horde of rabid girls are congregating outside a cafe, watching young men drinking coffee as if they are a zoo exhibit. 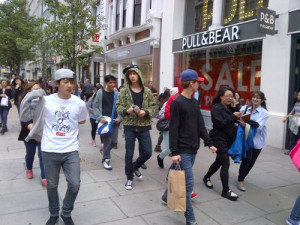 I-fans all seem resolute in their disdain towards Korean sasaengs, but it is remarkable that a sizeable number of i-fans then engage in the very same behaviours when idols come to their countries. They not only throw common etiquette out of the window, but also break some laws around stalking and personal privacy in their own countries. Despite the risk of being arrested or charged, some fans are so dazzled by seeing their beloved oppas in person that all this seems to leave their minds.

What’s more, international sasaengs often don’t perceive themselves as sasaengs. The Korean sasaeng community has branched off into its own entity, and does not have cordial relations with the mainstream fandom. They seem to relish in their separate identity, and most of them admit to being sasaengs. International sasaengs, however, often refuse to accept that what they are doing well and truly counts as stalking and invasion of privacy. 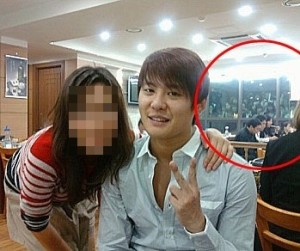 The perception is that only Korean fans can be sasaengs, because they are the ones who have the power to interfere in idols’ personal lives at home. Additionally, i-fans’ behaviour is fueled by the belief that they only have one chance to see their biases in person (which very well may be true). This leads to a do-or-die attitude, where some are prepared to do anything to make the most of the 1-2 days that the idols are visiting their city. Another common argument is that there is a difference between Korean sasaengs who dedicate every waking moment to following idols, and fans who only follow an idol when they are in their country.

The recent actions of some i-fans reminds us how easy it is to get carried away in the hysteria of fandom, and how we can’t let the slight change in circumstances justify stalking or other harmful behaviours. After all, these idols have travelled hours upon hours to visit our countries for special performances or even for holidays, and if we want them to return, all we can do is show them the utmost love at concerts and fansigns and let them enjoy the little free time that they do get.