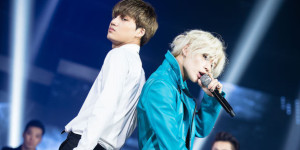 With the recent solo debut of Shinee‘s maknae Taemin and the discussion on which idols we want to see solo, it ultimately raises the question: does every idol have what it takes to make a solo debut?

For a number of idols, being in a group is a mere stepping stone to their ultimate dream — being a solo artist. But as sad as the truth is, there’s little room in this saturated K-pop industry for everyone with a solo dream to stand on their solo stage. Even with the handful of idols who have already done so, all of them have achieved success to varying degrees. So what is it that makes one solo debut more memorable than the other?

1. Distinct Musical Style from the Group

To me, this is probably the most important factor for a standout solo. Oftentimes, solo debuts from idol groups draw attention for their radical music style which deviates from the group’s norm. Although idols are increasingly becoming more involved in the production and choreography of their releases, the style and concept of the group is still largely dictated by the company, to pander to the mainstream taste. It’s the harsh truth, but lip-synching and performing sexy choreography is probably very different from what 50% of idols imagined their singing career to be when they auditioned. SNSD’s Taeyeon reportedly cried when she first heard “Gee” because she had no desire to perform such a song on stage, even if it eventually shot the group to stardom. 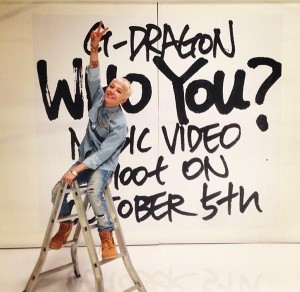 But, no matter, they persevere through it for the ultimate goal of releasing a solo album and making the music that they love. Not the repetitive autotuned earworm-y stuff that they are contracted to do, but the specific genre of music that they love. Big Bang‘s solos come to mind immediately. As a group, they release great hip-pop music that is popular with the masses. But individually their styles couldn’t be more different, from Taeyang‘s R&B ballads to Daesung‘s trot inclination and down on to G-Dragon‘s eclectic mix of hip-hop and dance. They appeal as unique individuals because they are no longer seen like mere spawn of their original group, but creative artistes who have control over their own musical direction. Even if the direction includes a lot of violin-playing. This is essentially their best opportunity to reach out to audiences who might not previously have been fans of the group’s style but might totally fall in love with the new feel the solo debut offers.

This is sort of a duh factor. Of course, being a solo artist means being able to sustain an entire song well since there are no longer five other people to divvy up lines with. While some enjoy the additional spotlight, it’s by no means an easy feat, as it requires legitimate vocal talent and stability at a level that being an idol group members sometimes doesn’t necessitate. In most groups, it’s usually the main vocalist or rapper that is deemed good enough to make a solo debut, as it’s likely they have the required range and stamina to power through an entire song on their own. It’s a rare chance to prove to the world that idols can sing an entire song perfectly well on their own. 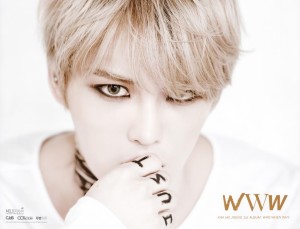 There’s no denying that JYJ is a group chock-full of talented vocalists. And although fans thoroughly enjoy hearing them harmonize and sing together, it’s also a dream come true to hear Jaejoong show-off his unique voice through rock songs and to indulge in Junsu‘s husky vocals in his dance ballads. Ultimately, debuting on a solo stage is the artist’s attempt to carve a career apart from one’s group, and the best way to gain people’s respect and recognition is through the quality singing itself.

3. Ability to Fill Up the Stage

Despite how I feel (2) is absolutely essential, Hyuna comes along and proves me all wrong. Her scratchy voice is a turn-off for quite a number of people, but her electric stage presence and incredible performance never fails to hook viewers in, whether as a soloist, as a member of duo Troublemaker or as a member of 4Minute. Compared to sharing the stage with a few other members, promoting solo is a much tougher challenge. In-sync choreography is no longer sufficient to fill the entire stage;l it all depends on one’s charisma and energy to take up a stage that’s usually meant for a bigger group. We don’t want to watch a solo stage and get the feeling that something’s missing or that there should be more people on stage.

There’s a reason why Sistar is sometimes called Hyorin & The Girls, and 4Minute is referred to as Hyuna & The Girls. Both female soloists have very different vocal abilities and performances, but they have one thing in common — they own the stage when they’re on it. Whether they’re belting out the crazy high notes or performing dance choreography, they channel the passion and fire from the stage to the audience at home.

Contrary to popular belief, filling up a stage is not about jumping around and being everywhere on stage. Who cares if there’s only one person standing on the spot with a mic stand? Stage presence is about how our eyes can’t help but be drawn to them, and that’s all that matters. The ability to come across larger than life, to take up the entire stage, to attract people’s attention. That’s what performing solo is all about.

While I would like to say success is merely based on the music and performance, there are a lot of other factors that come into play. Performing as a soloist is a lonely path to take, and artistes such as IU and BoA often comment on how stressful it is. Without other members to lean on, the solo artist now has to take up everyone’s roles. Instead of only being the main vocal, the artist is now the main vocal, the visual, the leader, the variety-dol, all rolled into one. There’s no longer that previous teamwork synergy that can help cover up each other’s flaws. 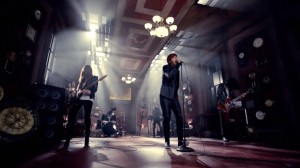 While L might be the most popular member in Infinite, I find it difficult to ever imagine him as a solo artist. Even if his vocal skills were exemplary, his shy on-screen personality would make it difficult for him to promote alone. Without his members, L immediately recedes into his chic image, and he would hardly ever open his mouth in interviews and variety shows. Thus, although Sunggyu loses out slightly in the popularity game, he’s much less dependent on his members in that aspect. Even without his six dongsaengs supporting him, he can very well hold his own in interviews and variety shows (although L still has to support his MV). In fact, the whole of Infinite is probably 80% dependent on him in such circumstances. At the end of the day, the Infinite leader can be trusted to not fade into the background on shows, even when standing beside more intimidating personalities.

Solo debuts usually occur if there’s deemed to be ample interest from the fans. After all, everything in K-pop is a carefully calculated cost-benefits analysis. And of course the bigger the fanbase, the more resonant the support will be. K-pop fans are known for blindly loving anything that’s released by their idols. Right from the start, the idol is already guaranteed to have at least a decent amount of fans who come from the fandom. And after that, it’s up to the idol to attract more fans.