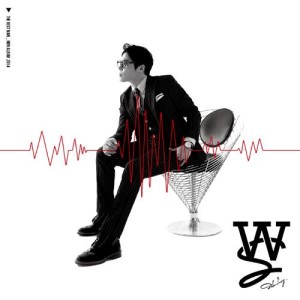 Amongst all the K-pop groups, some soloists have shined brighter than most. The legendary Wheesung is one such soloist. When it comes to Korean R&B and soul, Wheesung is seen as one of the icons of the genre. After an extended wait, The Real Slow has finally unleashed his new mini album, The Best Man. With recurring themes of love and pain, the album features not only the typical love song, but also the struggle of a musician.

The opening track of the album is “Best Man.” Naturally, you’ll first put the track from which the album gets its name. Complete with brass instruments, an organ, and a pronounced bass guitar, “Best Man” practically yells old school R&B. Smooth and soft, Wheesung is trying to become the best man for the woman he loves. eSNa does make a brief featuring on the track, and serves as affirmation that Wheesung is indeed “the best man.” Her part offers a sweet addition and it would have been nice to have more of her present.

Love isn’t just for another person; it can also be for your career. Next up on the album is Wheesung’s ode to his career and desires, “I Like the Music.” The track is a powerful ballad about only wanting to sing, and is emoted so well that you hear the pain and urgency. Once the song is reduced to mostly the piano, this fully comes into effect. You can almost hear Wheesung fighting back tears. The backing vocal by the chorus is spot on. It’s one thing to layer your own voice, which is also done, but to add an entire chorus is great. It gives Wheesung room to let loose on some high notes. “I Like the Music” does seem to have a split personality: being a traditional ballad or a rock ballad. Whether this works or not is up to the person listening.

Next, we get to the title track, “Night and Day.” This is Wheesung in his comfort zone: powerful pop R&B. The song blurs the line between pop and R&B with the incessant beat and inclusion of guitar. Progressing slowly during the first verse, the song hits its stride during the chorus. With the strong string presence, there’s the feeling of the powerful OSTs from 1990s movies, such as Aerosmith’s “I Don’t Want to Miss A Thing.” Wheesung loves you 24 hours, night and day. The song speaks of his desire to protect his love like a knight. Perhaps it should have been titled “Knight and Day,” but they probably wanted to avoid any criticism regarding it being the title of a movie.

As for the MV, the story line was actually well done, since people are still unsure as to what actually happened between C.A.P and Yura’s characters. It would have been nice if Wheesung had really danced, too. That’s just a suggestion for the next comeback.

The true gem on the album is “Lie Next to You.”Although known as an R&B powerhouse, Wheesung also shows his subtle abilities. Providing a nice respite from the previous songs, “Lie Next to You” is a like a lullaby. Only accompanied by the piano and some backing vocals, the song is an acoustic performance that would work well in a café setting.

“When you put your head on my arm, when I gently pat you

I see you smile and then I believe in angels

When your dream is over, when morning comes

The track oozes sappiness, but not so much that it will make you sick. Instead, it is the quiet, swoon-worthy, confession of love. A lot of us will eat up this track for the sheer romantic notion of a lover having the same thoughts. 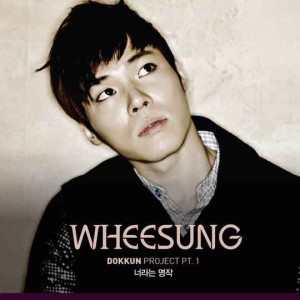 In the midst of completing his military service in 2012, Wheesung participated in Part 1 of the Dokkun Project with the track “Masterpiece of You.” The Best Man includes, as the fifth track, the remastered version. As he expresses the masterpiece that is the girl’s beauty, the track is lively and has almost a jovial feel. Wheesung even sort-of raps on the track.

For the last two tracks, Wheesung goes to a darker place.

“I Don’t Want to Know” speaks of the unwillingness of the heart to accept that a relationship is over, and the desire to forget everything. Musically, once again, Wheesung mixes things up. The track has more of a pop or indie feel to it. The key to this is the piano. Although the track is melancholic, the piano has a slight upbeat, which also uplifts the song. Of course, Wheesung’s soulful voce is still present, but overall, the track departs from the typical R&B.

As the final song, “I Need to Make Money” is the most heart-wrenching track on the album. What was once Wheesung’s source of peace is now a tormentor.

“I need to make money, even if my throat rips apart, I need to sing

If I want to receive attention, I need to make some noise

I need to make money, the fruit tree needs to be planted on top in one try

That’s a hard place to be as a singer. The effort to push oneself to the breaking point just to make money is, assuredly, something to which others can relate. At the same time, there is a defiance. Despite it all, music is still Wheesung’s dream, and even though people say he shouldn’t, Wheesung will keep going.

Regrettably, the mini-album isn’t a full album. However, as they say, beggars can’t be choosers. In The Best Man, he shows off his diverse range and his ability to sing different styles. Even though Wheesung has been in the industry for over 10 years, he still delivers and impresses. A strong comeback from a strong artist, and thankfully, he’ll keep going.