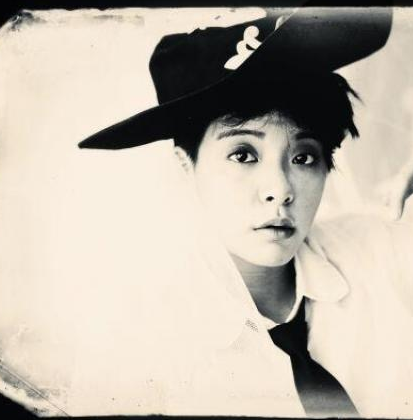 It’s been almost four years since f(x), SM Entertainment’s psychedelic hipster sister group, exploded on the radar with their debut “LA chA TA.” Things went well for f(x) as their tenure on the K-pop scene endured, and they turned heads with the Nu ABO extended play, wowed with the ten track snack pack album (damn, is my rhyming game on or is it on) Pinocchio, turned up the heat with “Hot Summer,” belatedly came back with”Electric Shock,” and now, finally, put fans out of their comebackless misery with the second full album Pink Tape.

At a glance, this cute little synopsis of f(x)’s music career may seem robust, but in reality, it’s no dirty little secret that f(x) is slowly being grouped into the arms of the rest of SM’s other unloved spawn. While at first, “LA chA TA,” “Nu ABO,” and “Pinocchio,” all seemed fine and dandy,  f(x)’s latter years have been kind of patchy. Both “Pinocchio” and “Hot Summer” went under fiery criticism for being remakes, and thing didn’t exactly bode over well when in between Nu ABO and Pinocchio, Amber came back to the states for almost a year with little explanations coming from SM. (It was later revealed she wen back to treat a serious ankle problem.)

In June 2011, SM repackaged Pinocchio and dropped “Hot Summer” for a hot minute, but then f(x) pretty much fell off the map afterwards. If it wasn’t for leader Victoria‘s stint on We Got Married and the nagging worry that f(x) was going to be locked up in the SM basement for the rest of eternity, most of us would have probably forgotten about them. Because it wasn’t until June 2012, almost an entire year later, that f(x) released their “Electric Shock” EP, which did prove to be a snappy jam for summer and did revive our hope in the dream of the future f(x). 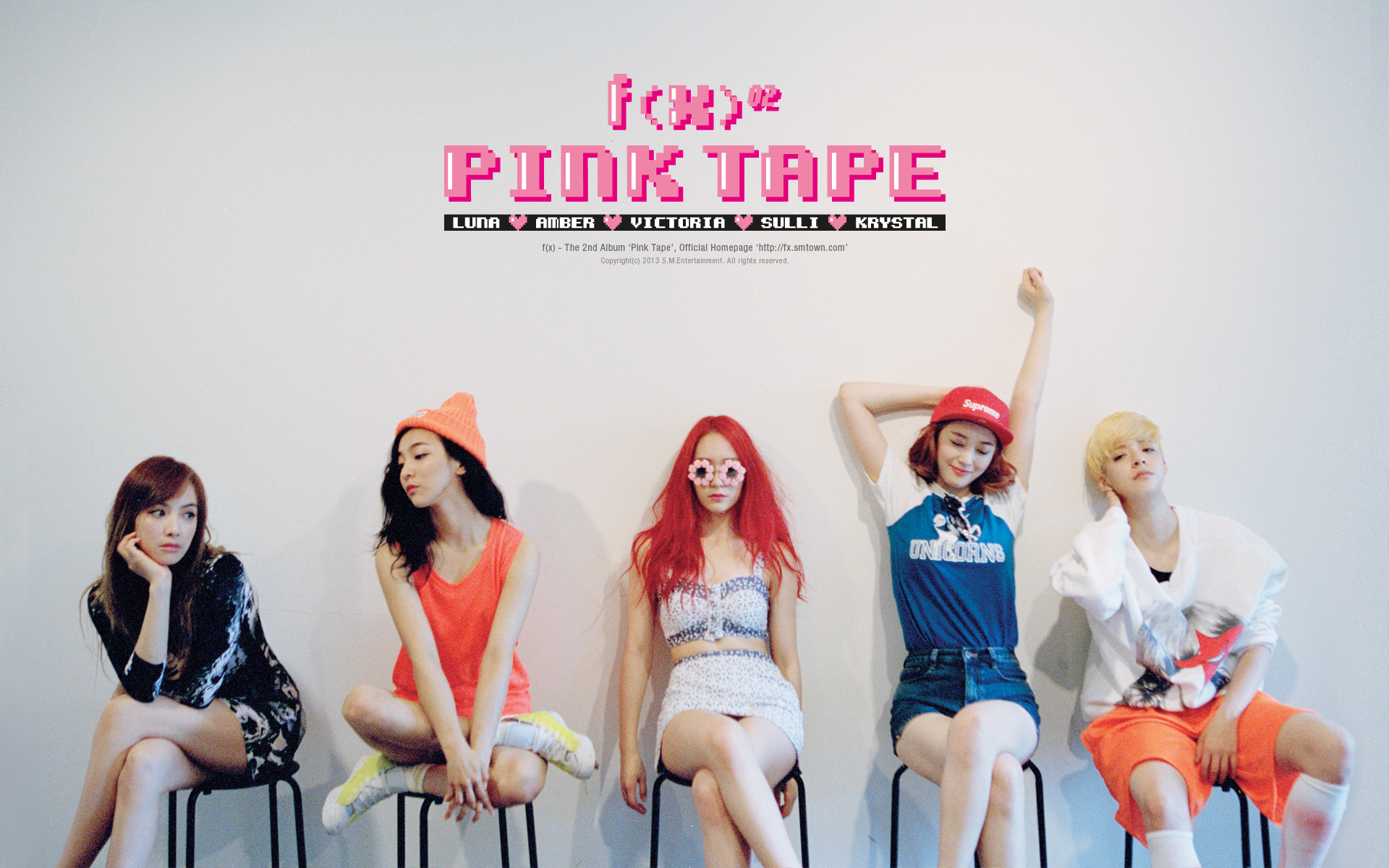 After another whole year and some odd months of endless waiting, f(x) has once again returned with their full second album. So, let’s not make you wait any longer–let’s unpack this puppy! Or tape, or whatever, let’s do this.

Pink Tape kicks off with “첫 사랑니 (Rum Pum Pum Pum),” the infectiously catchy and atypically tuned title track. Truthfully, this song is really only appealing to me because of the song itself–musically, I find it really interesting and different. 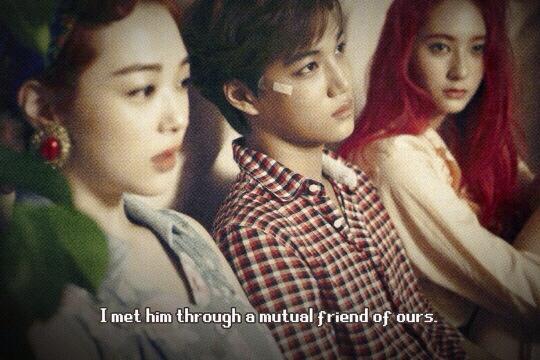 These are always two umbrella terms I’ve always associated with f(x), so naturally I took the album as being off to a good start. Lyrically the song is weak–the concept is cute (tackling your first love by equating it to the unforgettable and annoying pain of growing a wisdom tooth), but there is no depth. It’s basically your staple SM title track, but I have little complaints other than that.

Things only get better, though, with “Shadow,” my personal favorite track. It spins the tale of the innocent love story, accented by charming music box twinkling and exasperated swooning. At first I took it kind as a stalker confession, but the song seems to more about falling in love, but never really being able to face it. That is, it’s the super sweetie teen love that you become absolutely infatuated with but are too young to understand as love. The song barely scrapes the idea of full blown romance, and rather floats the listener in airy tune that is just gushing about the butterflies in the pit of your stomach.

“Pretty Girl,” on the other hand, blind sides you with that edgy and up in your face f(x) none of us really ever get enough of. This song breaks out the guitar notes to add a stronger element to the music, and more forward and biting lyrics are strung along to make pack this number with a punch. The song gears up against the formula for the conventional ‘pretty girl,’ and turns the label on its head by branding it as predictable and commercial.

So all you pretty little princesses now get out the way
You depend on the prince’s arm, hanging like a doll, a trophy girl
Like your white face, you have no color, you’re boring 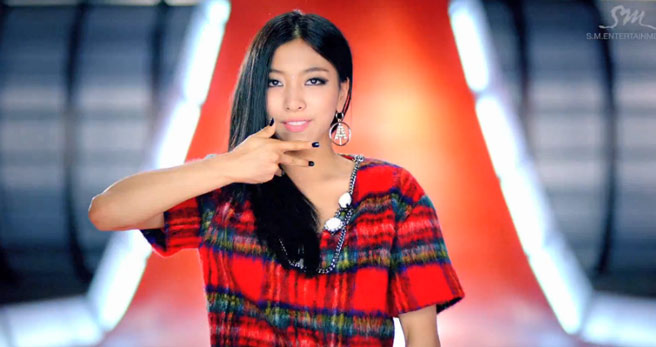 Pink Tape loses a bit of its luster, however, once we get to “Kick,” “Signal”, and “Step.” Overall, these three tracks were pretty much catchy for being catchy’s sake, but don’t really add much artistic substance to the album as a whole. “Signal” channels a retro vibe and “Step” has an infectiously catchy electric beat, and these songs both seemed promising at first, but they really only seem to loop and fail to create a dynamic listening experience. Moving on.

When I saw EXO’s D.O. featured in Amber, Luna, and Krystal’s “Goodbye Summer,” I was totally prepared for my sweet rolling RnB love jam (I don’t even know why, I just kind of assumed…that’s all that pretty much comes out D.O.’s mouth). The song is actually way more mellow with the acoustics and the lyrics are again very sweet and innocent. “Goodbye Summer” tells the all too relatable story of falling in love with your best friend, but never being able to confront those feelings. I thoroughly enjoyed the song, I just only wished Amber didn’t rap as much. And yes, I know, that sounds utterly terrible of me, but I love Amber’s harmonies way more than her raps, and she needs to get those vocals on lock down so she can rock ballady tracks like this one. 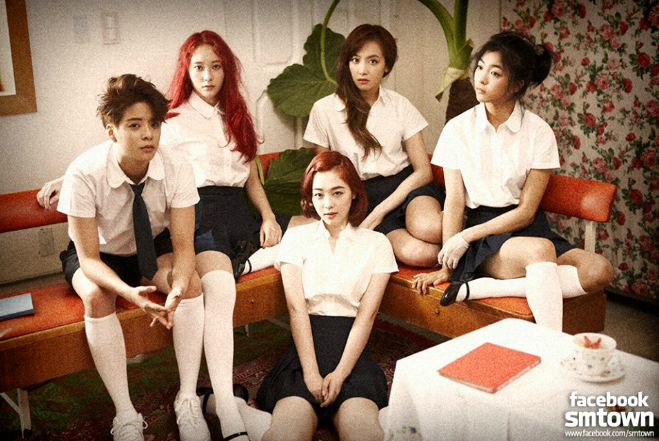 “Airplane” is the cool, house-ish, heavy instrumental piece on this album, and I liked it a lot more than I thought I would. It’s a very smooth song and the lyrics are not dense at all, and all around it makes for easy listening. “Toy” was cool for like a second but the disjointed melody put me off after a while. Maybe because it came in the wake of “Airplane,” but all the same, it’s still pretty filler.

Same feelings with “No More.” I really liked it at first and, again, though the lyrics were super sweetie, but the song is almost too easily forgettable. It’s got a predictable progression and sound, and aside from the cheery chorus, doesn’t really add much to the album, particularly as it finishes. Basically sounds like a SNSD reject. But, ironically enough though, “Toy” and “No More” feature Amber singing more lines as opposed to rapping, and she sounds orgasmic. I don’t know, I have thing for her singing voice. Girl crush status. 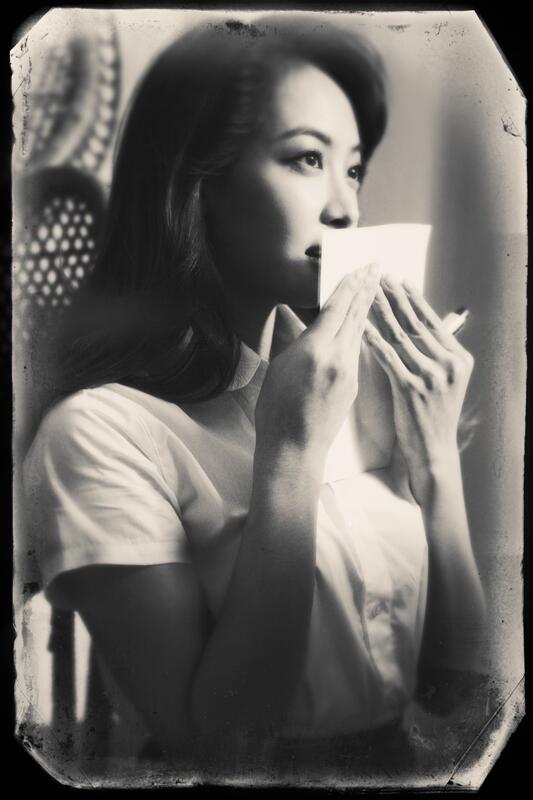 The denouement to Pink Tape isn’t a disaster, though. “Snapshot,” is a fun, jazzy number that does actually contribute something musically and lyrically interesting to the album. The song is about always being picture perfect in front of that perfect crush, and struggles with the compromise of just being one’s self. The execution is flirty and engages the listener in a more unique way than any other track does on the album.

“Ending Page” is a fitting track to close the album, but it is also the most surprising. It breaks down the vision of innocence the album as spent so long building up, and approaches the reality of the darker moments of love and relationships. It is the most mature track on Pink Tape and channels a heartier sound that is more grounded in strong vocals and vulnerable emotion. It has a yearning tone to it that is also guarded, as the song corners love as it turns sour and confronts the bitter idea of ending.

As I’m sure it’s plain to see, I was very back and forth with Pink Tape, but I still think this is the best of f(x) we’ve seen in a long time (too long a time, though, honestly). I think there is a lot of room for growth, however, f(x) are still amazing at working their unique angle in the grand scheme of the SM favorite children. Here’s to hoping for more!

Be sure tell us what you thought about Pink Tape! Which tracks do you think flopped and which ones do you have on repeat? Until next time, Seoulmates!