The Book Finally Closes on the JYJ/SM Conflict 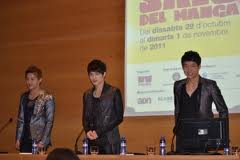 Perhaps one of the biggest controversies ever to grip the K-pop scene came to an end just a few days ago. On November 28, 2012, JYJ withdrew their lawsuit that had been going on for over three years against SM Entertainment, and both parties agreed not to interfere with each other’s activities (sparking hope that JYJ will be removed from the blacklist in South Korean entertainment and be allowed to make a real return to promotions). So at the conclusion of all this, fans are left with two questions: 1) what brought the lawsuit to such an abrupt end? and 2) what’s next?

For those of you who haven’t really kept up with the whole story, here’s a brief rundown. On July 31, 2009, Jaejoong, Junsu, and Yoochun, then members of DBSK, filed a lawsuit against SM Entertainment seeking annulment of their unfair contracts. This shed light on said contracts and it was revealed that the 13-year contract the members had signed were unilaterally disadvantageous toward them. Fans were outraged and after it became obvious that the other two members, Yunho and Changmin, had no intentions of splitting from SM, there came the dilemma of which team to root for. In the following months, the five of them finished up their Japanese activities after the Seoul Central District Court granted JYJ’s injunction suspending their contracts (pointing out that the contract was completely incompatible with Korean labor and contract law) and split, for better or for worse.

Both groups retreated for a few months before making comebacks. Yunho and Changmin worked hard to learn extra responsibilities that had originally fallen on the shoulders of their strongest vocalists. Meanwhile, Avex, the label the boys had been signed to in Japan, put JYJ on hiatus early 2010. In April that year, Rhythm Zone, a sub-label of Avex, announced JYJ as a new group. They toured Japan and released some material that became successful on the Japanese market, but that was short-lived. Avex announced in September that they planned to suspend JYJ’s Japanese activities due to conflicts with the group’s Korean management, C-JeS Entertainment. However, the members stated that the problems stemmed from contract renegotiation.

The trio continued international activities as DBSK made their comeback as a two-member group back in South Korea. JYJ released The Beginning under Warner Music Asia, and despite the ban that had been placed on them by the three major broadcasters (SBS, MBC, and KBS), the group had their first public broadcast performance during the KBS Drama Awards performing “Found You,” a ballad from the OST of Sungkyunkwan Scandal. Throughout 2011 and 2012, JYJ continued their activities both internationally and domestically. They released “In Heaven,” a beautiful ballad that was a reminder of just how much talent SM had lost in this whole ordeal and even toured North and South America, and took on drama and musical roles to promote the group and bypass the network ban. Finally, everyone was getting used to thinking of JYJ and DBSK as two separate groups. 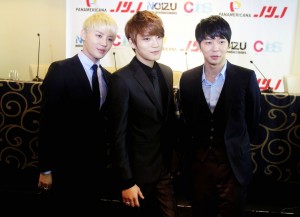 The conflict between JYJ and SM seems to be finally ending, but there are so many things about the whole story that us, as fans, will never have access to. I’m going to go ahead and make a wild guess and say that there were probably some large sums of money that changed hands in order to get JYJ to withdraw their lawsuit. The parties met a total of six times before reaching this agreement, so there must have been a hidden factor in here somewhere. However, it looks like JYJ is pretty happy with the outcome, as the president of C-Jes Entertainment, Baek Chang-joo, stated:

We thought that victory was in our grasp when the courts ruled in our favor. Basically, this concession means that our side has won. Frankly, the limited activities that JYJ can partake in is not a matter of law, but a battle between David and Goliath. So I feel that even with this mutual settlement, nothing major will happen.

It came as puzzling to me at first why they would consider withdrawing a lawsuit a success, but Junsu explained his thoughts on the last three years during a press conference in Germany on his first world tour. He said:

I came to know of the verdict on the day that I departed for Germany. As the legal proceedings went on for a quite a while, the final verdict has left me not knowing what to do. But I feel that our efforts for the past three years and four months were worth the effort, even though we did not have any substantial benefits on our side during this time. But through this issue, the Korean Fair Trade Commission has set a new set of guidelines for fair contracts, and will help in ensuring a better environment for our juniors. We feel gratified at this result and this is the source of energy that has kept us going until today and not to give up on our lawsuit. 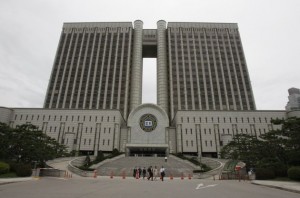 And with that statement, I finally understood why the group had been so persistent with their legal efforts. Sure, maybe they got some money from the company as compensation, and that’s a perk. But being some of the most famous artists in South Korea, they could have gotten that money anywhere else, so why did they bother fighting back against arguably one of the biggest and most successful entertainment companies in the country? It looks like wasted effort from the outside, but this lawsuit was a gamechanger for the relationship between labels and their artists. Now, companies have to adhere strictly to the rules set forth for labor by the government instead of trying to sneak around them, and as a result, artists have benefited from this. The playing field may not be entirely level yet and probably never will be, but a step in the right direction is all you can ask for sometimes.

So what’s next for JYJ? They’ve made it clear that they intend on following their planned schedule as usual, and I guess we’ll have to wait and see if they will be allowed to make a triumphant return to really competing with other K-pop groups on music shows. As for me, I’m interested to see their interactions with Yunho and Changmin again if they do return to regular run-of-the-mill promotions. Despite not knowing what’ll happen in the near future with JYJ, I’m sure that the boys will work just as hard as they did during this lawsuit and continue to produce wonderful music. With the lawsuit finally over and everyone turning over a new page, I wish JYJ the best of luck.