Nell Illuminates with the White Night

K-indie rock sensation Nell continues to hail down on audiences with their latest studio album Holding onto Gravity. After concluding a four year hiatus and making a comeback in April, Nell delivers their 5th studio album and their next title track, “White Night.” 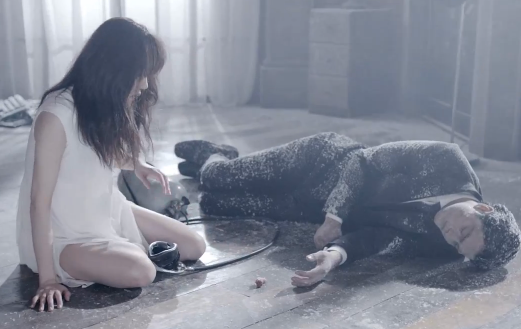 Starring the haunting Lim Soo Jung, “White Night” tells the complicated story of unrequited love. Soo Jung awakes, alone and scared, and appears to be suffocating. What has happened here in unclear–was there a massive snowstorm, did she faint in an abandoned house, was there some disaster? In a desperate rush to find oxygen, Soo Jung flees to the other room and rips the mask of an oxygen tank out of the hand of the dead man on the floor, inadvertently breaking off his finger.

With oxygen in her lungs, Soo Jung finds the initial trauma subsiding, but only for a moment–a closer look at the broken finger reveals a couple ring, the same couple ring she is wearing. Realizing the man dead on the floor is her lover, she falls into utter heartbreak and shock. She gets up and moves about the room, only to find that very same ring, frozen into ice on the ground. Suddenly, there is a huge collapse in the room she just came from, and Soo Jung finds she is staring at herself, laying in the other room, exactly how she was before. Stunned, she falls to the floor. A few moments later, she wakes up in exactly the same place she was at the start of the MV. 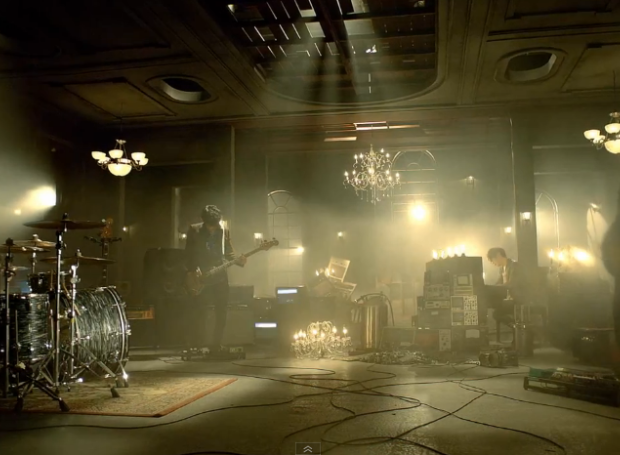 Complicated storyline means only one thing–a deeper meaning. This MV seems very much open to interpretation, but if you ask me, the point of the MV is to convey a sense of self entrapment. Clearly what is going here is cyclic: Soo Jung awakes in search of sanctuary and instead finds her dead boyfriend, over and over again, and yet somehow forgets where she is when it all starts over again. The plot is therefore an artistic analogy of trying forget heartbreak but succumbing to it each time the memories are revisited, something that is playing out in Soo Jung’s head and not, well obviously, in reality. She can’t seem to let the thought of her old lover go, but trying to make sense of her emotions only keep returning her to memories of better days and breaking her back down. Each try proves unsuccessful at healing anything, so she tries over and over again.

Her acting was thoroughly convincing–she made the fear and sadness and desperation almost too tangible. I very much enjoyed how simply the drama backdrops were decorated, as well at use of antique furnishings. Nell, on the other hand, looks absolutely amazing as they perform in a room lit by chandeliers. They did a great job delivering a charisma all their own, one that even rivals the impact of the plot line itself.

Given the open endedness of this MV, I’d love to hear your take on the story unfolding in Nell’s “White Night.” Let us know what you think!