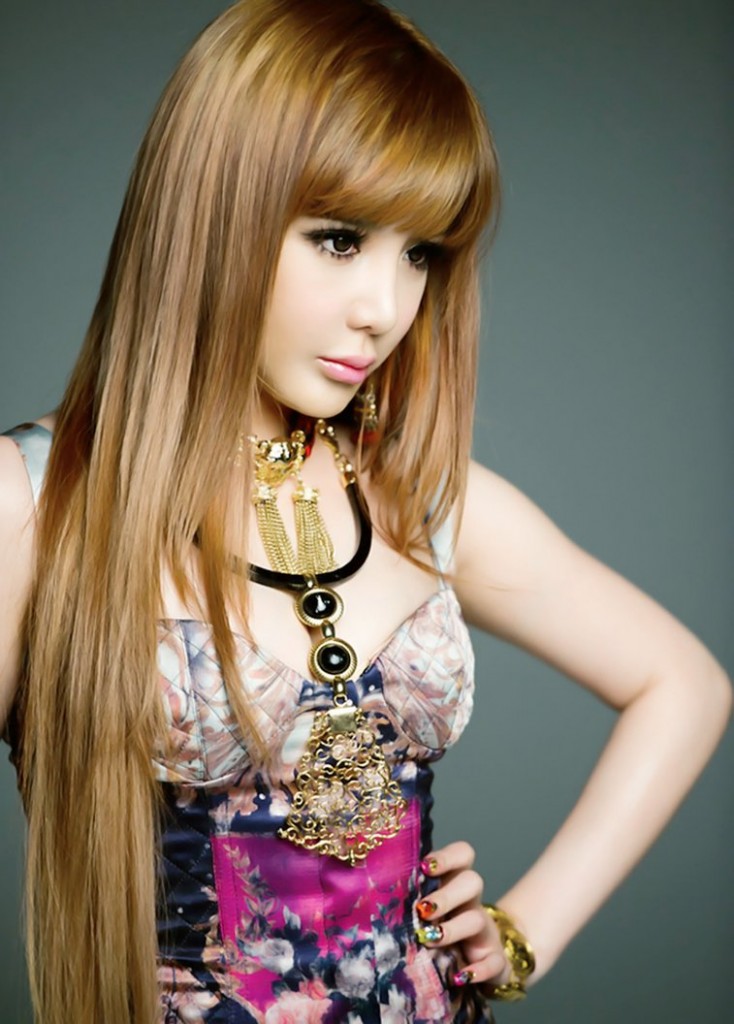 If someone were to come up to me right now, at this very moment, and say, “Hey Nabeela, if you could be one K-pop idol — ” “Park Bom, done and done, bye.”

Needless to say, I’ve thought it over countless times during one too many calculus lectures about which K-pop idol I would want to be if I had the choice. I’ve made no secret of my undying love for Park Bom and God only knows what I wouldn’t give to be the owner of that many pairs of Christian Louboutin, and the perfectly colored hair and infinitely long legs. And why wouldn’t I? Her life is so glamorous — she’s fresh to death with designer labels, has a banging bod, a killer personality, and an amazing voice that is just the cherry on top.

Ask me what me and high school friends used to fantasize about back in the day, and I’d have to tell you that we would have given anything to trade our mundane and awkward tween years for the glittering K-idol life. And I’m not going to deny that there aren’t moments in my life, even now, that I don’t wish I could forsake abusive calculus to be Bommie, rocking out to “I Am the Best”, and slaying men’s hearts with “I Love You.” That kind of desire, I think, is to be expected of any fan though, to some degree. I mean, idols aren’t called idols because we pity them.

But over the years, my relationship with K-pop has educated me on some ugly truths about the lives of K-idols, which has, in moments of clarity, really made me rethink what it is I was wishing for. Sure, the life of a K-idol guarantees celebrity and fitness and designer wardrobes and perfect hair around the clock, but it seems as if the good life isn’t as good as what we’re made to believe. Which is exactly why, despite all the reasons I’d love to be K-idol, I’ve made a list of the reasons I’d never want to be a K-idol.

Sorry, I love meat too much. 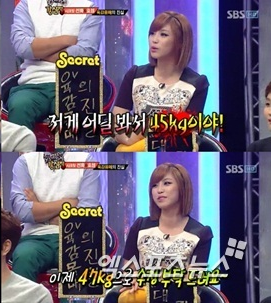 It’s no secret the kind of diets idols are practically forced to follow in order to maintain an ideal body image. Take for instance what Secret’s Hyosung said on the SBS Strong Heart episode that aired about a week ago. On the show, Hyosung made a public statement asking portal sites to change her weight, as she had recently dieted and dropped 3 kg. For a grand total weight of 47 kg. Or 104 lbs. Hyosung is 22.

Now, I’m not even going to begin ranting about how so many female idols are so proud about being underweight and how the media glorifies this image to no end because you’ll never hear the end of it. But long story short, there’s no way I could diet the way some idols do to look good. I mean, you’ve got the have some crazy iron will or self discipline or some blood-thirsty competitiveness to do this. I love my steak and chicken and leg of lamb and yes, also my carbs, like bread and pasta and dukkbokki, and leaving all this behind is definitely one reason I would never want to be a K-idol.

I love my family and fancy a few real friends. 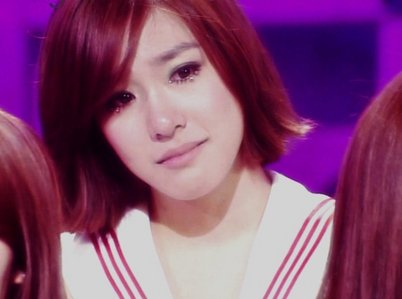 Idol life means working the idol scene 24/7, because if you’re not on the clock working, you’re already slacking. And despite that growing up also means moving out, idols pretty much sell their souls and their bodies and their time to the K-pop machine upon signing contracts. This also means they leave behind their loved ones in pursuit of their careers.

Idols (who are often between ages 17-23) go months and sometimes years without seeing their families because training and eventually their careers take major precedence. That has to have some serious emotional toll on one, especially a young adult just venturing out into the world. Also, idols often lose consistent contact with friends of any and all kinds, famous and not famous. And though you may have group members, this doesn’t exactly mean those members are who you are closest with (especially more so given the way in which groups are created through the trainee program). Losing contact with and eventually flat out losing friends may make the limelight feel a little too lonely for my own taste.

And the spring, and the summer, and the fall.

I love sleeping. Maybe even more than I love Bommie or my ultimate bias lover Jun.K. But idols just do not sleep.

Cases of collapse due to exhaustion, secrets of popping pills to stay awake, the notoriety of packed schedules–okay yeah as a new college student, I’m not going to say I don’t see this day in day out. But for idols, not sleeping is like the bane of their existence.

(Krystal is also anemic, which most likely agitated her exhaustion to the point of fainting on stage).

It might as well be a prerequisite for becoming a trainee or a formal clause in their slave contracts, but you know it, I know it, we all know it — our faves don’t get the sleep their bodies need. Enough said. 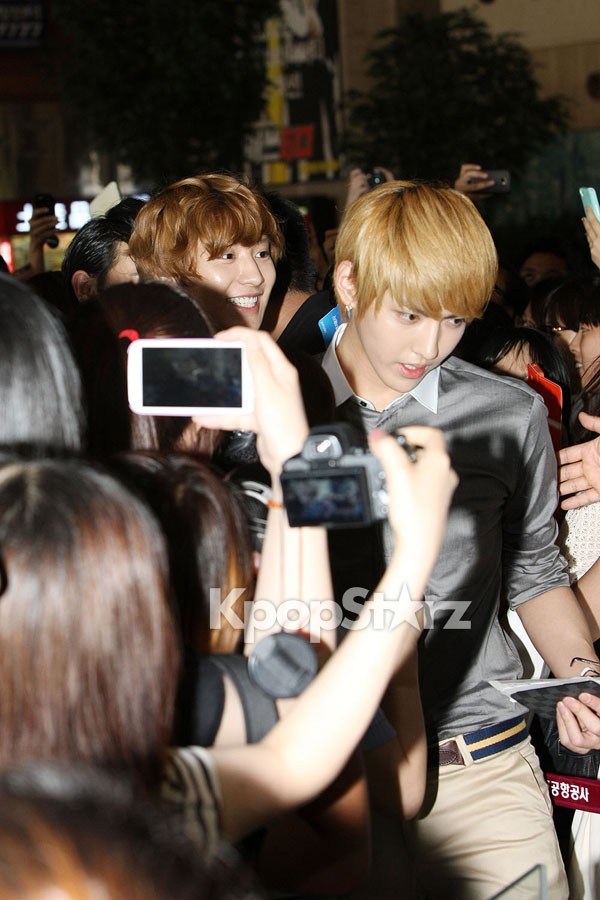 I don’t think I’m a hateful person, but I’m a human being with the capacity to hate, so sometimes it happens. And if someone, no, an entire fandom devoted their lives to stalking me and most of my life, with some chick’s Nikon DSLR shoved up my nose, I don’t think my patience for it would be infinite. I mean, fans are great, and a lot of fans do a lot of great things in the name of their favorite idols, but wading through a fandom to catch a flight or run to a car is not how I want to spend the prime years of my life. (But apparently Chanyeol doesn’t seem to mind much at the moment…)

Now, I’m not saying if I were an idol and this is the kind of life I lived that I would hate some of my own fans, but I would probably end up hating some of my own fans. The mass hysteria and stalking that some fans take to an out of this world level borders on the inhumane to me, and I just don’t know if I could love (or even pretend to love) fans that did that. And idols are idols, but they’re still human. We’d be foolish to assume they love all the havoc some fans wreak in their lives. But of course they can never be truly honest about those frustrations for the sake of their public image.

The Photoshop would just ruin my self-esteem. 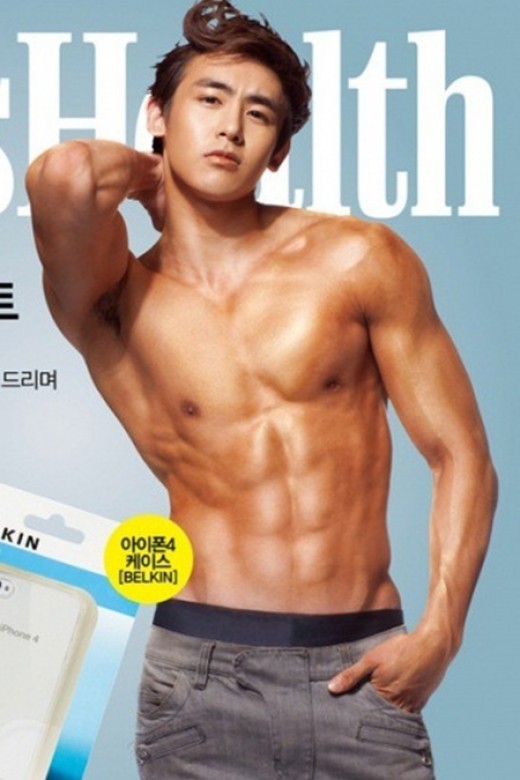 Idols put up with a lot. And by a lot, I mean like way more than any young person should put up with. Among their tasks as an idol is being a perpetual figure of desire. This calls for the maintenance of figure, complexion, hair, clothes, as well as skin whitening, teeth bleaching, and so on. Whatever means to perfection there is, your idols are probably fighting for it.

But, if I were an idol who invested that much in image, and I saw that my photos or cover for a magazine had been photoshopped, I would most likely be, on the inside, irked and offended. To crave and strive for perfection only to have it photoshopped–it’d be like, why do I even try? And who’s to say there haven’t been other idols who sit back and ask themselves this same question? Why break your back trying to be picture perfect if they’re going to thin out your arms or redefine your muscles in the end anyways?

So, there are a couple reasons why I could never be a K-pop idol. The lifestyle is beautiful and glamorous indeed, and I’m sure rewarding in it’s own ways, but the ugly truth behind the lives of even your favorite K-idols may force you to reevaluate just how perfect it all really seems. Of course, I’m not going to say that in my secret fantasy land I’m not a K-idol dancing beneath the neon lights and sporting some serious Jeremy Scott apparel, but in reality, I could never want that for myself. At the same time, it makes me appreciate all that idols have to put up with just to be idols. But at the end of the day, the cost outweighs the benefit, and I would never want to be a K-idol if it means shouldering all this burden for seven seconds of face time in a music video for a song I had no part in making. But then again, that’s just me.