No idol group or soloist should ever dream of releasing a single without an accompanying MV — what would the fans wait for? What would be uploaded on to the entertainment company’s YouTube channel? What would the K-pop blogosphere critique and dissect? 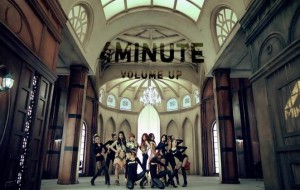 An unreasonable judgment? An MV — the more extravagant and involved, the better — seems to be a staple in the K-pop sphere.

Back in 2011 when KARA announced that the MV accompanying their new single “Step” cost in the region of 100 million won — in excess of $90,000 USD — my lower jaw hit the floor. Imagine my surprise when 4Minute revealed that the intricate set for “Volume Up” racked up $132,538 USD. And don’t even get me started on the cost of SNSD’s “Paparazzi” MV in terms of light bulbs…

So, do record companies really anticipate the expense of an MV being covered by sales of that same single? It was reported earlier this year that popular monthly music subscription services that are favoured in Korean are drastically changing the way money is made through single sales: only approximately 30 won is made per track. Even if his company is known for the infamous ‘box MV‘, Lee Soo Man says himself that one million digital downloads is not enough to cover the cost of one music video. It is has gotten to the point where physical sales are bringing in more money than supposedly sky-rocketing digital sales.

Digging deeper, this begs the ultimate question of: why bother? And then, it seems we come to the delicate relationship between K-pop and its image. The careful choice and consideration that goes into choosing a concept, for example, comes to fruition through the final MV. However, these concept representations aren’t always consistent with what has come before — I’m looking at you, SHINee, with your rather risqué teaser images for “Sherlock” that seemingly had nothing to do with the detective theme running through the final video.

Speaking of teasers, Exo showed us the real glory of the use of video. During the much-discussed lead up to their debut, each MV teaser was paramount to building suspense and keeping interest consistent. In the case of Exo’s marketing, using MVs was probably a help rather hindrance — the teasers were well made, varied and even if Kai made more appearances than most of the other members put together, they did the job — they teased. They introduced the image and gave a basis for the songs to work with. And, with Exo, they were probably assuming that fans would buy both the Korean and Chinese versions of the albums, which would offer more scope of retrieving the money spent on teasers. 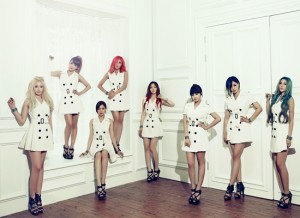 T-ara are probably the queens (see what I did there?) of MVs. With teasers, drama versions, dance versions, ‘robot dance’ versions, zombie versions, Japanese PVs of Korean singles… the list is endless. With this there comes an advantage; it’s almost the same advantage as having a group with a ridiculous amount of members — there is something for everyone. Fans who enjoy the continuity of drama are placated, and fans without the attention span to last the whole 15 minutes can settle with the ‘regular’ or ‘dance’ versions. Most importantly, frequent releases keep the band in the public eye for longer.

The success of “Gangnam Style” was probably half down to the MV, which arguably travels infinitely better than the song itself. Brown Eyed Girls’ MV for “Cleansing Cream” and JYJ’s “In Heaven,” among others, always stick in the mind for actually telling a story, and enhancing the single’s release. In a way, a good MV ensures the single is remembered for the right things.

These are some reasons that MVs appear to be a good idea, but what about you? Do you think a single would thrive without an MV? Are MVs just a form of advanced fanservice? Are they a waste of time from a company’s economic point of view?