f(x): Still Looking for their Function 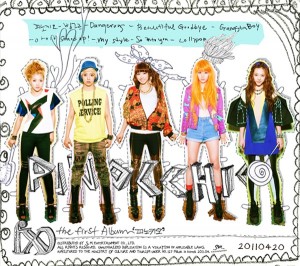 Out of SM Entertainment‘s huge roster of idols, it’s easy to identify f(x) as the one that gets the least love. Despite all the trouble they faced, TVXQ and BoA will probably forever be considered K-pop legends, as will SNSD, who SM seems to blatantly favor. We are all aware of how much “love” EXO got concerning their debut, and while it took a pretty long time for SHINee to have their Korean comeback, they still achieved their fair share of success, still being kept busy with their Japanese endeavors. And while Super Junior hasn’t presented much quality material over the past year and is slowly losing their hold on the K-pop sphere, at least they are still present in Korean entertainment.

f(x) cannot say the same thing. While their seniors would all probably be considered royalty in the K-pop world and their juniors seemingly on the way, f(x) is unfortunately stuck in a medium. And a lack of material and coverage doesn’t help their position either, especially when considering the material they do have is not the best to begin with. It’s been almost a year since f(x) last promoted with track “Hot Summer,” and with each member’s individual projects proving unsuccessful, it’s about time they get a comeback. Thankfully, SM recently announced one for the group due by July, so with that said, let’s take a look at f(x)’s past material and their adventure thus far as a group. 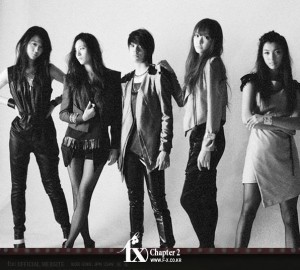 Debuting with single “LA chA TA,” right from the start, the group was put under pressure. Debuting as the sister group of SNSD comes with its extra burdens as they had a lot of expectations to live up to. The public wasn’t sure whether this group would just me a minimized version of SNSD, and whether they could fill the standards the public holds for an SM group. Thankfully, what f(x) originally gave us was completely different from the image and sound of SNSD. Their rougher, more unfeminine image at the time was a direct opposite from the girly and feminine image SNSD holds and their sounds rest at completely different ends of the pop genre. And of course there was Amber, who was the opposite of what SNSD personified, and was one of the main factors of f(x)’s appeal. Now, if only they stayed with that image…

“LA chA TA,” while not as catchy as some of their other future hits, was able to fulfill the role of the debut song, introducing the girls to the public and showcasing what they can do. It’s arguable, but “LA chA TA” can be considered the most representative song of the girls’ skills as performers, even to this day. The choreography was slick and challenging enough for the girls, and the vocals were relatively left untouched — at least after considering the girls’ other lead singles which distort the girls’ vocals beyond recognition.

However, the song made little sense, something else that unfortunately became a f(x) trademark. While most K-pop songs aren’t noted to be lyrical genius, f(x) took this to another level with “LA chA TA” and future singles. The music video was, however, sufficient, making sure all the members were individualized, which is something I respect in f(x). Each member is identified differently and dressed differently (Sulli‘s cute, Amber’s tomboyish, Victoria‘s feminine, Luna‘s bright, and Krystal‘s flashy) in this release and all the following releases, which is something worth considering at this point; SNSD was still wearing nearly-identical uniforms in their “Genie” and “Gee” days. In this MV, the styling was different for everyone — barely brought together by a circus theme — which also became a trademark to f(x). But while I’m generally pleased with the individuality, I still have severe doubts over Sulli’s mullet-like hairstyle back then.

And while there were disadvantages about being SNSD’s sister group, there were some advantages as well, one being the chance to promote with a group with an already huge fanbase. The two groups went on to endorse the LG Chocolate together with different versions of song “Chocolate Love.” f(x)’s version proved to be much sexier than their seniors’ — jarring when considering Sulli and Krystal were under 16 at the time — but helped further show the girls to the public. 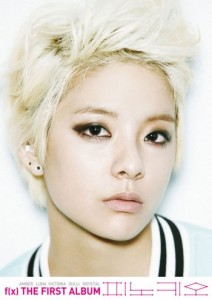 However with the group’s following singles “Chu~♡” and “Nu ABO,” it seemed like f(x) was facing an identity crisis. “Chu~♡” was a bit generic and deviated from the edgy, dance group image the group was selling itself with by giving generic aegyo done better by other girl groups. A startling change to song “Nu ABO” proved to be a hit, and in contrast, stayed truer to that edgier style f(x) wanted to be identified with. Released with a mini-album of the same name and talking about being a “new type of blood” unique to the rest of the music scene, again, the song had some questionable, nonsensical lyrics, but was at least able to charm the public with an addicting hook and again, pretty challenging choreography compared to other groups who opted for easier, dance-trend ready dances.

Unfortunately, Amber went on hiatus and went back home in the US due to an ankle injury, missing out on the group’s promotion of song “Mr. Boogie” from the same mini-album. Amber’s future existence in the group actually became questioned when her stay ended up taking longer than expected, but all that worry went in vain as Amber, along with the rest of f(x) were able to come back with first full-length album Pinocchio.

At this point, f(x) really needed to set a consistent image for themselves but Pinocchio and its title single just seemed to leave the public all the more confused at what f(x) wanted to be known as. You can somewhat see how “Pinocchio” was attempting to mimic their original edgy image, but the MV honestly ended up exaggerating it. f(x)’s original image was already unorthodox and outlandish compared to other groups, but some of the visuals and styling of the MV for “Pinocchio” just proved to be too out-of-the-box. There were honestly some really good outfits in the MV and live performances, but some choices (Luna’s spikes and that… thing on Krystal’s head) proved to be too much. 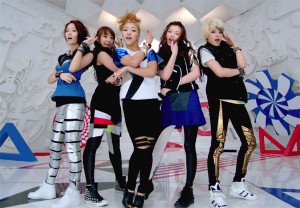 Also, if possible, the song made even less sense than “LA chA TA” and “Nu ABO.” While there were some pretty plausible fan interpretations, nothing in the MV or official messages signaled to confirm those interpretations, causing the song to sound like a mixture of random phrases. And talking musically about the album as a whole, while there were honestly some note-worthy ones, the songs didn’t seem to match under a theme, something that f(x) really needed to fix at this point at their career. The album has some edgy, street tracks similar to “Nu ABO” but also housed some generic material as well, such as songs “Dangerous” and “Stand Up!”

The group then rereleased the album with the addition of “Hot Summer,” causing more sources of worry, the first one being f(x)’s overuse of remakes. Both “Pinocchio” and “Hot Summer” were remakes of European songs, causing a bit of questioning at how much SM was actually trying with f(x)’s comebacks. The other source of worry was the apparent disregard f(x) seemed to have of its original image at this point. The challenging dance steps and the edgy image they originally prided themselves with was disregarded and turned into a dance-hook heavy, cutesy, hot pink mess that was “Hot Summer.” At this point, the girls really needed a cohesive image and sound, but unfortunately, this ended up being f(x)’s last single to date, leaving the public with an underwhelmed last impression. 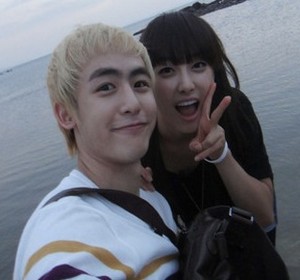 The group continued to promote through individual activities with the most successful being Krystal’s acting on series High Kick 3 and Victoria’s We Got Married stint with 2PM‘s Nichkhun. Otherwise, the rest of the group have stayed relatively quiet, losing much relevance in the K-pop world.

But with the recent comeback announced, it seems as if f(x) is ready to attempt to regain some of that lost relevance. But for that to happen, the group needs to go through major improvements. First of all, the group needs to finally decide on an image. They were originally created to be SM’s answer to the edgy, street girl trend made popular by 2NE1 and solidified through the debuts of other groups namely T-ara (who didn’t constantly switch concepts way back when), 4Minute, and After School, but didn’t nearly achieve as much success as some of these groups due to second guessing of the group’s original direction. Also, another thing to point out is that Amber and the entirety of her existence is an asset to f(x); they might as well use it!

Also, the members’ skills need to be utilized more instead of having their vocals butchered with severe amounts of editing and easy dances. All the girls of f(x) have pretty acceptable vocals and dancing skills, and if given the chance to show them, these girls can go pretty far. Finally, a song that actually makes remote sense wouldn’t hurt the group either.

Ultimately, the girls of f(x) lost a bit or relevance in their time away, but with their upcoming comeback, it seems like they’re ready to get their faces back into the K-pop scene. With a little bit of tweaking and more love from the public and their company, maybe, just maybe, the group can finally be on par with the rest of their prestigious label-mates.