Matoki Earthventure: Another Way for B.A.P to Invade Your Life 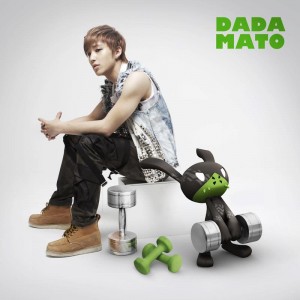 B.A.P and TS Entertainment are shaking it up, not with their music–that’s already happened–but with their venture into the comic industry with Matoki Earthventure. And man, is this the way to go. There have been other groups that dabbled slightly with animation and comics: B1A4 debuted through a manhwa story, 2NE1 used animation in the music video for their song, “Hate You,” and both SHINee and SNSD have comic renditions of themselves set to star in future webtoon ENT. But none of them have the extensive backstory and characters set up like B.A.P and their Matoki equivalents.

From the start, through the music video for title track “Warrior,” the K-pop audience was introduced to a figure wearing a masked bunny mask that oddly resembled the mouse symbol for deadmau5, a Canadian electro-house producer. Though lacking a matching body, the cartoon bunny quickly became an easy symbol to associate with B.A.P. The group also joined up with SBS MTV Korea for ten episodes of Ta-Dah! It’s B.A.P, which helped to introduce the group, document their progression, and give hints of their cartoon mascots with constant association of the individualized bunnies with the members and the mini-clips of their activities. I don’t think I can forget Jong-up‘s Dadamato urinating on the flowers while Zelo‘s bunny, whose name has yet to be revealed, waters them properly, with water. Check out a compilation of clips shown on Ta-Dah! It’s B.A.P:

With the release of Power, the rabbit gained a body and name: Matoki, easily playing off a combination of the word for rabbit in Korean (toki) and the Mato planet from which B.A.P and their mascots profess to have originated. And now, while still in the midst of “Power” promotions, it seems that TS Entertainment intends to branch out with B.A.P, striking while the iron is still hot. And it’s a ploy to be admired.

The Earthventures will be about B.A.P’s landing and assimilation on Earth. From the backstory provided by Ta-Dah! It’s B.A.P, these mascots arrived on Earth in order to find an energy source that can be harnessed and sent back to their home planet, Mato. To infiltrate Earth, first leader Bang Yong-guk came to Earth, featuring in songs and releasing his own music. Next, Commander Him-chan joined Yong-guk, but in the capacity of an MC on MTV The Show. To help him promote a new song and get more fans, Yong-guk created the robot Zelo and promoted with, “Never Give Up.” Only after all this preparation did the remaining three members–Dae-hyun, Young-jae, and Jong-up–come to Earth. The energy source sought after was the screams and support from female fans in the television show, but we’ll have to see if it remains the same in the potential animation and comic. Also potentially changing is the order in which the associated mascots arrive on Earth; the first two stills of the comic have all of them arriving at once. 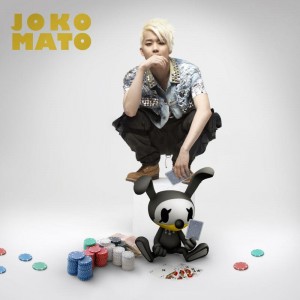 B.A.P is already a group that is known for their more masculine performances and their sound that has clear rock and hip-hop influences. They can attract female fans with their strong and manly image, and they can bring around male fans because they have very little to them that’s feminine in their music or on stage from their finger pistols to growls. Matoki Earthventure only adds more appeal to B.A.P and could help clinch the much younger population by having comics for them to associate with the group. Also, each representative character is based on a member in the group, revealing more insight about that member and the group as a whole. On Ta-Dah! It’s B.A.P, each member seemed to adopt a character of the cartoon characters, but through interviews, it’s been noticed that each of those characters is primarily an exaggeration upon on the actual personalities of the members: e.g., Young-jae is intelligent and did well in school, thus his character, Jokomato, is “the Genius;” Yong-guk is the most masculine of the members, so his character, Shishimato, is the most interested in war games and violence.

In addition, an excellent marketing ploy is to make the clips and comics revealed on the Official Matoki Facebook Page and Youtube channel in English. Though there most likely will be versions in Korean, by having the introduction in English, the advertising appeals to international fans and gets more people interested by having direct videos and images that can be understood without the lengthy process of translating the works. English is a language that is understood in several more locations than Korean, which makes it a better way to communicate with fans. And not only are they in English, but they utilize humor well. The few comic stills that have been released are amusing, and the videos play on the personalities of the members, such as former-MC Him-chan’s Tatsmato’s supposed shyness as he battles Young-jae’s Jokomato for camera time and Yong-guk’s Shishimato’s meditation time with material banned for those under 19.

By going through with this Matoki enterprise, TS Entertainment is opening itself to a myriad of possibilities. There can be comics, animations, spin-offs, and just so much merchandise built off of this premise. While there is the straight story of the arrival of the Matoki on Earth, there can be personal stories to each member in both a physical comic format and an animation cartoon. There can be merchandise from tiny key chains with individual Matoki to stuffed animals to personalized gear with all or just some of the mascots. This can range from school supplies to containers to mouse pads and the like. 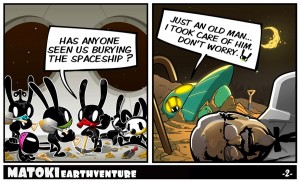 This is a way to boost knowledge of both B.A.P and TS Entertainment through this venture that connects the group to the characters through a well-developed backstory. And the comic storyline can follow the actual happenings of B.A.P. For example, the Matoki may come to Earth and become idols in order to harness energy. They could hold a showcase for 3,000 fans just after debut. They could hold fan-signing events all over Korea. But in between, there could be anecdotes of actual events or those events exaggerated to fit the characters of the mascots. The possibilities are rather wide and open. If TS Entertainment continues to support this fully, it can not only be a tool to increase B.A.P’s popularity, but it can bring in money from all directions. If Matoki Earthventure and B.A.P do become successful, then as a brand, they could endorse many a product, depending on the demographic that most likes the two of them, or just one or the other.

The only worry I have about this new venture is that the members might invest themselves too much in their characters rather than keeping their own personalities during interactions. Although the Matoki mascots are similar to the members, they aren’t exactly the same and shouldn’t be confused with one another. Their music most likely will not be influenced since they have a strong style already set, and they all are passionate about that type of music. As of now, the members are often slightly embarrassed during interviews when their takeover of the world is mentioned. It sometimes progresses to being a joke that they make fun of rather than take seriously. If they continue treating it like that, even though it’s a serious endeavor to begin, then B.A.P can be known as the music group upon which Matoki Earthventure is based rather than the group from the comic.

I’m looking forward to seeing more of these Earthventures from B.A.P and TS Entertainment. As of point, four of the members have had characters released, and only two comics are on the Facebook page. It’ll be interesting to see the other videos and comparisons.

I’ll leave you with the introduction of Tatsmato, Him-chan’s mascot. Are you guys interested in this Matoki Earthventure? What are your thoughts on B.A.P’s attempt to takeover the world through a different type of media?