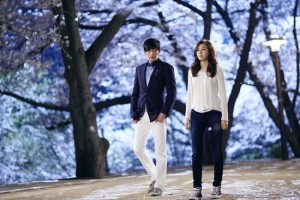 Gentleman’s Dignity is a pleasant change from the predictable rom-com that has been a staple of the K-drama scene for quite some time now. To be fair, it’s pretty obvious who’s going to end up with who by the drama’s conclusion — I have a hunch that Kim Do Ji (Jang Dong-geun) and Kim Hee Soo (Kim Ha-neul) will end up together — but based on the progression of four episodes, I’m excited to see the how these two leads will acknowledge their feelings and learn to love each other in the end.

K-drama Gods have proved to us that the most seemingly unlikely pair usually end up together. Love-lines from Greatest Love, King 2 Heart’s, Rooftop Prince, My Princess, Can’t Lose, etc seemed unlikely at first, yet the pairing worked well. While these aforementioned dramas were great at inducing laughter and tears alike, I can’t stress enough how phenomenal Gentleman’s Dignity is. Perhaps I’m emotionally drained from King 2 Heart and The Moon That Embraces the Sun, but this drama has it all. Fresh take on friendship and relationship, the witty dialogue and last but not least, the great cast that makes me come back for more every weekend. 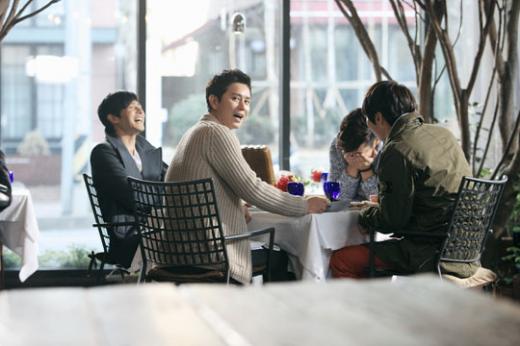 This drama centers around successful professionals in their late 30’s and early 40’s, who thrive in professional settings yet resort childish behaviors when around close friends.  What makes these characters more endearing is that the four gents fully embrace their flaws and turned it into a strength over time.  Kim Do-jin became a self-absorbed architect who records all his conversations, Im Tae-soo flaunts his physical assets (particularly biceps) to lure clients and freely express his sexual desires, Choi Yoon is an emotional lawyer who can’t seem to let go of his wife who passed away a couple years ago and Jung-rok is a playboy who can’t seem to get his old habits under control, yet is married to a wealthy noona who provides for him.

The two ladies of the drama, Seo Yi-soo (Kim Ha-neul) and Hong Se-ra (Yoon Se-ah) are just as forthcoming about their views about relationships, life and of course their individual flaws. Hong Se-ra is more confident than Yi-soo, for she’s not shy about using her “beauty” to get what she wants, but nonetheless both are very comfortable with their skin.  At times, it’s apparent that Yi-soo is fighting her internal struggle as an ethics teacher while loving her best friend’s boyfriend, but her comical reactions after her faux pas makes up for her moping time.  Despite the embarrassment, she picks herself up and goes on to live the next day.  Scenes that demonstrate multi-dimensionality of each character is nicely sprinkled throughout the show.  The guys fully engage in gossip and even pause to check out a lady in mini-skirt. Some may perceive this scene as gross, disgusting, degrading, what have you, but I blurted out laughing during this scene for that was an accurate depiction. 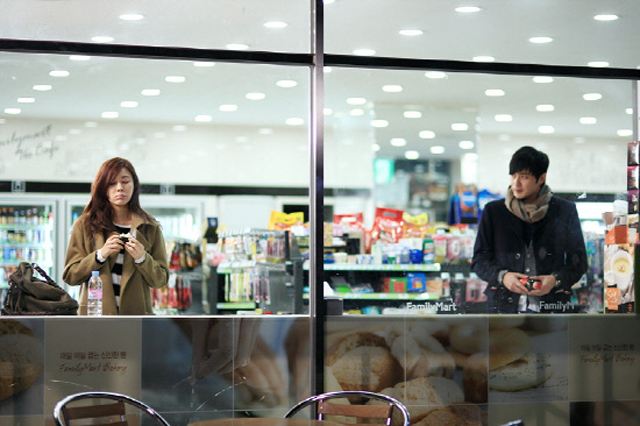 The witty and realistic conversation between all the characters is another draw for me.  My expectation for the screenplay was rather high for it was spearheaded by Kim Eun-sook, who already proved herself through dramas such as Secret Garden, City Hall, The Lovers Series and the like.  I particularly love Kim Do-jin’s direct yet thoughtful responses to Seo Yi-soo’s one-sided love.  And this works because we also know that he has feelings for Seo Yi-soo.  The dialogue contains depth and wit, which is plenty to keep me smiling throughout the entire show.  And Seo Yi-soo’s random acts here and there is just as precious.

In addition to great characters and dialogue, this drama also has an amazing cast — read eye candy — that’s simply irresistible.  While I’m one of the easiest person to please in terms of eye candy, this drama not only has great looks but talent as well.  And who would expect less with such veteran talents on the show.  First off, do I need to describe the greatness that is Jang Dong-geun?  And it’s been over a decade since he delighted us on the small screen, so this drama is extra special in that regard.  While Kim Ha-neul’s beauty isn’t one of a kind, her entire package is rock solid — great looks, with sense of fashion coupled with acting.  And the rest of the gents and ladies add comic relief as well as pleasant banter here and there that I’m completely sold.  While I’m not loving Hong Se-ra and Im Tae-san’s relationship, I’m excited to see how Im Me Ah Ri (Yoon Jin Yi) and Choi Yoon’s relationship will progress. 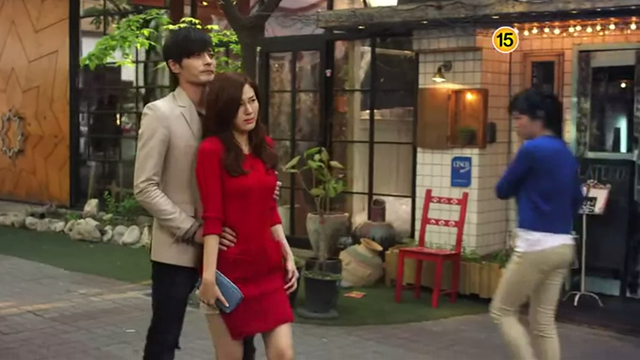 Many have coined Gentleman’s Dignity as the male “Sex & the City” with a Korean twist and while I don’t disagree, I have a feeling that the premise of this drama will go beyond Carrie’s reflection of what constitutes a date, relationship or great sex.  Yes, the reflections will primarily be based on Kim Do-jin played by Jang Dong-geun but I have a feeling that it’ll progress from an architect who loves his single-hood to appreciate what it means to be in a steady relationship — or that’s my hope.

Did I do a great job selling you of this drama?  If you were already sold, tell me why and if not, what are you waiting for?  Go catch the first episode!