Why You Should Give Rookies An Honest Chance 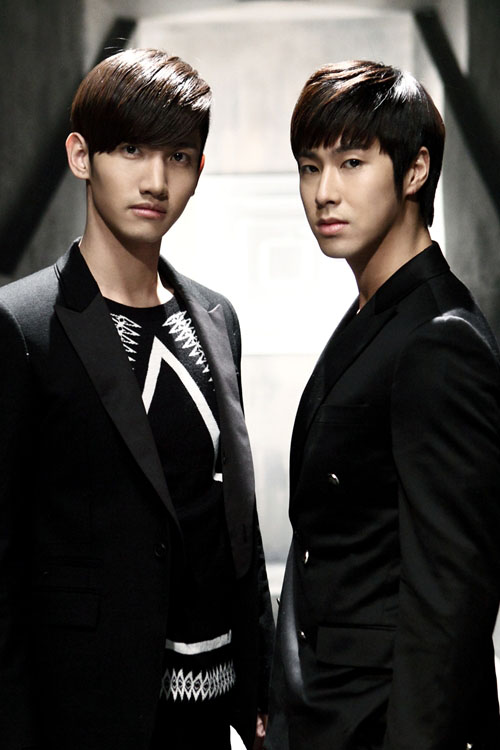 In this day in age of K-pop, you have your staple, mega-idol K-pop groups (DBSK, SNSD, Big Bang, KARA, 2NE1, U-Kiss and the like) and then you have your normal idol groups (Dal Shabet, Rainbow, Teen Top, Chaos, AA, etc) and in between exists a great divide. It is surely no secret that mega-idols reign supreme on music shows, on music charts and in awards ceremonies without so much as batting a pretty eyelid, sweeping the floor of rookies clean out of the running for any inkling of glamorous success. Now, the superstar idols of today were of course rookies once too, and have come a long way in securing their ranks among the most highly celebrated groups in K-pop through plenty of blood, sweat, tears and schedules. However, even as our favorite big shots continue to soak in the limelight and as we continue to fund their success by means of emptying out our wallets for repackaged albums, posters, and keychains, you may find it well worth your time to remember the little guys once in a while, for it is in their hands that lies the real future of K-pop.

I’m talking, of course, about rookies. To be completely honest, it wasn’t until this new year that I took a fancying to rookie idols. Before then, I loathed the coming of rookies, plugging up the pop scene with mediocre music and poor attempts at recreating trends already accomplished by the bigger and better idols that stood above them. It sincerely frustrated me: just think about the sheer number of rookies groups that have popped up on the scene within the past year, and consider all their feeble attempts to rise up in status in the world of idoldom.

It is almost too easy to despise rookies groups. And not simply because of their antics on the idol scene, but also because of their status as rookie. As a well-weathered fan myself, it used to seem beneath me to waste time with rookies and rookie music, especially when my favorite idols were already pumping out chart-topping autotune crack-tastic nonsense. But there comes a time in every fan’s life when all your favorite idols are not promoting, are away in Japan, or something of the like, and suddenly, you are without your music. For me, this was the moment I turned my attention to the rookie sphere, and to put it shortly, I have never been the same. There is a certain charm to watching rookies grow and excitement watching them succeed. So please, before I digress, sit back, relax, and let me argue the case of the rookies.

Nabeela’s Top Five Reasons Why You Should Give Rookies An Honest Chance:

1. A Breath of Fresh Air 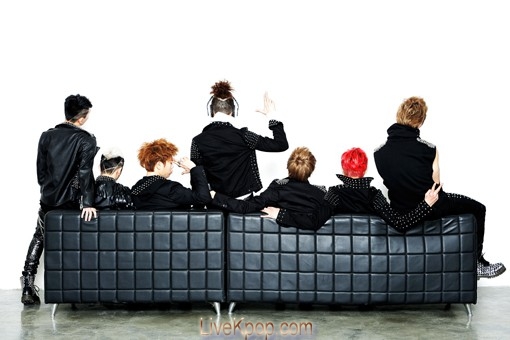 There is a reason you keep your K-pop playlist on shuffle during your commute home, on the way to school, or during your routine exercise. While we’re always going to have love for our favorite idols and their music, there comes a point where enough is enough. Listen to the same songs over and over again from the same artists and you’ll stop registering the music and eventually tune out. Rookies, on the other hand, are the perfect opportunity to recharge your K-pop senses. Depending on their entertainment company and their grass roots concepts, rookies can come fully equipped with unique sound and plenty of attitude.

Take for example Block B‘s “NalinA.” Sadly overshadowed by a controversy involving Block B shortly after its release, “NanlinA” it is a high energy song complete with interesting choreography and a wide array of vocals to keep you hooked. If you’re bored of the usual pop-centric approach to rookie boy-group music, turn your attention here. 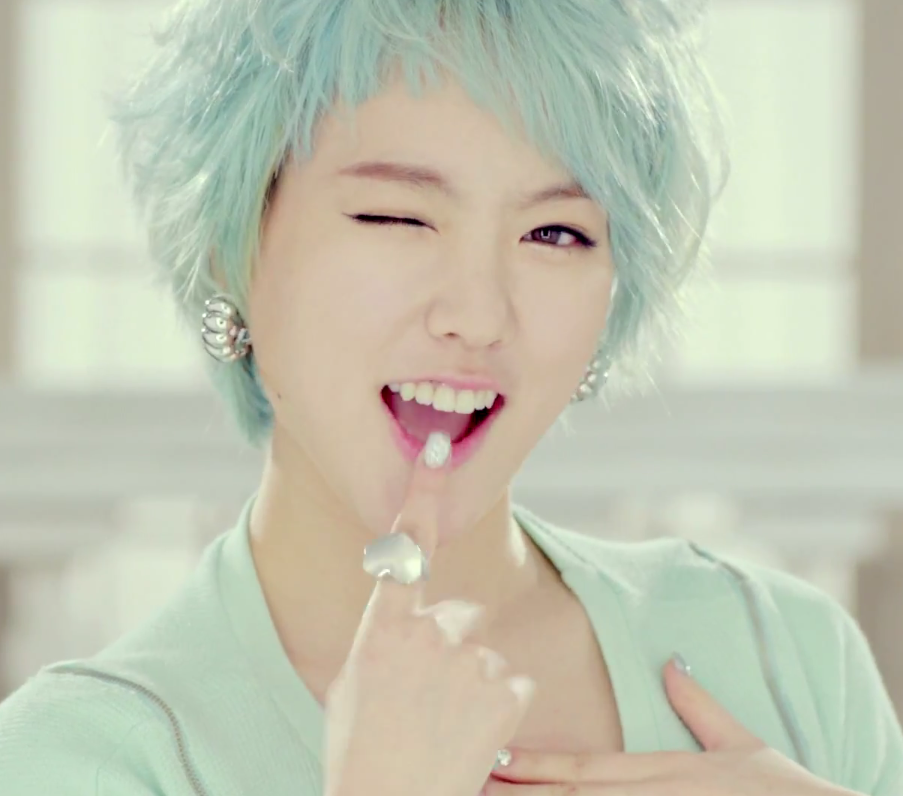 New rookie groups also mean new faces, and that is why it is the second most important reason when it comes to loving rookies groups. Now we all have our biases (and hell I have an eternal bias lover, as I like to call Jun.k) but let’s be honest here: it doesn’t take much pushing to blush in front a fresh new face from across the computer screen.

Idols are always going to be pretty and prim and perfect, but there is no better way to spice up your bias love life than with a pretty new rookie. This year, Hello Venus’ Lime and her cute minty locks stole my heart, all the more because she is also a rapper. NU’EST’s Baekho only had to swing a sword around to dubstep backtrack to attract my wandering eye to his debut teaser and BAM–I was sold. 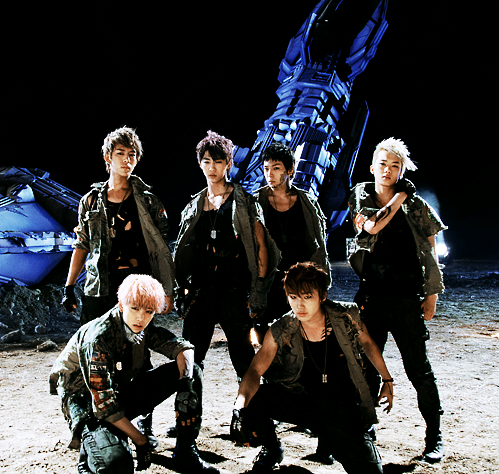 Though some rookies may stick to the books and remain cool, calm, and collected 100% of the time to maintain their idol image, there are some that break barriers. Rookies often tend to be nervous and excited enough for themselves as up and comings, and are captured in plenty of candid moments that can reveal their honest humor or shyness, or other such traits that may eventually simmer down in the grand scheme of their careers as idols. These looks into rookies lives allow for a connection to be a established–seeing them vulnerable also makes their struggle relatable, at least to some degree, as they are still young people. It’s one way fans connect with the idols they grow to love long before those idols rise to stardom.

Here is B.A.P. leader Yong Guk‘s pre-debut interview about his anticipation and excitement for the B.A.P. project to come to life. Normally a leader with a tough, bad boy exterior, he breaks down for a moment reflecting on this rise to fame. (Starts 22:02) 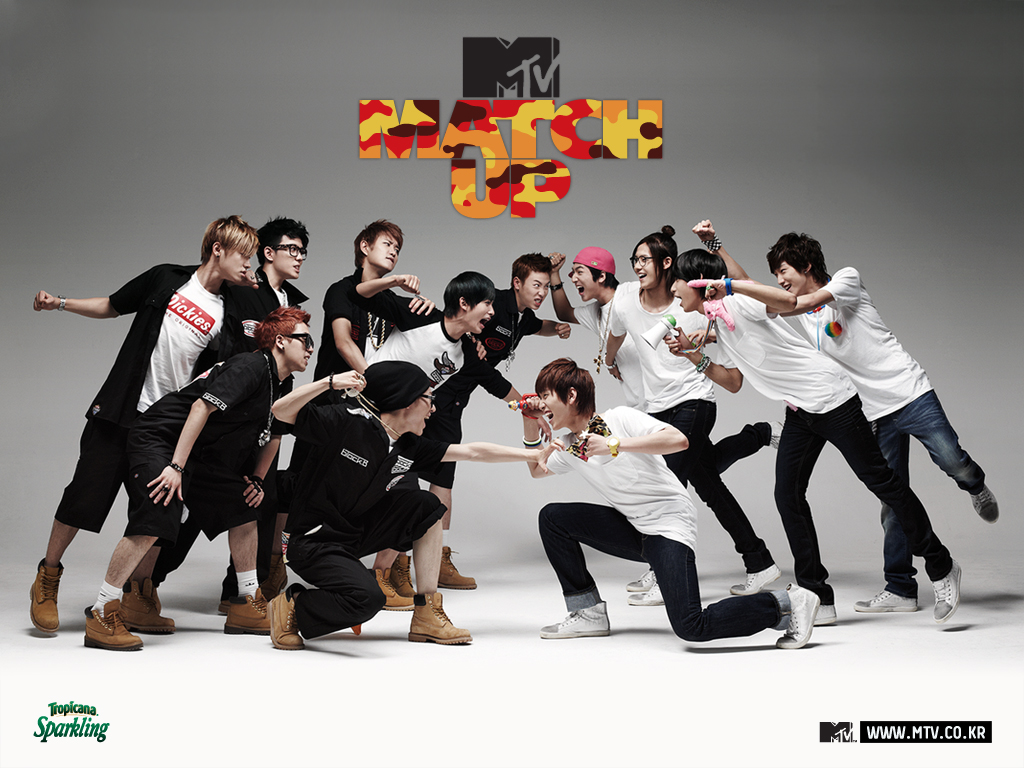 As long rookies are still hot on the scene, they’re going to do a lot of self promotion. This usually involves the group getting all the members together to feature in reality program that stars the rookies themselves. These shows provide an inside look into the group’s beginnings and its dynamic. Members are often forced to complete outrageous missions or go about on team-building activities that allows fan a look into their real, interactive personalities off stage. As seen above, B.A.P. had Ta-Dah! It’s B.A.P. to document their pre-debut story.

The likes of B1A4, who are currently condoning cheating with their latest aegyo-ridden “Sleep Well, Goodnight,” was featured in MTV Match Up alongside Block B back in the day, and more recently was the focus of Sesame Player. These programs are often rather mindless, but are also the source of much laughter, and laughter has a funny way of making fans like us fall in love with idols. Plus, with plenty of rookies roaming around, there is plenty of reality TV to pick and choose from.

The great rookie wave brought with it an onslaught of mediocre idols that sing with bland voices and perform robotic choreography. However, odds are there lies more real talent out there than we take for granted, and our ignorance for rookies due in part to their sheer numbers also mean that there is talent being readily overlooked. Of course, when the cream of the K-pop crop is out promoting their music, rookies stand no chance in out shining who we know to be the best of the best.

But that doesn’t mean we give up on rookies altogether. If you dig deep enough, you may actually be surprised at what you find in the great rookie sphere. Consider SPICA: B2M Entertainment‘s latest female quintet. SPICA is a dazzling array of vocal talent that won’t leave you disappointed, and their mature sound and concepts set them apart from most rookies on the scene at the moment. When it comes to delivery, these girls mean business. Check out their latest haunting title track, “Painkiller.”

[youtube http://www.youtube.com/watch?v=gO-n43lUS7s]So if you have abstained from getting to know the many rookies that flood the K-pop scene, it may be high time you become acquainted with the talent creeping up behind you. Sure, it is daunting trying to remember who is who, and keep track of all these random group names, but in the end, a dip into the rookie sphere may prove more fruitful than you think. While it is all fine and dandy and cotton candy to love and rock out to your favorite superstar idols, don’t forget that there are rookies on the pop scene with great musical capacity and stage charisma just dying to get your passing glance. And for all we know, a handful of rookies will one day replace the ranks of others at the peak of the idoldom hierarchy; so passing up a rookie may very well mean passing up a real-time underdog story. At the end of the day, rookies only need an honest chance to prove themselves worthy of pop-scene glory. The question remaining, however, is will you give them that chance?