Just 2 months into their debut, Cube Entertainment’s latest protégés, BTOB, made their maiden voyage to Singapore for their “Irresistible Lips” promotions, as well as for the annual Music Matters Live showcase. Being that ardent follower of Cube’s latest produces, BTOB came across as another interesting act I’ve been keeping tabs on; hence this opportunity came in timely after hearing so much about their Korean debut.

Now if you still haven’t had a clue of who they are, here’s a brief introduction on the members: BTOB consists of 7 members, namely Eun-kwang (leader and main vocals), Min-hyuk (the face of the group), Chang-seob (vocals), Hyun-shik (rap and vocals), Il-hoon (main rapper), Peniel (rap and vocals) and Sung-jae (maknae). Having made their debut with “Insane”, fans have since likened them to B2ST due to the similarities between both bands. 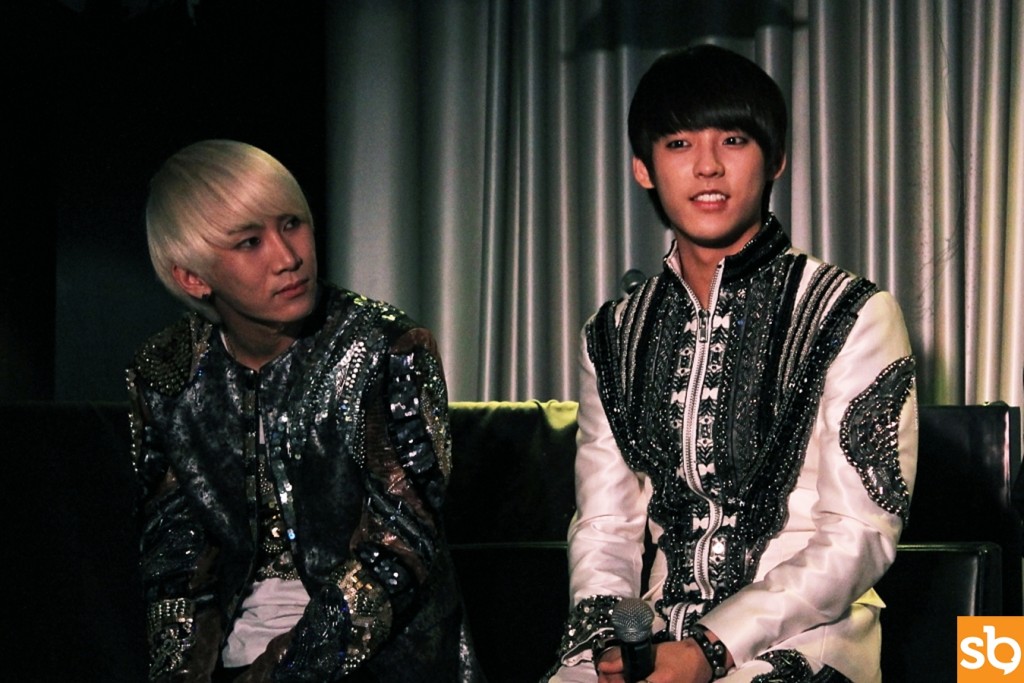 So there sat before us, 7 fine young boys, raring to go for their first overseas meet-the-media session.

One of the brewing questions, which came after the viewing of BTOB’s “Irresistible Lips” music video, had to be how Minhyuk felt about his first on screen kiss. He said that nerves was what he felt  initially, but as the filming progressed, he was so engrossed he couldn’t remember much about the kiss scene itself – so Melodies, you won’t have to worry about that kiss anymore!

Also regarding “Irresistible Lips” – it was released through a sitcom and since reactions from fans were overwhelming, they decided to include the track in their Asia Limited Edition album as a gift, so feel honoured you guys (even though you still have to buy the album). 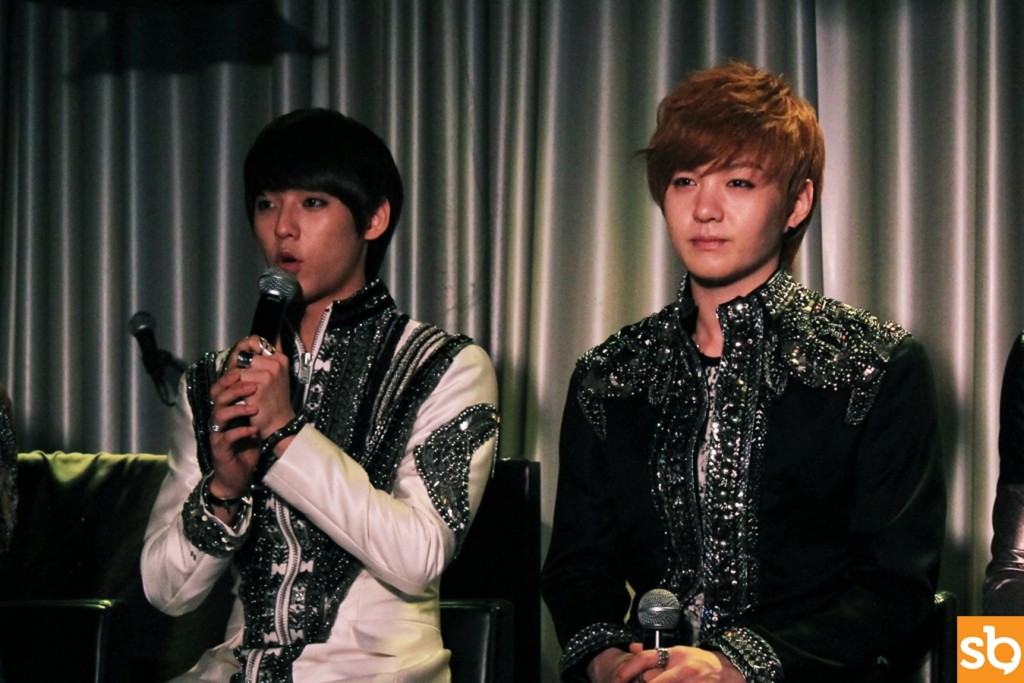 Moving on, acknowledging themselves as a rookie group, the boys hope to let people know more about them, and to make that happen, one of their plans is to actually practice more languages to be able to interact with more fans around the world.

As much as endless comparisons have been drawn between B2ST and BTOB since their debut, this meeting with them over the span of 2 days allowed me to see the distinct differences between B2ST and themselves – I don’t deny that some of the members’ actually resemble a few of the B2ST members, but this band has totally different dynamics when it comes to music and individuality, and I’m sure there’s a whole lot more that they can bring to the table with more time given.

To end things off, make sure you look out for our coverage with BTOB along with the Jungle Entertainment artists at Music Matters 2012 as well.