We've Had Zombies, Now It's Vampires 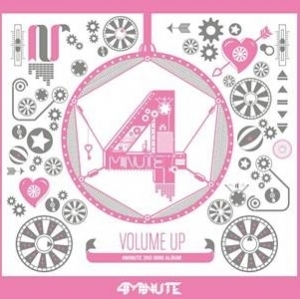 Late last month, I went on a miniature 4Minute history recap where I expressed my hopes for these five ladies of Cube Entertainment to continue down the path of “Huh” and “Muzik.” With a title of “Volume Up,” I had plenty of reason to be hopeful — perhaps my hopes were actually being met in this unpredictable world known as K-pop. I was not at all prepared for the shocking initial teaser image of the girls, normally known for being all types of fierce; they had been styled and photoshopped into something I couldn’t quite connect with. Of course, we could say that this isn’t the first time Cube has given them a nudge down the road of ‘cute,’ what with the 2011 promotion of “Heart to Heart.”

Despite my initial shock, I still swallowed down my concerns and let myself smile aimlessly and think that my perfect namleader Jihyun looks absolutely flawless. I did my best not to voice my deep-set concerns about the direction of this album and I even (shamefully) spazzed in my seat when I saw the tracklist. 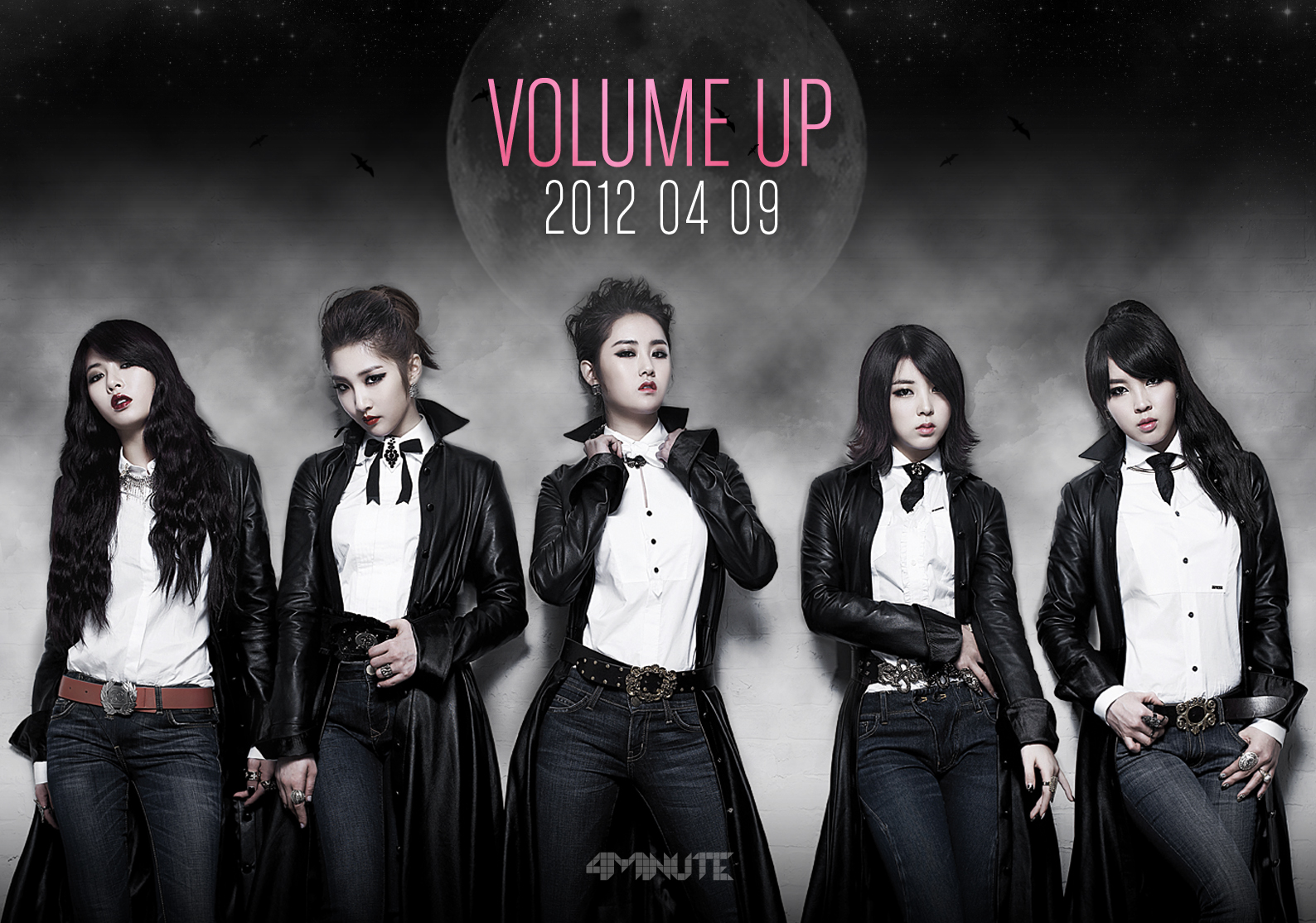 And then the second teaser image happened. Honestly, I wasn’t sure how I was supposed to feel. Happy, that 4Minute would not be making a comeback in pastel dresses, but rather, as vampires? Or heartbroken, because bloodsucking creatures of the night don’t really make the best K-Pop music video? And no, I’m pretty sure Cube isn’t misrepresenting them, because that is definitely a bat next to the full moon in that image — and don’t we all know that classic bat-to-vampire connection?

At any rate, Cube is doing an excellent job of keeping us confused and guessing, but judging from the various photos from the MV shooting, many models were styled in a manner similar to the one the girls are sporting. Suits and eyeliner, working together to create that slightly gothic feel — which I’m actually a fan of. In fact, the aforementioned vampire teaser photo is one that I adore in terms of aesthetic appeal. Close examination of it reveals that yes, they are wearing jeans, which is something of a turn-off if we wanted to be nit-picky about conceptual consistency. However, the rest of the styling is impressive.

Starting from the furthest left is Cube’s resident golden child, Hyuna. The striking lipstick is a stand-out, not only because of its tone but also due to her expression, lips parted. The blouse and jacket are sported by the other members too, with slight variations. Jihyun and Gayoon are making me re-evaluate my thoughts on up-dos as well. Jiyoon though, seems to have been neglected by the stylists somewhat. Wardrobe and hair aside though, I can’t help but notice that 4Minute seems to be evoking a more reserved image. They’re still bringing a form of ‘fierce’ with their vampric get-up, but it isn’t quite so ‘in-your-face’ as “Hot Issue” and “Muzik”, nor is it the grungy and sexy that “Huh” excelled at. Of course, whether or not this is a good thing is up for individuals to decide, but personally, I’m taking it positively.

Cube makes 4Minute board a different concept ship every Korean comeback. As for their Japanese releases, they generally stay consistent (although, that styling for “Ready Go” was the raunchiest I have ever seen). However, there has been some emphasis on the ladies of 4Minute ‘growing.’ 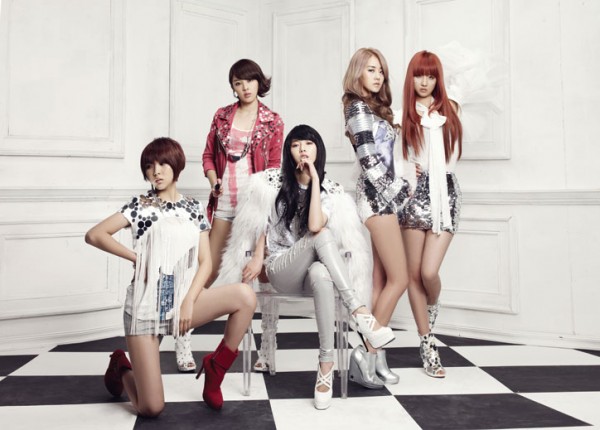 Now, this idea of the maturing into young women with their first full-length studio album had some coherence once we factor in the more refined styling that was present in “Mirror Mirror.” Gone were the fluorescent hoodies and leggings present in “Hot Issue.” Instead, the girls were donned in more luxurious costumes deemed more fitting for young women — as if all that bling wasn’t enough to speak for itself. And really, even though I wasn’t the biggest fan of the song, I was a total sucker for the styling (not the stripes, that, I cannot comprehend). Of course, now you’re questioning what vampires have to do with this?

Call me a conspiracy theorist, say that I’m thinking into this way too deep, but I suspect that Cube’s trying to be symbolic by carrying on the idea of ‘transformation’ or perhaps more accurately, ‘transition.’ The first image we get is the sweet, feminine one that we aren’t expecting 4Minute to make a comeback with. The second is the polar opposite of the former, with the five donning dark tones and condescending expressions. In fact, we’ve gotten those run-of-the-mill quotes, stating that the girls had been experimenting with different genres and that this EP would be the culmination of that. Truth to be told, representing this change in the form of a vampire awakening might actually make sense in this context.

Well, I may be hopelessly wrong, but at least we can expect some vampires in K-Pop in the coming days. That’s got to be entertaining.