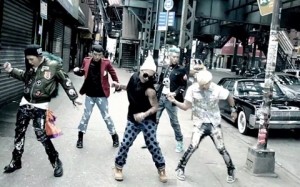 Through their YouTube Channel, Big Bang released a video for “Bad Boy version 2.”  The performance is part of a series of special performances that Big Bang has released for fans as part of their ALIVE promotions via YG On Air which contains content that YG Entertinment produces themselves.

Recently, the song “Bad Boy has been getting more attention as JYP (Park Jin-young) told YG Entertainment’s Yang Hyun-suk that “Bad Boy” was the best song that he’d heard in the past year.  That’s high praise from the founder of JYP Entertainment who is a great singer and song writer in his own right.  Check out Big Bang’s “Bad Boy version 2.”

Netizens responded, “My oppas are flawless!” “I wish I could have seen this performance live,” and “Ji-yong oppa can be my bad boy ^^”

Which version of “Bad Boy” is your favorite?  The original or version 2?