The Wonder Girls are Pretty in Peach 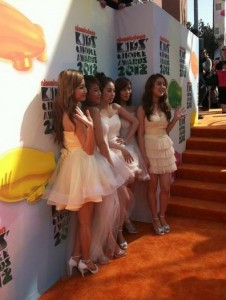 The Wonder Girls tweeted pictures of themselves on the Orange Carpet at the Nickelodeon Kids’ Choice Awards.  All the girls wore complimentary peach outfits, the girls were also tweeting that they were excited to attend the show.

The 2012 Nickelodeon Kids’ Choice Awards was being held on Saturday, March 31st at 8:00pm at the University of Southern California’s Galen Center. The host of this year’s show is Will Smith.

The Wonder Girls’ were featured earlier this year in their own movie on the Nickelodeon channel which followed Yenny, Yubin, Sun, Sohee, and Lim as they prepared for their U.S. debut their performance in a talent competition at the famous Apollo Theatre. 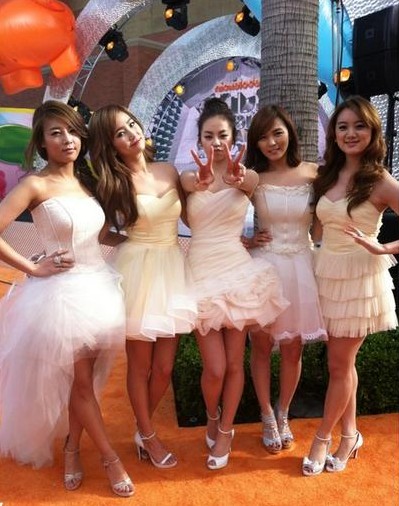 Fans responded by saying “they look like Peach Blossoms,” “so lucky I want to be in California, too,” and “I wonder if they’ll get to meet Jusin Bieber?”