Before I go on talking about the featured group, I just want to say that old school doesn’t necessarily mean the Fin.K.L, G.O.D, or the H.O.T days. I understand why people would think around that time because honestly that is what most people think of when the term “old school” is thrown into the mix, but old school is a subjective term. Old school for some can be the Arirang days (which goes way back to 600 years ago), and for some it can be 2010 because people follow K-pop at different times. In order to clear things up, I will go by my opinion of what it means to be “vintage” worthy. For me, vintage worthy includes artists who debuted on or earlier than 2005. Now after clearing that up, without a further adieu, I present to you the featured group for this article.

CSJH also known as Cheon Sang Ji Hee consists of 4 members: Lina, Dana, Sunday, and Stephanie. This group was supposed to be the female counterpart to the mega successful boy-band DBSK. SM has this trend going in which if a boy-band is successful, then the company will then go ahead and make a female counterpart (examples of this trend include H.O.T. & S.E.S., Super Junior & SNSD, and SHINee & f(x)). Not only was CJSH originally marketed as the “female DBSK,” but they were also similar in that the group was considered to be an acapella group.

Along with being an acapella group, CSJH followed DBSK in that everyone in the group had something uniquely valuable to offer. Dana and Lina were the vocal powerhouses, Sunday was the delicate voice that still managed to hold her own, and Stephanie danced her butt off (and that is an understatement to say the least) along with having a fierce voice. With the formula set in place, one wonders what happened? 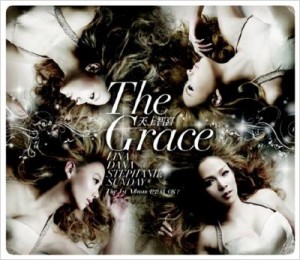 CSJH released their first official single album Too Good on April 29, 2005 (they made a pre-debut track on the SM TOWN 2004 summer album). Shortly following their release, they made their official debut on Inkigayo on  May 1, 2005 with their song “Too Good.” The single album consisted of four songs and two instrumentals. The title track was a cookie-cutter ballad that was clean to the point where it seemed effortless from the girls’ part. The song is nice, but it isn’t a breathtaking song. After promoting “Too Good,” CSJH moved on to promote “Boomerang.” “Boomerang” was the opportunity to show their fans their dancing skills. Overall the album wasn’t the best and had flaws, but they definitely showed promise.

CJSH released their 2nd Korean single album The Club on August 3, 2006. An interesting piece of trivia is that the title track “The Club” features Rain, of all people. This song had the same problem that the songs from the debut single album had in that CSJH is talented, but the songs that they were getting didn’t really show their talent. “The Club” also features a solo song from Stephanie called “What You Want” which shows Stephanie’s skills, and is the start for better things to come.

Following the same year, CSJH released their 3rd Korean single album My Everything on November 3rd. Prior to the release, SM announced that CSJH’s name would change to CSJH the Grace or The Grace.  Along with the name switch, their image switched as well to be “more graceful.” Instead of having a dance track, they opted for a ballad which I am glad that they chose as their title track because “My Everything” was legitimate “music to my ears,” and as a result, I started to seriously pay attention to the group.  The music video is also very pretty and graceful as well and there are cameos which feature Super Junior’s MIA member Kibum and SNSD’s mascot, Yoona.

When they released their first full Korean studio album One More Time, OK on May 4th 2007, I was floored. The album was nothing short of amazing, and I was impressed enough to actually buy the album in Korea. The title track “One More Time, OK” was that edge that they needed in their previous dance tracks.  Coincidentally “One More Time, OK” is CSJH the Grace’s most successful song to date with wins from M! Countdown and Inkigayo. Along with the title track, CSJH The Grace also promoted “Girlfriend” and “Dancer In the Rain.”  Both of those songs are great examples of the members utilizing their talents, but I think my favorite track off the album goes to “Renew” because it’s a powerful song that truly lets their talents shine, and at the least if you don’t get much out of what I’m saying, then know that it’s a kick-ass song.

In between all of this, CSJH kept getting whisked off to Japan for periods of time (among other songs, they released Japanese versions of “Boomerang” and “The Club”). Shortly after promotions for One More Time, OK ended in 2007, the group was sent off to Japan once again, releasing “Piranha,” “Stand Up People,” and “Here,” as well as two studio albums: Graceful 4 and Dear… but failed to achieve high levels of success. Ultimately, in 2010, with the combination of SM redirecting their attention into the debut of their new favorite child — SNSD — and Stephanie sporting a serious back injury, the four members of CSJH managed to quietly disappear from the scene. 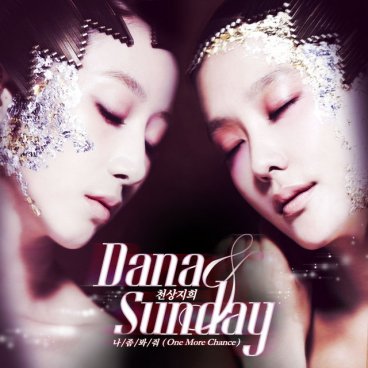 Unfortunately, ever since their One More Time, OK promotions wrapped up, they have not made a full comeback to Korea as a group of four, but this past year two of the members, Dana and Sunday have had some activities since the other two members were busy with solo work (Stephanie has a new career as a ballerina, and Lina has been doing musicals). Dana and Sunday’s first work as a duo was “One More Chance” which is a majorly catchy earworm. Vocally, it pales in comparison to the material in “One More Time, OK,” but a lot of K-pop is about the hook songs.

Another project that Dana and Sunday have worked on is the “With Coffee” project, in which they sang the first track, “First Americano.”  The project involves songs inspired by different types of coffee and is a creative spin to themes, but the song itself falls short.

Overall from what I’m getting from their duo work is that Dana and Sunday need the other two members.

CSJH the Grace is talented, and there is absolutely no doubt about it. Most if not all girl idol groups do not compare vocally to this group, but talent is not everything in this industry, and this group hasn’t had the biggest success. However, it’s still too soon to call it quits yet. The only thing we can do wait until they come back as four, and hopefully this time people will take notice on what a real girl group is supposed to be like.