C.N.Blue's "Hey You" is Fun for Your Eyes and Ears 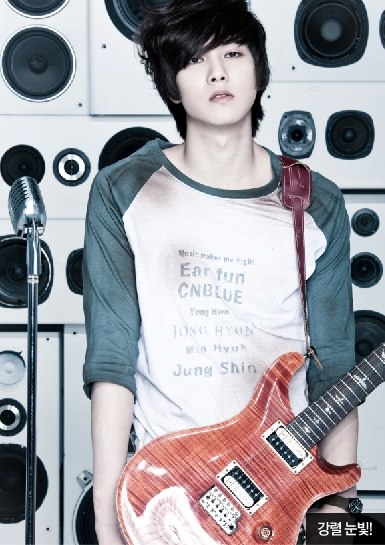 It has been almost an entire year since C.N.Blue graced the K-pop scene with their indie pop-rock magic, and I was beginning to think Japan loved them so much, it didn’t have plans on giving C.N.Blue back. But even if C.N.Blue’s adorable faces began to fade in the back of your mind, I’m sure Fannie rekindled your C.N.Blue love with her fabulous Side B segment, making it the perfect time to dish out the goods on C.N.Blue’s upcoming comeback. C.N.Blue marks their return to K-pop with the release of their latest mini-album Ear Fun, accompanied with little gem that is the “Hey You” MV.

I absolutely love “Hey You” because the song is still very much C.N.Blue’s style–none of wacky 180’s or shocking switch ups that entertainment companies love to pull to stay “fresh.”  And yet, though the song is nothing less of what I would except from C.N.Blue, the tempo, arrangement, and overall feel to “Hey You” is very much unique to their previous works from Now or Never, Bluelove, Bluetory, and First Step. And it doesn’t help that this catchy, fast-paced jingle is so easy to get stuck in your head! From the cheerful tone of the song to Yonghwa calling out for his “dalling,” “Hey You” makes for a fantastic song that successfully made for a fun music video. Now, on to the review! 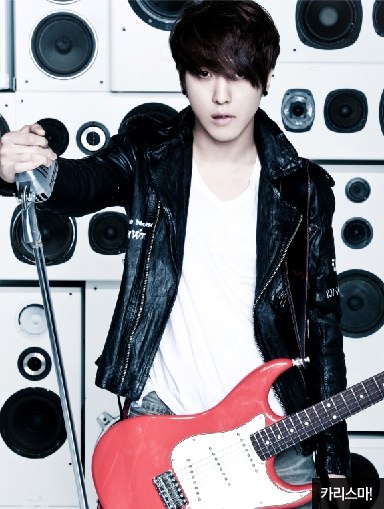 Throughout the MV, the plot follows C.N.Blue on some sort of schedule: we start backstage, suited up for the next performance, stylists putting on the last touches of hair and makeup. The boys hit the stage for their “performance,” then its back to hair and make up right before they crash a TV set on their way to a photo shoot. I personally thought it was, for lack of a better word, a cute incorporation of idol life into MV cinema, and allowed the boys to show off some of their raw personalities as it caricatured the boys’ more casual sides versus only a romanticized magnification of idol life.

What I’ve noticed again is the use of Caucasian extras. We first saw extras of other ethnicities in C.N.Blue’s last major Korean MV, “Intuition,” off the First Step Album, and for some reason FnC decided to cram some more into the “Hey You” MV. While I certainly don’t think it matters all that much whether Caucasian or Asian people are staffing the extras in the backdrop of the set, it does add a little bit of the random, ‘WTF’ factor to the MV. Maybe FnC is a wannabe YG? I don’t know.

I also loved the consistent use of lights in the MV. Sure, I’m sure you’re all like, ‘why is she talking about lights now?!’ but hear me out–When we open up on C.N.Blue in the dressing room, Yonghwa is surrounded by the bright round bulbs on the dressing room mirrors. As the boys rock out with their instruments, we have this bombardment of yellow, blue, and green lights, and then while at the ‘photo shoot’ in the MV, the boys are then again backed by bright white lights. I really felt that the use of so much strategic lighting added the glamour factor to the entire MV, from start to finish, and by the end, it was hard not to think of C.N.Blue as some hardcore, mad-skills rock band. It also functioned to create this warm glow around the boys at all times, highlighting their smiles and playful attitude all the more to make for a more interactive production.

Honestly, what is there not to love every time C.N.Blue takes the stage with their instruments? Even if they’re lip-syncing for the sake of this music video, Yonghwa, Jungshin, Minhyuk, and Jonghyun don’t spare an ounce of their energy when it comes to delivery. Yonghwa is smitten with passion as he takes hold of the mic, Jungshin lets his inner joker come through, Jonghyun is all smiles for the camera, and Minhyuk, is well, he’s doing his thing at the drums. I will say though as much as I love Yonghwa and Jonghyun, I would’ve loved to see more close ups of Jungshin and Minhyuk (especially Jungshin, because I have a secret crush on him, ).  Also, is it weird that I always feel bad for Minhyuk because his drums are set in the back, and as a matter of consequence he doesn’t get too much face time? I mean, come on, this is a kid with an adorable face that needs some more limelight in C.N.Blue MVs. 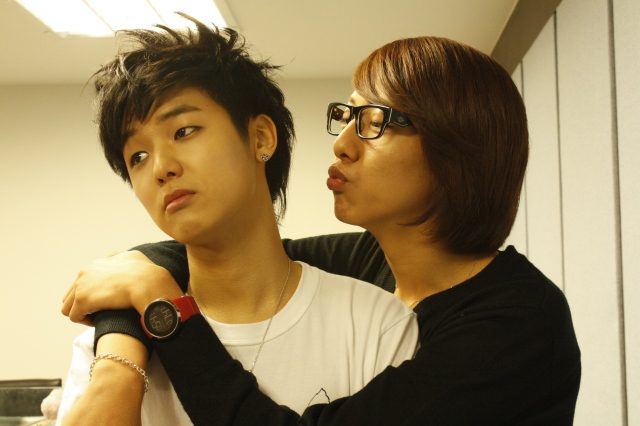 All in all, the boys did an amazing job with delivery–the miming and lip-syncing were so on point that I literally thought they were singing in my ear (though that could’ve been my headphones on blast….). Everyone brought their A-game to the set that night, and it paid off in tangible charisma and light-hearted, lively ambiance.

I thought the ploy on the “schedule”/glamorous life of a C.N.Blue rockstar was actually rather unique and very fitting for C.N.Blue’s overall image, and did well to add the extra pizazz to this MV. Also, the structure and sequence of the sets were layered in a way that allowed for the progression of some sort of back story without taking away from the music and the music performance, which I thought was a pretty smart move considering how botched and haphazard MV’s with multiple sets and hoards of extras can be. And sure, why not say the Caucasian extra’s was a little bit of X-factor. They did add a bit of the backstage, American rock’n roll flavor to the MV, so why not give them some kudos? Oh and an extra pat on the back for Yonghwa. He seemed to earnestly be singing his heart out, and his energy supplied a wealth emotion in video that just makes everything sparkle a little bit more. Let’s see, plotline, the extras, Yonghwa–yep! That’s plenty of X-factor for ya!

Hope you enjoyed C.N.Blue’s “Hey You” MV and the MV review! Let’s hear your thoughts on the return of K-pop’s beloved idol boy band and their latest comeback production!