Although I had known about Black Pink’s In Your Area concert in Atlanta for months prior to the event, I only decided to attend on a whim about a week before the concert. The concert took place on a weekend that was the calm before another storm of final exams and projects. Perhaps owing to my disillusioned mindset, there was a lack of fluttering excitement and all-consuming desire leading up to that day. However, with solid camerawork and outstanding solo cover performances, the concert still ended up being a great experience.

Black Pink is a group that I have liked since their monster rookie debut. Though their recent releases have disappointed some, I have always maintained a healthy indifference. Compared to other groups that I follow extensively, I have never developed a burdening expectation for Black Pink. This sort of detachment increased my enjoyment of the concert. I wasn’t hoping for the otherworldly experience to change my life. Instead, I was looking for a few hours to clear my mind, which is exactly what the concert delivered.

The concert was held at the Infinite Energy Center in Duluth, Georgia. The relatively small size of the venue made the concert feel comfortable. We arrived to find that our seats were right behind the sound system and row of cameramen. This was a regrettable decision, as the music battered our eardrums for the duration of the concert. However, we had a good view of the performance as we faced the middle of the stage.

After the typical music video progression, the lights went out and revealed “Ddu-du Ddu-du”, an excellent choice for an opener. For my sister and her friend, who have never purposefully listened to Black Pink, this was the song they knew from Korean barbecue restaurants and boba tea shops. It was followed by “Forever Young”, “Stay”, and “Whistle”.

Black Pink have only released a couple of singles and two very short mini-albums in the past three years, with a total of 13 songs. They’re known for the girl crush concept, a confident and sassy attitude which drives their discography. The lack of slower B-sides to these hard-hitting title tracks translates into a constant flow of energy for the night. No, the lack of tracks in general allowed for this never-ending sense of familiarity. Most of these songs are engraved in the back of fans’ minds. And so, from the beginning, I was engaged as my muscle memory kicked in and the catchy lyrics poured from my mouth like a spell.

On the downside, the duration of the concert was a concern I kept in the back of my mind–how long could a concert with 13 songs be? Surprisingly, it lasted a reasonable two and a half hours. Overall, the planning of the concert was very well done, as the concert incorporated special performances and other added elements. Since the tour started, the solo performances have gained some traction on social media with dance covers of Lisa’s “Swalla”. By far, these were my favorite stages of the night and in them, the visual aspects of the concert really shined.

Jisoo’s powerful cover of “Clarity” was bolstered by her passionate vocals and an erupting EDM drop. The set design placed Jisoo on top of a cluster of disco balls reflecting electric blue and pink laser lighting. The laser lighting was a prominent feature throughout the concert and really brought the stage to life with color. At times, it felt like I was at an EDM festival rave in an ecstasy of neon lights. In contrast, Rose appeared in a feathered robe, sitting upon a white piano. In the background, scattered lights like stars surrounded her and a blanket of fog covered the floor. She was the pure image of an angel descending upon the earth.

The camerawork was easy to follow. The cameramen used two layers on the screen; the close-up view was the more visible layer while the shot of the stage was less visible. Without being within 20 feet of the stage, it is hard to notice both the theatrical details and the large picture of a performance at the same time, so the camerawork helped to bridge this gap. For Rose’s emotional vocal medley, the screen displayed every dynamic moment from the impassioned facial expressions to the ethereal costuming and set design.

For Lisa’s solo dance performance of “Swalla”, full-body frames of Lisa were reflected in a panoramic view across the screen. I appreciated this more than anything: although I was fortunate enough to watch her precise moves on stage, this made it possible for other audience members to also watch her moves clearly.

Camerawork is one gripe I have with idol concerts; another is the overuse of VCRs. Because of their limited discography, I expected several VCRs and long breaks to fill up time. However, Black Pink avoided this by inviting a live band to play with them. After Jennie’s “Solo”, Black Pink left the stage and the band was pulled to the forefront with instrumental solos. The performance continued without them being on stage. The live instrumental music also added an extra punch of reality to the concert.

However, they didn’t completely avoid using VCRs. There was one five-minute VCR before the last two songs. It was rather comedic as it turned out to be an extended car commercial for their sponsor KIA. There were also one or two talking segments in which the members seemed a bit awkward or disconnected with the audience. This was understandable, as it was their first world tour. Overall, I appreciated that the organizers avoided frequent breaks which would disturb the flow of the concert. My lasting impression of the night is shaped by the seemingly endless waves of synths and tropical house beats rather than a tense feeling of anticipation.

This concert has solidified Black Pink’s image for me. Looking back at their recent activities at Coachella, the direction of their Western advancement lies in their sound. They are undoubtedly commercial and marketed towards the casual listener. Their lack of VCRs indicates that they are avoiding the deep conceptual storylines that many idol groups favor. Black Pink’s songs do not need much contextualization to understand. Rather, their appeal lies in the easy listening, heavy bass beats, and empowering sass that anybody can enjoy. The concert was perfect for some hype and music on a weekend night. 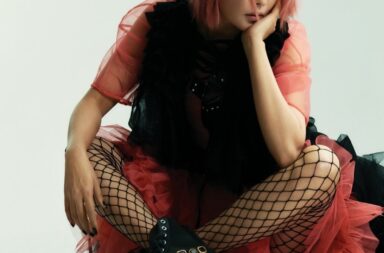