Ateez Unveil Treasures in their Expedition Tour in Lisbon

Ateez are a prime example of what the industry calls “monster rookies” — at least internationally. In less than 6 months since their debut, the group landed impressive positions at Billboard’s World Albums chart, have been extensively covered by media (including an interview for the Recording Academy Grammy Awards) and sold out a tour across the US and Europe. While many of their peers can only dream of such achievements, the group seems bound to a stellar road ahead.

On April 5, I had the pleasure to attend the second stop of their European tour in Lisbon, Portugal. Having been to other Korean concerts in the city, this was by far the most crowded — by the time I arrived at the venue in the afternoon, hundreds had already been waiting since early morning. And although MyMusicTaste — the organizers of the tour — didn’t distribute wristbands for General Admittance tickets, Ateez’ Portuguese fanbase did a great job in organizing the line, ensuring the process ran as smoothly as possible.

As the group prepared to go on stage, a VCR with the trailer “All To Zero ‘Intro : Long Journey’” started to play. In it, Ateez inquire what their treasure is — a concept they have consistently explored in their releases so far. And so the concert began, with the hypnotizing “Pirate King” drawing loud cheers from the public.

As expected of a recently debuted group, their discography is not the most extensive yet. Tracks from their two EPs, Treasure EP.1: All to Zero and Treasure EP.2: Zero to One, were interspersed with a handful of ments, interactions, and dance covers. In the Q&A section, members had the chance to showcase their individual charms, such as San body-rolling to Exo’s “Love Shot,” Yeosang dancing to “Say My Name” twice the speed, and a rap battle between Wooyoung and Jongho (Wooyoung won, if you were wondering.)

After the mellow B-sides “Twilight” and “My Way,” another VCR played while the group went backstage to change outfits. This time, behind the scenes footage showed them practicing for the European tour and cutely interacting with the camera. Shortly after, the music video for “HALA HALA (Hearts Awakened, Live Alive)” started to play, signaling their return.

Arguably the highlight of the night, the live performance of “HALA HALA” was outstanding. Dressed in black suits adorned with chains, the group’s commanding power was in full display while they sang and danced to one of their most dynamic tracks, and the enthusiastic chants from the crowd made for a chill-inducing experience.

The tropical sounds of “Promise” followed, and their latest single, “Say My Name” was the final song before the encore. When the group came back, leader Hongjoong had wrapped a Portuguese flag around himself — a small act that always goes far with fans. After extensive goodbyes and an emotional performance of “Treasure,” the concert was concluded.

Despite their freshness, Ateez’ full-on commitment to the stage is a stand-out in K-pop, adding nuance and depth to their strong musical identity. With unfaltering energy and charisma, they captivated the public like seasoned veterans, and made the night a treasure to be cherished. 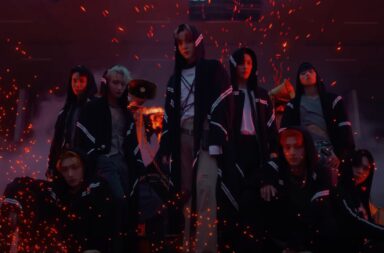