Are you afraid of the Big Bad Wolf? Red Velvet seems to have a rather ambivalent relationship to him in their latest MV for “Really Bad Boy.” As part of their latest album, RBB Red Velvet have returned to familiar territory: bad boys, noir, and danger. Apparently, one “Bad Boy” down wasn’t enough for the group, and they’ve moved on to the next challenge: taming a beast.

The MV for “Really Bad Boy” might be a month late to the Halloween party, but it’s visuals pack a punch that makes it feel like All Hallows Eve all over again. Unfortunately, the song isn’t strong enough to carry such a wonderful MV.  Taking on many fun film noir and horror movie tropes in “Really Bad Boy,” the members of Red Velvet spend their evening pursuing, and being pursued by, the Big Bad Wolf. In their infatuation, they embody scenes from The Shining among other classic sets of graveyards, confined spaces, and Victorian paintings.

These scenes are shot with each horror genre given its own color scheme. The graveyard is blue and cold, while the orange curtains the interior spaces bring warmth and a vintage quality. Then, the living paintings on the wall that members live in are lit with red lights in warning. When the wolf makes an appearance, his scenes begin in black and white, just like an old horror film. It’s a lot of contrasting aesthetics, but together they all pay a decent homage to the history of horror.

Watching the MV makes you wonder, are the Red Velvet members more afraid of the Wolf or each other? While the wolf surprises them in mirrors and scratches the hood of their car, the members also take their turns spooking each other: Irene makes a shadow puppet of a wolf to snap at Seulgi, Wendy blinds Yeri with her flashlight in the graveyard, Seulgi closes the curtain on Irene just as the wolf is about to capture her. They’re all playing games, the only question is who the winner will be. 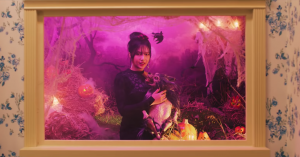 What also adds to the ambiguous nature of the member’s relationship with the Wolf and each other is that for most of the video, they’re the ones seeking him out. They drive to the graveyard, they search high and low. When the Wolf encounters Irene and Yeri in the hallway, he’s the one that runs, only to find Joy holding a wolf cub in her arm that she chastises for biting her. It’s as if the members know there’s danger but think that if they can only get the Wolf into their clutches, then they can tame him.

Making me trust that handsome face

I’ll tame you if that’s okay

Despite all their games and intrigue, the Red Velvet members are ultimately the ones sitting in the Wolf’s mouth waiting to be eaten. They’re literally in his clutches, and in the final scene of the MV, he gobbles them all up. All the thrill of the pursuit on screen is a nice take on the lyrics of knowing a boy a bad for you, but being unable to stay away. The members were fully aware of the danger for the entire MV, and even if they knew how the story would end, they couldn’t resist their fate.

You could say that after such a well presented MV, my relationship to the track “Really Bad Boy” runs parallel to Red Velvet’s and the Wolf. “Really Bad Boy” has been on repeat since release, and yet it drives me crazy. Undoubtedly, “Really Bad Boy” has some fantastic vocals, a killer brass line reminiscent of “Bang Bang,” and wonderfully incorporated horror film screams. It all sounds and looks great until the lyrics are taken into account — and they might be Red Velvet’s biggest let down yet.

There’s a lot of great musical dynamics going on in the song, but because the same phrases are over-used, it feels simultaneously chaotic and one note. Repetition has always been a key point of Red Velvet singles from the lalas of “Happiness” to “Dumb Dumb” and even “Rookie.” These hooks have been what make Red Velvet singles earworms. But in “Really Bad Boy” it’s not a chanted word or layered melody that gets stuck in your head, it’s too much of same phrase over and over and over. Even outside of the main chorus of “oh my God he’s a really bad boy,” the bridge is also 70% “you’re a bad boy and you’re bad for me” and in total, the phrase “bad boy” is said over 30 times in three minutes. Too many lines are repeated, that when the song is finished, I almost forget it had verses — all I know is that he’s a really bad boy.

Another downside is that the vocals can be split into two groups: Wendy, and the rest of the members. Wendy hard carries the vocal line in “Really Bad Boy,” but “Oh my god, he’s a really bad boy” is nearly the only thing she sings aside from some wild ad-libs. Adding to this is the fact that there isn’t much connection between Wendy going off and the chanted vocals under her singing. I get what SM was going for here with the layering, trying for the same way that “Peek-a-boo” made use of the technique, but it doesn’t work as well here. Not with the volume of Wendy’s vocals, and not with the lack of variety in the lyrics.

What could have helped “Really Bad Boy” sound more connected would be more call and response, more interplay of the two vocal lines. Hear me out here: instead of “Oh my god he’s a really bad boy” being sung by either only Wendy or only the rest of the group repeatedly, imagine how it would sound if the initial line were the same, followed by a chanted response of “Is he a bad boy?” and then the melody confirming “He’s a really bad boy,” and a subsequent chanted echo of that same line. It’d have nearly as many “bad boys” but with more connection.It would also play better into the lyrics themselves, where one member knows her friends are worried about her but she can’t seem to stay away. 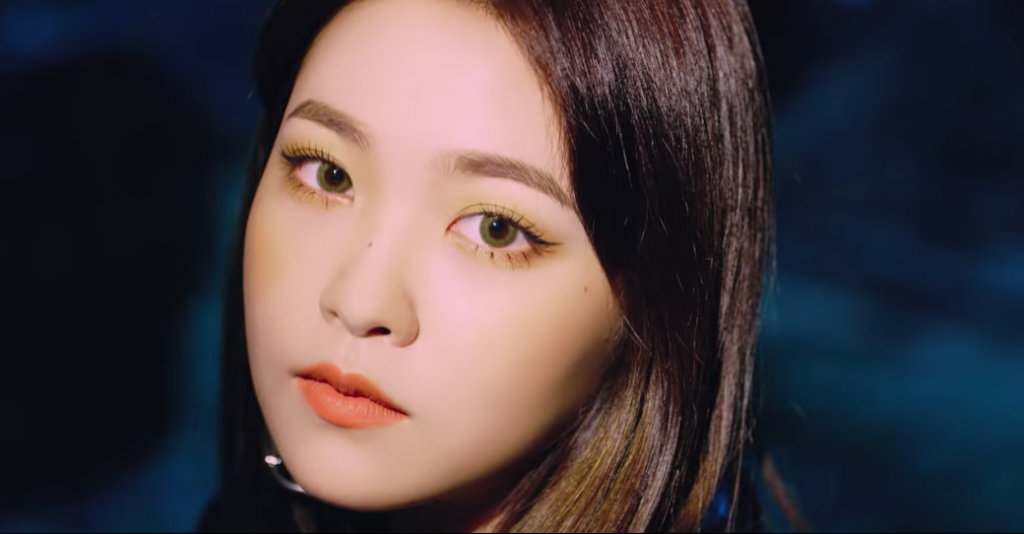 Ultimately, there are so many positives to this release. The MV is exceptionally well shot; the styling is wacky, yet somehow fantastically aesthetic; the choreography is also some of the best Red Velvet has had in four years worth of releases; even the song is a banger in terms of vocals and production. Yet, the lyrics detract from what should be Red Velvet’s best Velvet-blend comeback and turn it into more of a guilty pleasure song. Next time SM has such a strong demo and MV concept laid out, they should hire a better lyricist.