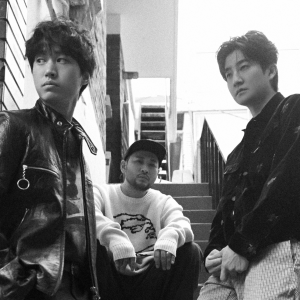 This time last year, Epik High was gearing up to drop their much anticipated album We’ve Done Something Wonderful. Now just shy of their 15 year anniversary, the trio has parted ways with YG Entertainment, leaving the future of the group – and their ever-shifting sound – in question. Luckily while we wait to hear more, there is a treasure-trove of tracks in Epik High’s backlist just waiting to be dusted off. From melancholy alt-hip hop ballads to scorching hype anthems, Tablo, Mithra Jin, and DJ Tukutz have been in the game long enough to have penned a song perfect for that rough morning, wild night, lazy afternoon, and anything that comes in between. I couldn’t dig up all the gems in just one Side B, so be sure to explore their discography if you enjoy these highlights.

Tucked away on the [e]nergy side of Epik High’s sixth studio album, “Rocksteady” is the epitome of the trio at their cocky, cavalier best. The guys draft in a crew of features to take their turns on the mic, turning the song into a free-wheeling cypher of pure lyrical fire. Kero One, MYK, Dumbfoundead, and Rakka each deliver verses that serve not only to grandstand their skill, but propel the track’s key message of forging one’s path to success. Tablo in particular riffs on the value of owning creative autonomy:

Be your own big boss. Get yours
With your mind on the money like you’re the pit boss
Go independent, be your own self-defendant
Like a knee repentant, the rules can be bended

Rakka backs him up by name checking mixed martial artist Dong-Hyun Kim and pro B-boys Wing and Hong 10 as representations of South Korean skill. The gang say it best when they come together for the final refrain:

Blasting over an old-skool breakbeat, “Rocksteady” is a homage both to Epik High’s roots and how far they dream. I dare you not to dance to it.

In contrast, “Butterfly Effect” is emblematic of Epik High’s experimental edge. Despite running over four minutes, the song barely clocks in a minute of spoken bars. Yet, in this compact verse, Tablo succeeds in summing up the significance of love at its highs and lows:

Here Tablo cuts through the froth of blissfully innocent love songs that permeate K-pop to dig at the underbelly of human emotion. But while the repeated couplet in the chorus ties people from opposite ends of society to the cycle of creation itself, the production is the integral element that allows “Butterfly Effect” to sink into the listener’s soul. The track opens with hushed breaths layered over an orchestral soundscape that ripples into waves of piano and synths. A steady beat adds tension to Tablo’s bars, merging with more cascading piano runs as the song reaches its crescendo. The echoing effect is hauntingly lovely.

Next up is “Bleed”, a bittersweet gem from We’ve Done Something Wonderful. This is far from the first time Epik High has explored creativity in their music. From “Free Music” to “Pencil Sharpener”, Tablo and Mithra Jin have riffed on their own talents and repped their fellow artists on the grind. But on their ninth studio album, the rappers offer a poignantly weary take on the business of making music:

This a rare peek into the mind-set of artists over a decade into their careers. While Epik High is so often lauded by fans and other artists alike as masters of their art, it is refreshingly humbling to see them speak openly about the reality of their struggles. With its raw lyrics layered over a steady heartbeat of a bassline, “Bleed” serves as a reminder of the humanity behind the legend.

If “Bleed” is an insight into Epik High’s lows, “Breakdown (Supreme Mix)” is the exact opposite. This track is Mithra Jin and Tablo united against the naysayers, with Tukutz breaking the beat down as they announce their intentions to show and prove each time the chorus hits:

(Damn) You should welcome me back
(Damn) It’s been a long time
(Damn) We gonna rap it the best that we can
Uh, break it, break down like this

Play this one any time the world knocks you down. The camaraderie between Tablo and Mithra Jin is infectious, while Tukutz splices together a stomping bassline perfect for splashing through storms or just generally stampeding through whatever life throws in your path.

Epik High’s advocates often praise the genre-shifting sound they have curated through the years. But being a rebel means daring to stand out and be different. In “New Beautiful”, the group asserts both their pride in staying true to their own identity and staunchly defending everyone who doesn’t quite slot into society:

There are many names that the world has given me
The weirdo, the loner, the weak, the outcast, the heretic
If beauty is not talent, but being included, and harmoniously blooming into a flower, you can go do that

Take the punk-rock edge of the chaotic production and broad brushstrokes of the theme at face value and you’d be forgiven for shrugging this one off as YG’s watered-down edition of Epik High. But it is these tracks – such as breakout hit “Fly” – that make the group chart heavyweights, allowing their grittier cuts to slide into the mainstream market. “New Beautiful” encapsulates Epik High’s offbeat appeal, while serving as a brilliant stepping stone to hook new fans into their soundscape.

Epik High honed their craft in the world of syndicate crews like The Movement and CB Mass. Their discography is peppered with brilliant features – so I’m wrapping this up with a nod to Tablo paying it back by jumping on long-time collaborator MYK’s solo venture SALTNPAPER. “Love Strong” is a bittersweet rallying call to anyone who has ever loved and lost. MYK proves his prowess as a singer, while Tablo triumphs in turning the lowest moments into something poignant and powerful:

You get three hundred sixty five shots but when the game is called
Ask spring, summer, fall
Man, winner takes all
So here’s to the losers
Take a shot, take a sip
This round is on the house
Yeah it’s helluva kick

This is a sample of Epik High’s modus operandi – poetry as music, be it chilled out or hyped up, always teasing out the essence of the theme to connect artist and listener through shared experience.

There are doubtless many more brilliant B-sides I’ve missed, so be sure to comment and let us know which Epik High songs are your favourite!