Dreamcatcher Explores with "Alone in the City" 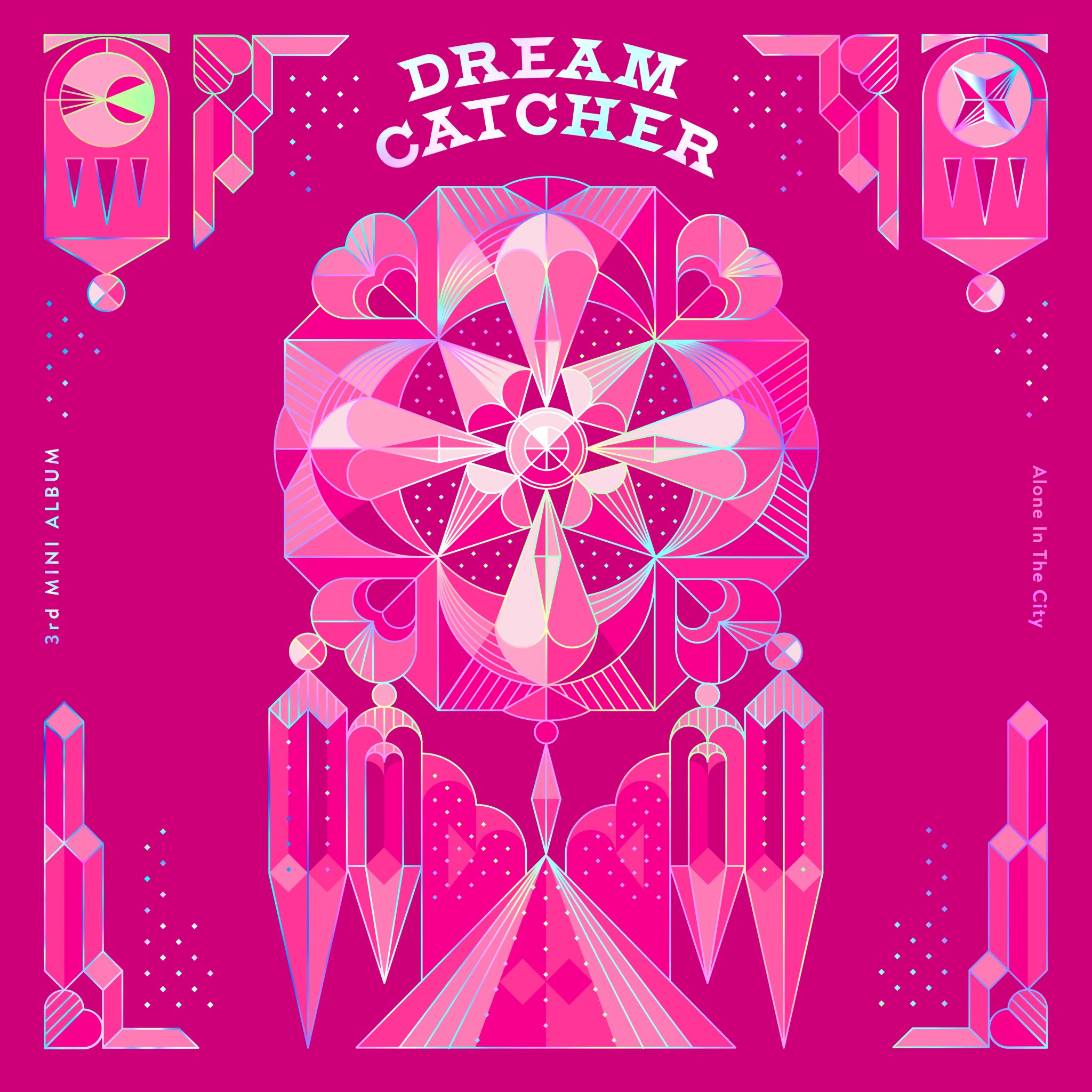 Following up from Nightmare: Escape the Era, Dreamcatcher returns with Alone in the City, their third mini-album. To be completely honest, I had never dabbled into Dreamcatcher’s music until I chanced upon “What”, their title track for this mini album. As such, it was elating to discover a quality mini-album that explored a variety of genres, but managed to keep a cohesive sound, mainly via the usage of the recurring themes of loneliness and longing throughout the tracks.

While Dreamcatcher is known for their rock-inspired music, the songs that strayed furthest from their usual sound were the most attention-grabbing ones — “Wonderland” and “July 7th”. “Wonderland”, a sultry R&B track, does a great job in showing off the dynamical vocal range that the group has. The combination of the upbeat percussions, the contrasting slow synth beat, and the variation brought about by the slight triplet flow enhances the vocals of the members. It brings you a track that you would subconsciously slow-jam to. Moreover, it reiterates the idea of pining that Dreamcatcher brings across in the album: “I want you to come, a piece that fits for me. […] Take me to wonderland”.  In this song, the persona yearns for someone that can complete them and take them far away to an idealistic, fantasy place.

Echoing the same sentiment is “July 7th”. “July 7th”, in all its reggae glory, would remind one of Wonder Girls’ “Why So Lonely?“. This track pretty much hits all the right notes. The tropical vibe with dreamy vocals, the light instrumentals, and the cute little whistle is sure to appeal to many. It’s also extremely pleasing to hear an album wind down with something other than a ballad. (As someone with very little interest in ballads, I sob to all entertainment companies, “Please stop.”) This reggae track was a splendid way to wrap up the album. And as the final song on the album, it really drives home the feeling of desiring a lover in your life:

I’m only staring at you as you become distant.
It truly won’t be easy, so I promise,
I won’t let you go.
If you come again today,
Please stay at my side,
Stay.

That being said, “What” and “Trap” are fantastic songs too. Unlike “Wonderland” and “July 7th”, they follow Dreamcatcher’s niche sound more closely, being more influenced by rock/metal elements and having stronger presence of percussions. These songs also bear a similarity in their message: both sing about the prior-mentioned relationship, but call it a trap which encapsulates them in their own loneliness.

The mystery of the dream that I cannot escape from,
The message of my prayer that will not be heard.
[…] Please shake me, please find the answer, in this nightmare,
Please hold my hand, light the fire, for me to wake up.
[…] You are the one I still keep seeing,
Why can’t I catch you?

“What” touches on how the persona is trapped in this quest to attain their ideal lover, but it starts to feel like a nightmare they can’t escape, making them even more isolated in turn. The title track boasts a busy instrumental with the sounds of an electric guitar, synths, violins, snares, and drums. While this pop-rock song was almost impeccable, it fell short during the chorus. The transition from the pre-chorus to the chorus felt like a very disappointing drop in an EDM song. This is probably because the pre-chorus is cluttered with fast-paced vocals and a loaded instrumental verse, which is very distinct from the relatively slower-paced chorus.

”Trap”, on the other hand, instrumentally sets itself apart from “What” by carefully balancing rock/metal elements with some EDM-sounding instrumentals. It’s especially interesting how the soft guitar riff continues throughout the song, but the song builds up to a really intense, beat-heavy chorus. The softer riff, paired off with mellower vocals and rap, makes the pre-chorus and chorus stand out with their heavier drum and synth beats and deeper vocals. It’s this contrast that somehow seems to work and capture your attention, though it could have potentially failed had it not been executed properly. However, it is akin to “What” in emphasising the unstoppable lure of their ideal lover, which leads to their own demise: “A trap that is tightening (around) me”. 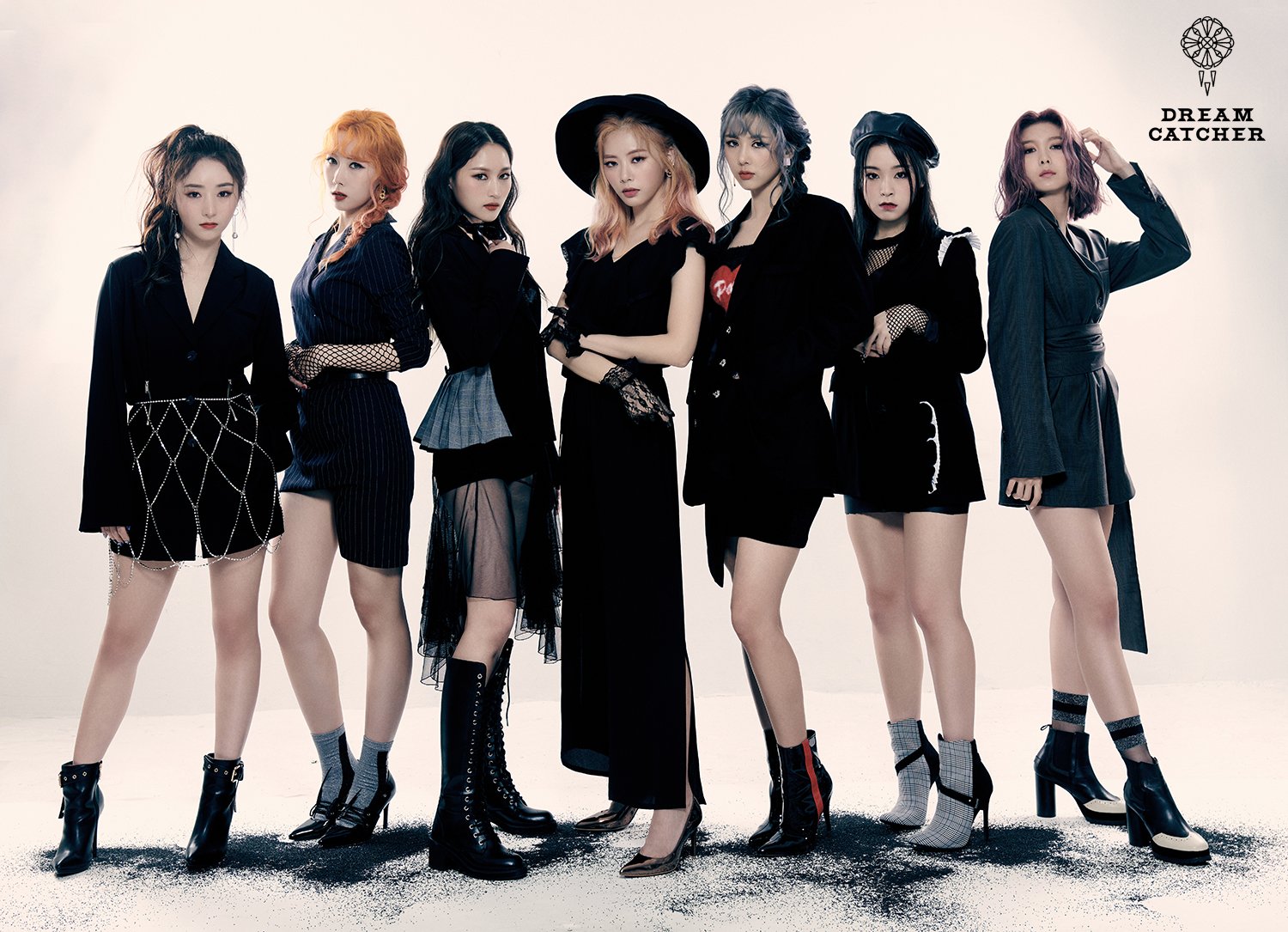 Alone in the City doesn’t offer much development in terms of its message, showcasing a one-dimensional perspective of feeling alone. However, seeing that it’s a mini album with only four tracks, Dreamcatcher painted an intricate and detailed picture about the forlorn and desolate sentiments that come with such a feeling. Despite attempting a variety of genres across four songs, the group skillfully tied the songs together with a common motif appearing in every song.

All in all, while Escape the Era aimed to display the rock-and-metal-inspired side of Dreamcatcher, Alone in the City flaunts Dreamcatcher’s ability to explore and successfully pull off various genres. As a new listener, I’ve been intrigued by this varied mini album, and am thrilled to see what they put out next.