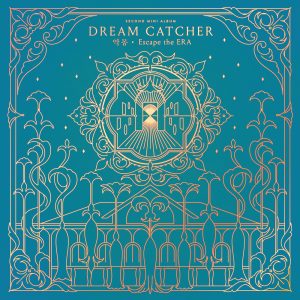 On May 10th, Dreamcatcher released their second mini album, Nightmare: Escape the Era. Like their previous releases, this mini album promised to continue with the J-rock sound they’re known for. Dreamcatcher is one of those groups that I actively try to introduce to as many of my friends as possible. Their music isn’t what comes to mind when you mention K-pop to the average person. Their hard rock inspired music makes them more accessible to those who might not consider K-pop for them. This is what attracted me to them in the first place. Nightmare: Escape the Era is made up of six songs, including lyrics of one song written by the group’s rapper, Dami.

My favorite track of the four full tracks is definitely “Mayday.” It’s got the heavy metal guitars and synths that make a Dreamcatcher song so uniquely theirs. It starts out with a piano before the distorted guitars and synths join in. The song is driven by those guitars and a steady and relentless drum beat. “Mayday” would be perfect as a song during the ending credits of an adventure anime about the meaning of friendship. It’s fun and fast; the perfect song to headbang along to.

If “Mayday” is the closing song to an anime, “Scar” is the opening song to the same anime. Like “Mayday,” it’s driven mostly by the drumbeat. It relies less on distorted guitars and more on a keyboard and strings. The lyrics to “Scar” are written by Dreamcatcher’s rapper, Dami. In them she writes about struggling because of some past trauma. It’s never specified exactly what it is, but you could infer it as possibly a breakup. To be honest, the lyrics for “Scar” take a backseat to the member’s voices and the instrumentation of the rest of the song. The clearly defined post-chorus and bridge are what makes “Scar” stand out to me. 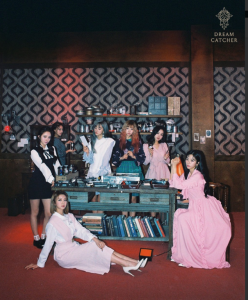 The song that’s the biggest departure from Dreamcatcher’s usual sound is “Which a Star.” This song has less of a rock vibe and sounds more like a dreamy electronic pop song. It would fit perfectly on an album like EMOTION by Carly Rae Jepson and not feel out of place at all. That isn’t to say it’s out of place on Nightmare; “Which a Star” isn’t rock influenced, but the synthesizers and overall sound still fits with Dreamcatcher’s sound.

Nightmare: Escape the Era is a great first mini album for Dreamcatcher. It showcases what they do best: rock and metal inspired K-pop. You get to experience the members’ voices layered over distorted guitars that most people would not associate with a K-pop group, let alone a girl group. I’m most excited to see how Dreamcatcher will perform these songs at their concerts, especially my favorite song, “Mayday.” After seeing them on their European tour, I can only imagine the kind of choreography that will go along to each song.

This mini album has only renewed my excitement about Dreamcatcher. I’m very interested in seeing what they’re going to do after this. I very much hope they keep with their darker, heavy metal vibe, tweaking it to fit the members’ personalities as they grow.