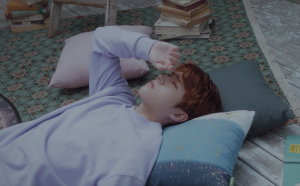 Slightly over 2 years after he made his solo debut with Write..,  Woohyun returned with his second mini-album Second Write… The main vocalist of Infinite did not disappoint with this album, which featured a lot of his own lyrics. The album was a delight to listen to because it highlighted his strengths and more importantly, his growth as a singer. His experience performing in musicals over the past few years and his experience with Infinite have really developed his vocal capacity, and his improvement from Write.. is evident.

Unsurprisingly, Second Write..  is a ballad-centric album. They range in quality, however, with the title track “If Only You Are Fine” standing out as the highlight of the album. It initially seems like a normal ballad, with a simple piano instrumental kicking off the song. This subtle instrumentation works to the strength of the song since Woohyun’s voice is constantly highlighted. The music arrangement and production quality here are superior to that of “Same Place”, where Woohyun’s voice, unfortunately, gets overpowered toward the end of the track when the full range of instruments come in together.

The space allowed by the instrumentation in “If Only You Are Fine” also allows Woohyun to dig deep into his emotions. He convincingly presents the struggle between longing to return to a lover and wanting to respect her wishes. Perhaps as a result of his musical experience, he is able to tell this whole story through skilfully varying the intonations of his voice and its intensity at different parts of the song. At the final chorus, for example, he performs a glorious vocal ad-lib, creating an emotional climax. This gives the song a gravitas that the Disney-like “You’re My Lady” does not have, and it truly reflects his maturity as a singer.

Woohyun ventures out of his comfort zone briefly with “I Swear” and “Smile”, but to mixed results. While Woohyun pours his heart out in his ballads, he shows so much restraint vocally in “I Swear” that it ends up a very lacklustre track. Whether it was intentional or not, it was frustrating to hear Woohyun’s inability to express himself in this track especially after witnessing his emotional range in the other songs of the album. Even fellow Infinite member Dongwoo‘s rapping does little more than provide a break from the regular flow of the song.

The production is also disappointing, especially when compared to the effective use of string ensembles and the piano in the ballad tracks. The extended instrumentation between the last chorus and the end of the song, the sudden disappearance, and reappearance of a previously constant drum beat — these flaws reduced the effectiveness of a track which could have been the variation Second Write.. needs. 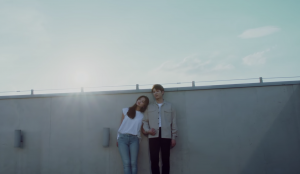 Thankfully, “Smile” does provide that freshness for the album. An anime theme-sounding track featuring TRAX‘s Jungmo, it is a song that Infinite would have probably released in Japan. The uplifting song’s lyrics suit it well, and despite the poor grammatical construction of English lines such as “These all your things gonna fine”, the encouraging lyrics of the chorus make this song an instant mood-lifter.

And these all make you smile, you can face it

Break and throw it away, you can smile

Time will make you smile

I will always be by your side

As a whole, Second Write succeeds in telling a story about broken relationships while masterfully showcasing different aspects of Woohyun’s voice in each track. From his emotional depth in “If Only You Are Fine” to his resonant voice in “You’re My Lady” and versatility in “Smile”, the album finishes with “I Love You”, which shows off Woohyun’s sweet and romantic side. From its light guitar instrumental to adorable lyrics like “I feel like I’m the main character in a fairy tale, I feel excited like a fool.”, the track is filled with the fluttery excitement of falling in love. Considering the largely depressing nature of the rest of the album, this is an optimistic message to end off Second Write with.

Woohyun’s long-awaited comeback as a soloist did not disappoint. He shines in the genre he does best, and so does his production team, evidently. Regardless, his efforts at lyric-writing and genre experimentation were great as well. I will be eagerly waiting for his future musical endeavours, whether as a soloist or together with the rest of Infinite.