Zico's "SoulMate" is a Surrealistic Look at Connections 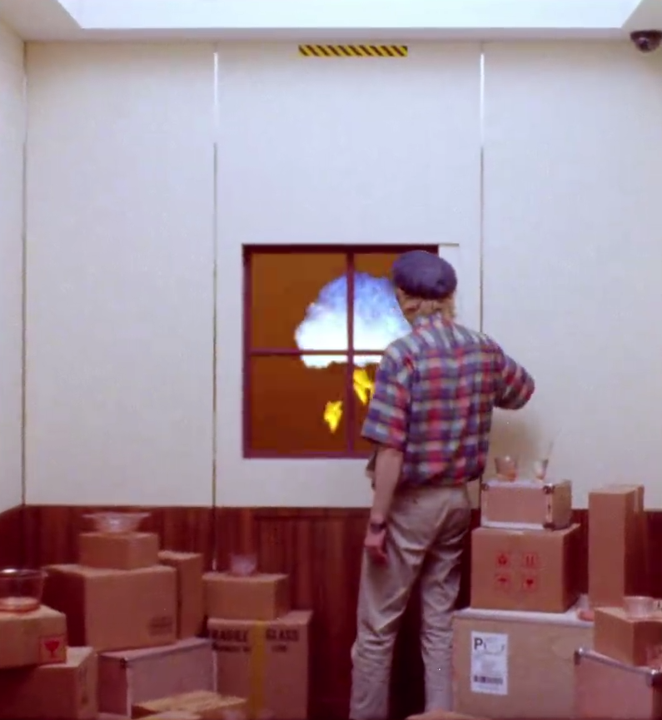 It is not a relationship often talked about, but Zico and IU have had a long-standing friendship. The two music prodigies worked together on IU’s “Marshmallow” in 2009 before Zico even debuted with Block B in 2011. On the latest episode of Knowing Brothers, Zico admits to knowing IU since they were really young, which is such a wonderful thought in of itself. After a solid nine years, the two friends have finally come together again with Zico’s newest single release, “SoulMate.”

“SoulMate” is quirky, calming, and sounds more like an IU release than anything with Zico’s name stamped on it. On a first listen, the track reminded me of the aesthetics in IU’s Palette. It was a surprise then to find out that Zico had produced, composed, and written the entire song by himself. Even though he is known for being experimental with his music, it is hard not to wonder if he made this song with IU in mind, tailoring its music style to suit her.

One more fascinating aspect regarding the musical dynamics of “SoulMate” would also be the division of parts between Zico and IU. IU comes in more than just a feature artist, taking up a good portion of the song. Even though “featuring” is the term used more often in hip-hop, the style of “SoulMate” sounds much more like a duet between Zico and IU. The two alternate lines in the early verses, and IU’s voice can even be heard harmonising to his rap parts. Zico’s familiar bullet-like rapping only comes in later.

The MV is a visual experiment itself with its play of cinematographic effects. The same colour pop palette from Zico’s Television album art and “Artist” MV reappears in “SoulMate.” The bright colours that invite excitement, paired with the musing melody, evoke a peculiar sense of detachment. Moreover, the vintage filter of a low definition video, dampening the colours by a tad, contributes to an atmosphere of strangeness.

Visually speaking, this is a brilliant move to focus greater attention on the message behind the lyrics:

The song starts with lyrics that sound more like a fairytale, and the MV’s surrealist manifestations are a perfect reflection of such a narrative style. Laying it out from the very beginning, the song presents a relationship between two individuals who recognise each other as soulmates. Within this very acknowledgement, a fantastical world is built around them, from which their creativity and expression are being liberated. 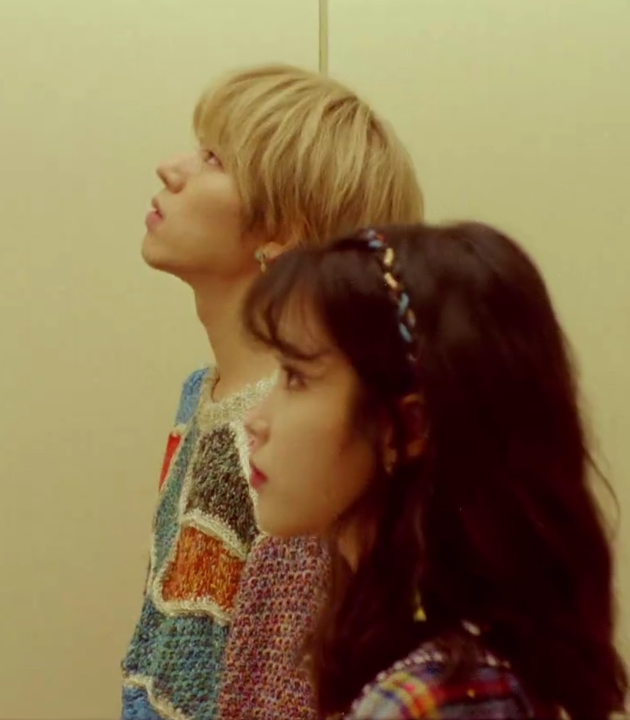 This is painted through the seemingly inexplicable yet charming aesthetics. The space of the lift is mutated into a bedroom, a storage room, and later opens the door into a rabbit hole of sorts. The lift’s interior incorporates a window that depicts a moody storm outside, a reflection of Zico’s mood at some point. Its doors also open to reveal a mirror, which ripples upon IU’s touch, and dissolves into streamers that Zico pops out from. With the two meeting, what we see as an ordinary lift is reconfigured in unexpected ways.

The lift is not a transitory space, but an entrance into a different realm. The lift’s buttons dangle above IU, freely moving about. Its display screen shows up icons like cherries and a snowman, completely uprooting any normal images we have of such a mundane machine. In other scenes, the small space of a lift expands endlessly, containing tons of masked men in ski gear. Crush, Zico’s crew mate from fanxychild, even makes a cameo appearance as he playfully presses all the lift buttons.

“SoulMate” isn’t explicit about making the relationship between the two about attraction or romantic love. Rather, it focuses on the intriguing nature of fate that brings two people together, eventually keeping them together. The scene with Zico and IU walking about in circles between two lifts perhaps best describes this bizarre feeling that comes with finding one’s soulmate — someone who enters and understands the strange worlds inside one’s own mind. As though walking within a revolving door, there is an endless cycle of feeling trapped, but also comfort in companionship and camaraderie. 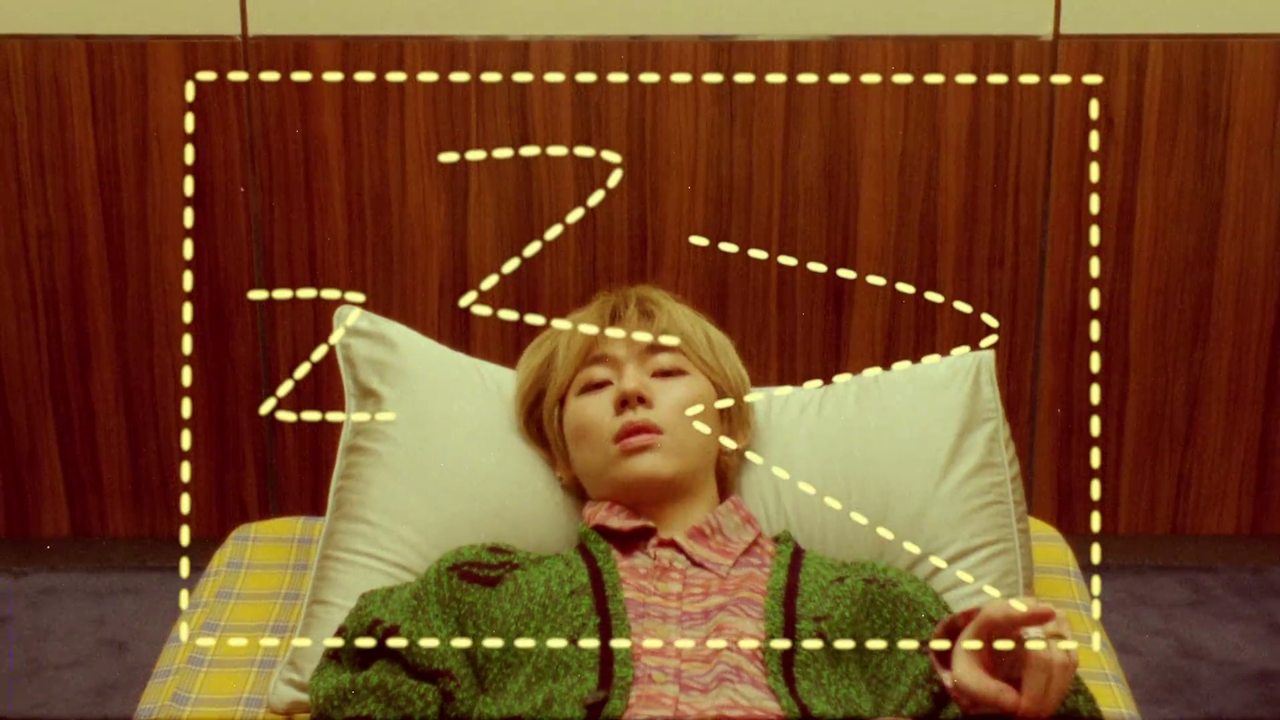 “SoulMate” then proceeds to question the nature of interstitial spaces such as a lift, which purpose is supposed only to bring its inhabitants quickly from level to level. Perhaps in a relationship between two people, the entrance into a common plane of understanding and affirmation need not require a necessary exit. As though entering a dream, the lift brings him to his soulmate, and he is eventually able to make himself comfortable even in the small space of the lift. The seemingly confining boundaries not only keeps out the dark clouds, it expands upon his encounter with IU.

Yet, it is a presentation that keeps the viewer as a spectator of the encounter between the two. The screen wobbles and dissolves for us as we fail to gain access into this enchanting world Zico and IU inhabit. The two exchange hand signals, secret codes only they know the meaning behind. Even as a voyeur, we cannot gain full clarity of the imaginative realm they exist in, and the disrupted glimpses we obtain remind us that these two individuals connect on an entirely unreachable plane of their own.

The MV ends with the two’s shoelaces connected with a thread, and then shifting to an image of the lift being crossed with threads like a shoe’s laces. Zico and IU stand together behind the lift, existing in their own shared space of what represents a single shoe. This portrait captures precisely what soulmates are, not two halves but coexisting as a single mind. 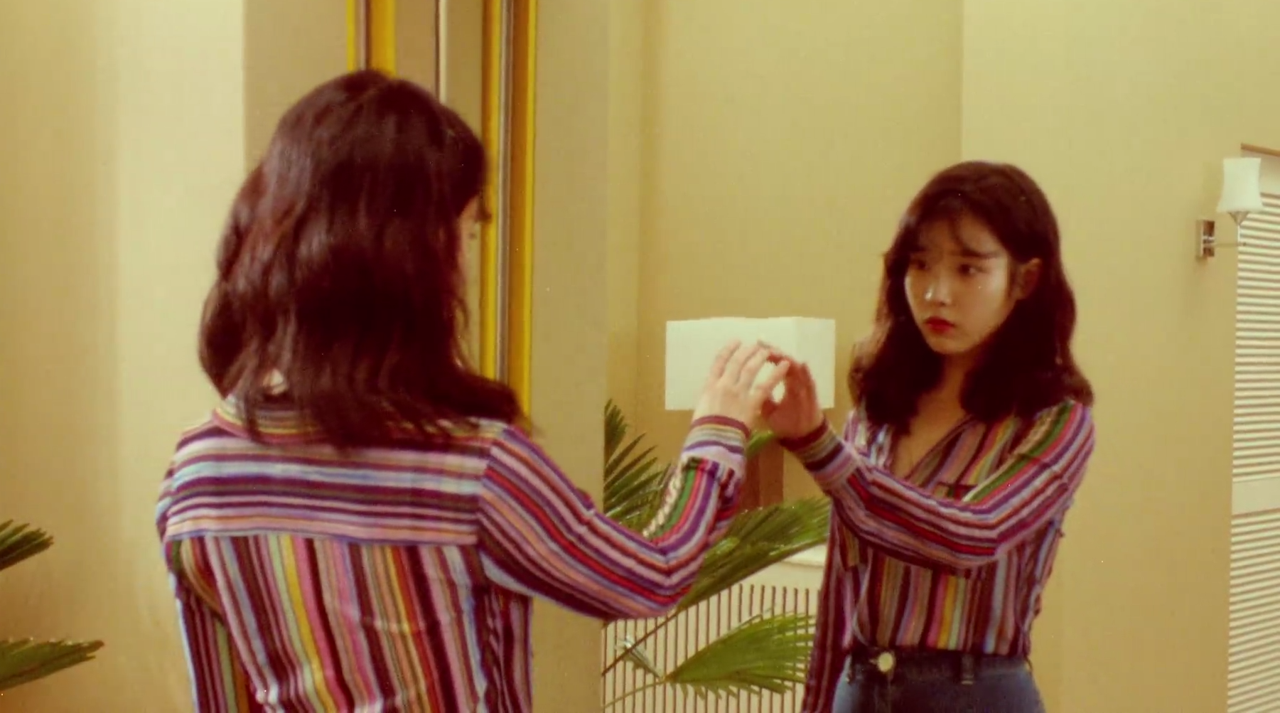 When it comes to soulmates and art-making, it’s not always about romantic relationships. One can find a creative soulmate, where the imagination is able to grow and run free. This collaboration between Zico and IU reflect the precious friendship between two brilliant artists.

For Zico, who has mostly veered towards more hard-hitting melodies, “SoulMate” comes as a twinkly charm. It is rare to find songs with MVs so crucial towards appreciating a track’s musicality and artfulness, yet “SoulMate” manages to achieve this balance between art forms. Captivating through its very quirkiness, poetic in its lyrics, and intriguing in its musical composition, “SoulMate” presents more than just a song, it offers an experience of the surreal, and certainly of something worthy to be called art.