Taeyeon Exudes Artistry in "Something New" 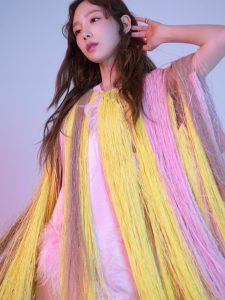 Taeyeon has had a long and illustrious career, both as a member of the long-reigning Girls’ Generation and as a soulful solo singer who only continues to impress. Her first album titled, My Voice, was a mix of various genres including pop, R&B, and pop rock. Taeyeon’s inclusion of these stylistically different sounds on her first full-length debut showed just how impressive her talent range could go. Now with her newest comeback added into the mix, it elevates Taeyeon to a new height of artistry and creativity that goes beyond any idol phase.

Taeyeon’s third mini album Something New, strives for just what the title indicates. Something New is an honest attempt to go against the grain and discover what other relics may be hidden underneath. For super idol Taeyeon, the goal was accomplished through a compilation of tracks far different than her original starting point with the pop infectious “I.” Her new title track “Something New” is a kick-back and sultry song with a vibrant piano melody accompanied by a sombre chorus. If the instrumentation wasn’t enough to convince viewers of Taeyeon’s new transformation as an artist, the visual will certainly do the job as it is nothing less than genius.

The music video features Taeyeon fighting off her enemies and using her luggage as target practice as she hauls her bags off a cliff. There are symbolic undertones that are spread throughout the video which parallel Taeyeon’s real struggle with fame under a spotlight as she tries to navigate past haters and fake fans who try to pull her down. The song’s lyrics highlight a yearning to seek the unfamiliar but with the unfortunate knowledge that so does everybody else, which leads to dreams being all the same.

Once I open my eyes, like a habit, I look for something new
Not knowing it’s poison, the more it overflows
Like being trapped, everyone’s dreams become the same
As we turned around from the sound from really deep within 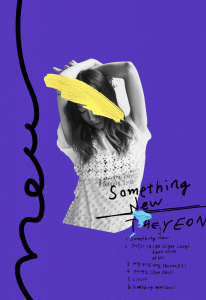 Taeyeon shows the conflict of people wanting something new but simultaneously ignoring the truth inside themselves for an unreachable reality. This relatable sentiment seems to continue throughout her album with the introduction of “Baram X 3” which is a play on the Korean words ‘wind’ and ‘unfaithful.’ “Baram X 3” is another low-key song that has Taeyeon wondering about her lover’s commitment to their relationship with the doubt creating a wind storm coming straight at her heart. The instrumentation of the catchy horns adds a playful emotion to the song without taking anything away from the heartbreaking confession of lost love.

Listeners of Taeyeon are aware that the singer isn’t a stranger to the love tropes and cliches that saturate the K-pop airplay. However, Taeyeon has always had an upper hand when it came to her musicality because of her skill to seemingly remake an overused motif into a fresh concept. This is largely due to her song’s production that seems to adhere to Taeyeon’s vocal tone and range. The song “One Day” is a perfect example of this as it begins with an enticing medley that suits Taeyeon’s soft vocals creating a luring effect. “One Day” seems to be a personal ballad where Taeyeon longs for the day she reunites once again with the one she loves.

Secretly write that day’s list
Mark on the calendar that only I know
Heart fluttering feeling like a young child
Day by day, it approaches, your birthday
Like a bouquet of flowers, I’ll give you happy 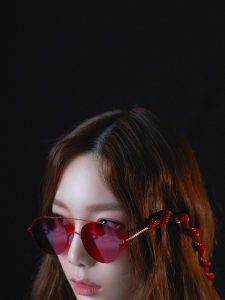 Although there are minimal flaws with Something New, one of the biggest is with the song “All Night Long” ft. Lucas from NCT. It’s noticeably subpar from the rest of the album with Lucas’s rap adding no substance whatsoever. “All Night Long” could have been improved if the beginning rap was removed and the song’s instrumentation was better produced. Instead, the track sounds like a bad attempt at trying to make a tropical feel-good beat but resulting in flat guitar reefs with uninspiring vocals.

In spite of “All Night Long,” Taeyeon shows she can bounce back from a stumble like a pro closing her mini album with “Circus,” a sweetly sung track that pulls the emotional card on its listeners. “Circus” definitely takes after her finer ballad tracks, most notably “Fine” and “11:11” while stilling holding its own ground with an emotional instrumental and a honey-dripping vocal performance by Taeyeon. “Circus” has Taeyeon describing her rollercoaster emotions everytime she is close to her lover, basking in the risk of love hoping that it will not lead to a loss.

Something New along with “Circus” is a definite showcase of Taeyeon’s artistry as a singer and her adaptability within different genres of music. With every release, Taeyeon solidifies herself as a true artist with layers to her creativity and image as a singer. No longer just an ‘idol,’ Taeyeon is breaking through to be recognized as a tour de force, with so much more left to reign.